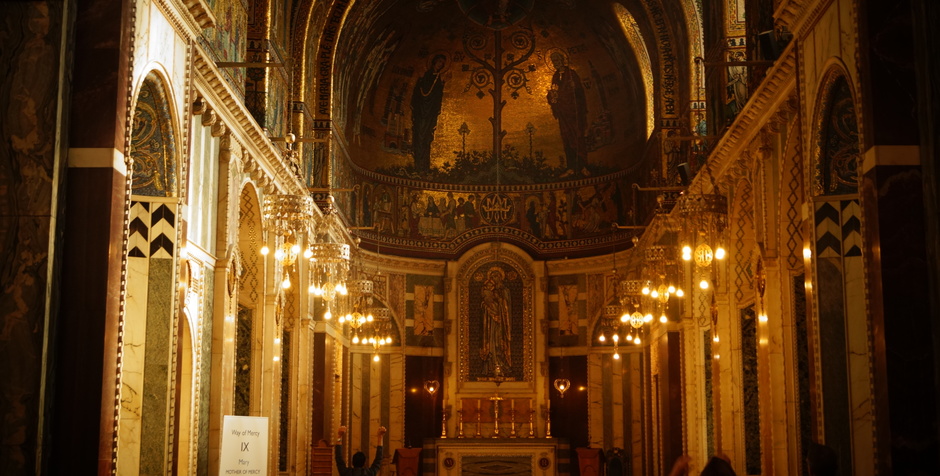 The ECLJ Supports the Referral to the Grand Chamber of the Greek-Catholic Parish Lupeni and others v. Romania case

The Greek-Catholic Parish Lupeni requested the referral of their case to the Grand Chamber for a new assessment. It concerns an action of recovery of the exclusive property and possession of a church that before its abusive transfer to the Orthodox Church in 1948 belonged to the Greek-Catholic Parish of Lupeni. Although this action was based on the general law (Article 480 of the Civil Code, as interpreted by the doctrine and the case-law), according to which the titles of property of the parties should be compared, the most characterized of them prevailing, by judgments of 11 June 2010 and 15 June 2011 respectively, the Court of appeal and the High Court rejected the action applying the criterion established in the special law (law-decree n° 126/1990), according to which the “will of the faithful of the local community owning the disputed properties” should be taken into account, without comparing the two titles.

On 19 May 2015, the Third Section of the Court adopted a judgment that validates the application by the internal tribunals of the criterion of the “will of the faithful” to establish the right to property over their church. Practically, this judgment affects severely the Greek-Catholic Church, as it makes impossible for the Greek-Catholic parishes to recover their properties and to worship in their former churches.

The Grand Chamber Panel of five judges will decide on this request most probably in its October meeting and their decision is very important, as currently, there are other pending cases before the Court on this issue: two already communicated to the Romanian Government- Greek-Catholic Parish Glod, Greek-Catholic Archdiocese Orastie and Greek-Catholic Parissh Orastie v. Romania (nos. 53528/07 and 32729/12) – and many other not yet communicated. Some other cases are still pending before the national tribunals, as very few properties were recovered.

It is to be noted that in 1948, the Greek-Catholic Church was composed by 2 million faithful, 5 bishops and an auxiliary bishop, 5 cathedrals, 3 theological academies, more than 1 900 parishes, more than 2 600 churches, 1 834 priests, 9 monastic orders having 28 monastic houses , 424 monks and nuns, 20 high schools for boys having 3 352 interns, 14 high schools for girls having 2 800 interns, 4 asylums and orphanages, 20 weekly and monthly reviews, 5 typographies.

The ECLJ supports the applicants’ request. We consider that the conclusions of the Third Section are based on an insufficient understanding of the situation of the property rights of the Greek-Catholic Parishes in Romania. Thus, we think that the validation by the Third Section of the Court of the application by the internal tribunals of the criterion of the “will of the faithful” to establish the right to property over their church constitutes a violation of the applicants right to court and to a fair trial, their right to property and their right to freedom of religion, and not to be discriminated in the exercise of those rights.

It should be recalled that on 4 August 1948, by the law-decree no. 177/1948, was decided the transfer of the Greek-Catholic faithful and of their properties to the patrimony of the Orthodox Church. On 1 December 1948, by the law-decree no. 358/1948, the Greek-Catholic Church was considered dissolved and its possessions transferred in the state’s patrimony, except the properties of the parishes which were transferred in the patrimony of the Orthodox Church.

The Greek-Catholics sought to recover the exclusive property and the possession of their churches that belonged to them before 1948 or the shared utilization of those churches with the orthodox, by gracious attempts or by bringing cases to court on the basis of the general law (action of recovery of property). They had no success, as the joint commissions either had never been constituted or they had never come to a result, as the Orthodox refused to return the churches to the Greek-Catholics or to share their utilization. Therefore, Greek-Catholics brought civil actions to courts attempting to recover their property rights over the churches, parish houses and lands. Nevertheless, until the judgment of 17 February 1999 of the High Court of Justice, the tribunals declared the applications inadmissible, judging that the Greek-Catholics should have address themselves before to the joint commissions, according to Article 3 of the law-decree no. 126/1990 and only afterwards to the courts. The tribunals also decided that in any case, their competence is limited to the assessment of the fulfillment of the criteria established by the law-decree no. 126/1990, especially whether “the will of the majority of faithful” was respected. This situation was sanctioned by the Court in Greek-Catholic Parish Sambata Bihor v. Romania (no. 48107/99) case.

After 2005, the Greek-Catholic parishes had the possibility to introduce an action before the tribunals in order to recover their property rights. Nevertheless, until the judgment of 27 September 2012 of the Constitutional Court, the tribunals applied divergently the internal law. Some cases were judged on the basis of the general law (Article 480 of the Civil Code, as interpreted by the doctrine and the case-law), according to which the titles of property of the parties should be compared, the most characterized of them prevailing, other cases were judged on the basis of the special law (law-decree n° 126/1990), according to which the “will of the faithful of the local community owning the disputed properties” will be taken into account. This situation was not sanctioned by the Third Section in Lupeni and others v. Romania case, although the Court recognized that the case-law of the internal tribunals were divergent after 2005 and only between 2012 and 2013, after the decisions concerning the applicants, it became more foreseeable. Thus, it is clear that the applicants did not enjoy an effective right to a fair trial.

Moreover, the application by the internal tribunals of the criterion of the “will of the faithful of the local community owning the disputed properties”, even if the so called other concrete elements of fact will be taken into consideration, leads inevitably to the impossibility for the Greek-Catholics to recover their property rights over their parishes and therefore to a violation of their right to access to court and of their right to property. It is obvious that today, the majority of the faithful in a community will always be Orthodox. Greek-Catholics can never be the majority in a community. Not after 42 years of clandestine existence, after being persecuted, outlawed and their properties given to the Orthodox Church. It is a wonder that they still exist today. Requesting them to be a majority in order to recover the properties that were built on their expenses is disproportionate and places them in the impossibility to do so. Thus, the application of this criterion imposes to the tribunals to proceed to a formal analysis of the case and favors the Orthodox and the remaining of the former Greek-Catholic churches in their patrimony.

Furthermore, considering that the right to property of the Greek-Catholic parishes over their churches depends on the “will of the faithful” and not on the existence of a title of property is a legitimation of an abusive transfer of property. The transmission of the right to property operates only in the framework of the Civil Code and not according to the “will of the faithful”.

Thus, ECLJ hopes to a new examination of the case as it is necessary to establish whether the applicants enjoyed effectively their rights under the Convention, namely the right to court and to a fair trial, their right to property and their right to freedom of religion, and not to be discriminated in the exercise of those rights.