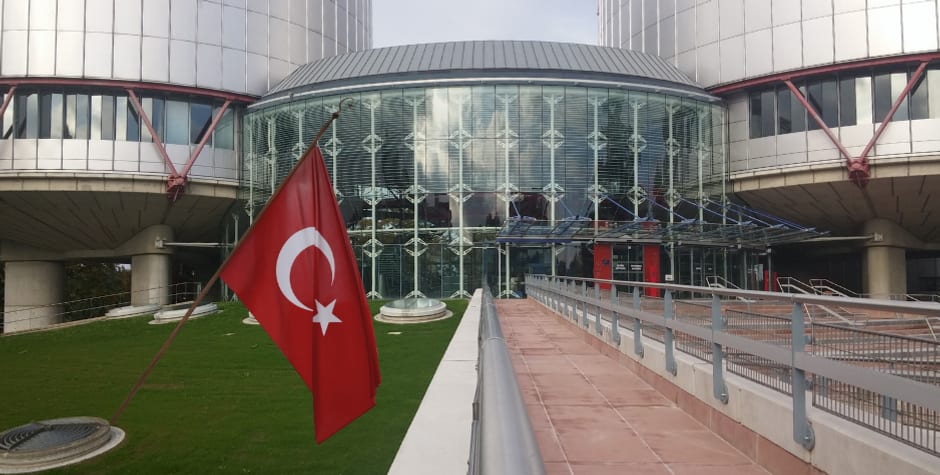 Expropriation by Turkey: the ECHR rules in favor of a Christian foundation

A foundation of the Greek Orthodox community in Constantinople, supported by ECLJ before the European Court of Human Rights, has just won a case against Turkey.  This foundation complained of the absence of any formal recognition of a property and of its expropriation by the Turkish administration.  On 15 November 2022, the ECHR found against Turkey for having violated the rights of this foundation to respect for its property.

A story that is more than a century old

The property being litigated is a piece of land which includes in particular a fresh water spring dedicated to Saint Nicholas.  To understand what is at stake, we have to go back more than a century.  According to the Ottoman judicial system in force until 1912, non-Muslim foundations did not have the right to own property in their own name.  The Greek Orthodox foundation, like many others, registered the property under the name of a fictitious physical person.  After a change to the law, in 1913 the Orthodox foundation asked to be registered as the owner of the land.

Throughout the whole of the 20th century, and up to this day, the Greek Orthodox foundation undertook repeated steps.  The fact that the foundation had indeed been in possession without interruption was not contested.  The Foundation fulfilled on several occasions the legal conditions for obtaining recognition of its ownership of the land.  But it met with repeated unjust refusals or approvals which led to nothing.  The cadastral plan which was supposed to indicate the owner of the land was left empty, as if there were no owner.

In 2004, the Public Treasury applied to a tribunal in Istanbul to be recognized as owner of the land.  The Greek Orthodox foundation made itself a party to the procedure in order to claim ownership of the land.  The tribunal found in favour of the Public Treasury in 2007.  The foundation lodged an appeal which was rejected in 2008, then it asked for a re-examination of the ruling which was refused the same year.  The appeal court found that the foundation had not provided sufficient proof to show, as the law demands, that it had owned the land “as the titular owner and for an uninterrupted period of over 20 years”.

In 2009, the Greek Orthodox foundation appealed to the ECHR.  Since then, other procedures initiated in Turkey have led to the same outcome: the expropriation of property.  In 2022, the ECHR handed down its judgement: “It does not appear from the decision in question that the arguments presented by the applicant (the foundation) have been truly heard, that is to say, duly examined by the tribunal.”  This was because the tribunal “did not adopt a reasoned and equitable approach in the establishing the facts” and did not “explain the motives” which led it to take its decision.

Following the judgement of the Court, Turkey is now obliged to compensate the Greek Orthodox foundation.  Above all, Turkey is now obliged to offer the foundation judicial procedures which provide sufficient procedural guarantees.  The foundation will then be able to use these procedures in order to try against to obtain recognition of its ownership of the property.  So the foundation has to start again from scratch but it can nonetheless hope that its argument will be properly heard when there is a new judicial procedure.  At the European level, the ECLJ can help this foundation again, by ensuring that the judgement of the ECHR is carried out by Turkey.  To this end, ECLJ will intervene with the Committee of Ministers of the Council of Europe.[1]

Systematic violation of the rights of Christians

However, it is regrettable that the ECHR has refused to examine the case in the light of Article 14 of the European Convention which forbids discrimination.  The Greek Orthodox foundation claimed that its expropriation was discriminatory, on the basis of its Christian religion.  It would have been interesting if the Court had dealt with this aspect of the problem, especially since it has already found against Turkey for violating the rights of the Greek Orthodox[2] and Armenian Churches[3]. These violations reveal that the Turkish state is pursuing a constant but unadmitted goal: to expropriate Christians.

More generally, although the Turkish constitution officially says that Turkey is a secular state, non-Muslims are in reality treated as second class citizens by the state, as a result of various kinds of discrimination. For example, the demands made on churches for the reconstruction of places of worship are discriminatory.  Christians, unlike Muslims, are in general obliged to purchase at least 2,500 m2 of land to build a church and they are not allowed to have them in certain places. Churches are regularly vandalized while those responsible are seldom searched for or prosecuted.

Furthermore, the Greek Orthodox and Armenian patriarchs are not recognized as moral persons. They are seeking a juridical recognition and their own rights in their capacity as patriarchs and not by means of the creation of foundations.[4] The fact that religious communities do not have the status of moral persons is in practice a discrimination against non-Muslim religions.  ECLJ has already tackled this issue in its observations on the case of Fener Rum Patrikliği (Ecumenical patriarchate) v. Turkey.

The emigration of Christian minorities

As a result of the discrimination from which Christian minorities suffer in Turkey, there has been a high level of emigration which has reduced their numbers.  In 1920 there were still 2 million Christians in Turkey[5]; today there are only 68,600 left and they represent 0.1% of the population.[6]  More particularly, whole the Greek Orthodox minority represented 200,000 believers at the beginning of the 20th century, there are only 3,000 of them left today.   This extremely low figure threatens the survival of Greek Orthodoxy in Anatolia.[7]  There are in addition 90,000 Armenian Orthodox and 7,000 Protestants.[8] These figures are only estimates from recent years because some Christians hide their identity for fear of discrimination and, in some cases, harassment.

[1] The Committee of Ministers is in charge of overseeing the implementation of judgements of the ECHR.  NGO scan intervene in the procedure : ECLJ has already made use of this possibility in the past.

[7] Elizabeth Prodromou, Rome and Constantinople, A Tale of Two Cities: The Papacy in Freedom, the Ecumenical Patriarchate in Captivity, Berkley Center for Religion, Peace and World Affairs, 22 mars 2013.