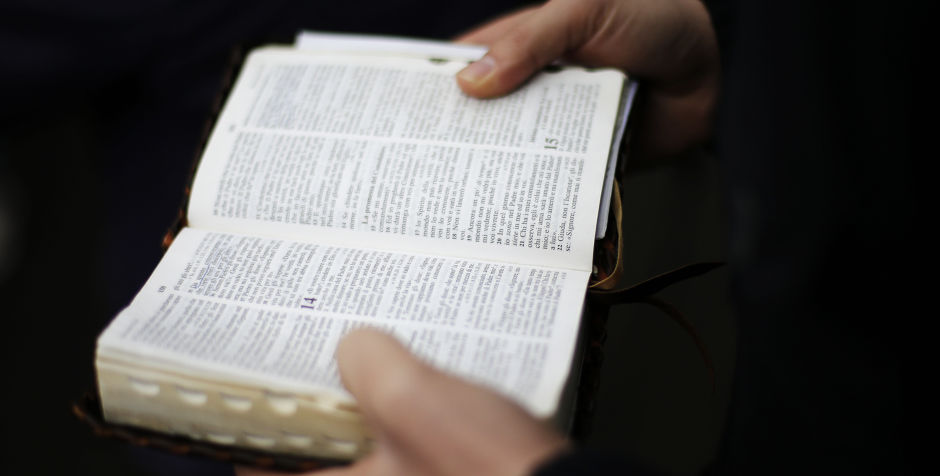 non-recognition of a priests’ union

This July 9, 2013, in the case Sindicatul "Pastorul cel Bun" v. Romania (No. 2330/09), the Grand Chamber of the European Court of Human Rights delivered a highly anticipated judgment about the freedom of churches to operate under their own rules, without arbitrary interference from the State, i.e. in accordance with the principle of autonomy of churches.

The Grand Chamber held that a State may, without violating the freedom of association guaranteed by the Convention (art. 11), refuse to recognize a priests’ union, because such recognition would violate the Church’s right to function according to its own canonical status, and therefore the principle of autonomy guaranteed by the European Convention of Human Rights on behalf of religious freedom (art. 9).

This ruling overturned by eleven votes against six, a previous judgment of January 31, 2012 in which the Third Section of the Court held that, on the contrary, the refusal to register a union established in the Orthodox Church was contrary to freedom of association guaranteed by Article 11 of the European Convention of Human Rights.

This Section’s first judgment was criticized because it was seriously infringing the freedom of churches by ignoring the specific nature of the relationship between the priest and the church, and by assimilating this relationship to a contractual subordination like employer/employee. In short, the judgment of January 2012 proceeded to a form of legal secularisation of internal churches’ relations, and paved the way for clergy’s claims, who, by invoking human rights, oppose their church. (See here the comment of the judgment in January 2012)

The Grand Chamber judgment, which is final, corrects the Section’s judgment and is more in line with the previous decisions of the Court by giving a wider scope to the principle of autonomy (Paras. 136-138) and recognizing that "members of the clergy assume obligations of a special nature in that they are bound by a heightened duty of loyalty, itself based on a personal, and in principle irrevocable, undertaking by each clergyman" (Para. 144).

Although the Grand Chamber came to the conclusion of non-violation, the judgment deserves some criticism for its reasoning on several points:

- Firstly, the Grand Chamber "considers that, notwithstanding their special circumstances, members of the clergy fulfil their mission in the context of an employment relationship falling within the scope of Article 11 of the Convention." (Para. 148) The Court did not recognize the specific nature of the relationship between a cleric and the church, and therefore that this relationship is different from "an [ordinary] employment relationship" to which civil law applies to

- In addition, the Grand Chamber found "that there is no indication in the present case that the members of the applicant union agreed to do so [waive their rights under Article 11] on taking up their duties." (Para. 146) In ruling that way, the Grand Chamber not only made a judgment on the content of religious commitment, which should be outside its jurisdiction, but more importantly, the GC misjudged, because all Orthodox clergy swear to respect the Church’s laws at the time of their engagement.

- Finally, the Grand Chamber set out the conditions for invoking the principle of autonomy. Stating straightaway that "a mere allegation by a religious community that there is an actual or potential threat to its autonomy is not sufficient" and thatthree conditions must be met so the respect of the Church’s autonomy can justify an interference in a Convention right, as the non-recognition of the union (Para. 159).

To meet these three conditions it must be thus demonstrated that:

1) "in the light of the circumstances of the individual case, that the risk alleged [threat to its autonomy] is real and substantial";

2) "and that the impugned interference with freedom of association does not go beyond what is necessary to eliminate that risk";

3) and that the interference "does not serve any other purpose unrelated to the exercise of the religious community’s autonomy" that is to say, it is not an excuse.

The Court then states that it is up to national courts to ensure the respect of these three conditions, "by conducting an in-depth examination of the circumstances of the case and a thorough balancing exercise between the competing interests at stake" (Para. 159). In other words, it is the responsibility of the civil court to judge in each case. The freedom of the Church is not, as such, opposable to the State.

By submitting like so the respect of churches’ autonomy to a well-considered and detailed examination of civil judges, the Grand Chamber gives jurisdiction to the civil courts to settle internal church disputes, and wanders from its previous jurisprudence that was more respectful of religious freedom and of the separation of State and churches. In the judgment Fernández Martínez v. Spain of May 15, 2012, which was also referred to the Grand Chamber, the Court established the principle that "the requirements of the principles of religious freedom and neutrality preclude it from carrying out any further examination of the necessity and proportionality of the [contested] non-renewal decision" when the circumstances of the case are of a "strictly religious nature", the role of the Court must then be "confined to verifying that neither the fundamental principles of domestic law nor the applicant’s dignity have been compromised." (Para. 84, see here the commentary ECLJ - in French only).

Finally, the last paragraph abruptly states that the "State enjoys a wider margin of appreciation in this sphere, encompassing the right to decide whether or not to recognise trade unions that operate within religious communities and pursue aims that might hinder the exercise of such communities’ autonomy." (Para. 171) Somehow, the last paragraph clarifies that if Romania can actually not recognize this union for the sake of religious freedom; this case does not prohibit other States to recognize such unions.

In a nutshell, the Grand Chamber said that States can uphold the freedom of the Church, whereas the Section’s judgment used to say that they should not respect it. There is therefore a certain progress. However, the Grand Chamber remains silent as to the circumstances in which the State must respect the churches’ freedom. Freedom of the Church is not opposed to the State; the State becomes the "guardian" for it, for better or for worse.

Finally, the Grand Chamber judgment is a judgment of compromise that reflects the internal division of the Court on issues of society and religion. Six judges, including the President of the Court himself, have been placed in minority, and wrote a dissenting opinion according to which the union recognition would not have prejudiced the Romanian Orthodox Church.

The European Centre for Law and Justice is working on this case since 2010 and intervened as third party in front of the Section and of the Grand Chamber. After the Chamber’s judgment the ECLJ strongly committed itself for a referral of the case to the Grand Chamber by organizing a seminar at the Council of Europe, by participating in another seminar in Bucharest, and through various publications. The Romanian Orthodox Archdiocese of Craiova was also involved throughout the process.

Moldovan, Polish, Georgian, Greek and Russian Governments as well as the Orthodox Patriarchate of Moscow, and American non-governmental organizations Becket Fund and International Center for Law and Religion Studies have joined the proceedings before the Grand Chamber to support the Romanian government and the church.

In a religious and geopolitics perspective, this convergence between European and American Christian denominations who have joined together to defend their freedom at the Strasbourg Court should be noted. This was the case already in Lautsi v. Italy, in which the Grand Chamber also found, in contrast to a judgment of the Section that the presence of crucifixes in Italian classrooms of public schools was not contrary to the Convention.

Written observations of the ECLJ presented to the Chamber in December 2010 – French Only
Section’s Judgment of January 31, 2012

ECLJ comments on the Section ruling of January 31, 2012
Written observations of the ECLJ submitted to the Grand Chamber on September 7, 2012

Grand Chamber Judgment of July 9, 2013
Document of a hearing about the autonomy of the Church in the recent jurisprudence of the European Court of Human Rights organized at the Council of Europe on June 7, 2012 – French Only.

Note on the Catholic Church’s freedom and institutional autonomy, on the occasion of the examination by the European Court of Human Rights of the Sindacatul "Pastorul cel Bun" versus Romania (No. 2330/09) and Fernandez Martinez versus Spain (No. 56030/07) cases.