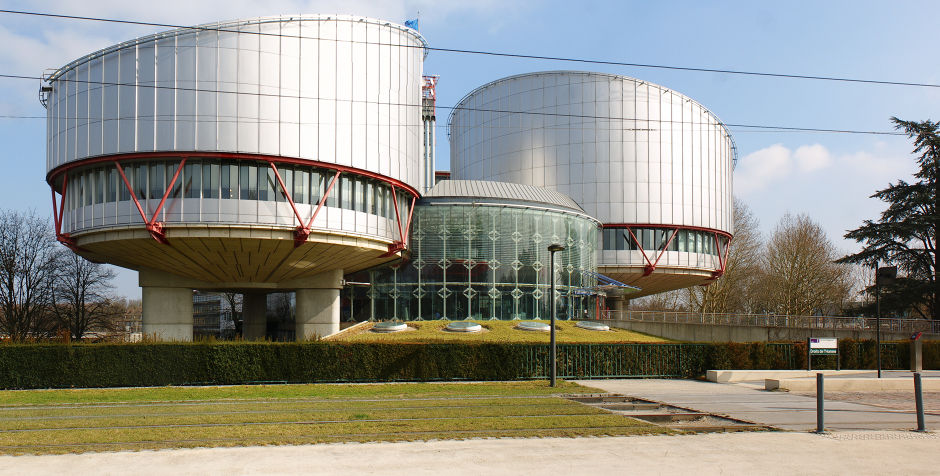 H. v. Finland: No obligation for states to allow same-sex marriage or any legal status

On the 16th of July 2014 the Grand Chamber of the ECHR confirmed the Fourth Section of the Court’s judgment founding no violation of the right to private and family life in Hämäläinen v. Finland (no. 37359/09) case.

The application concerns the complaint of a male-to-female transsexual who wanted to obtain a female identity number without transforming his marriage into a civil partnership. As gender and sex are not equivalent, the official legal recognition of his new gender would have implied a same-sex marriage, which in Finland is not allowed. The Finish law only allows marriage between persons of opposite sex in order to maintain the traditional marriage intact. Under those circumstances, according to national law, the applicant had nevertheless the choice between transforming his marriage into a civil partnership with the consent of his spouse, remaining married and tolerating the inconvenience caused by the male identity number or divorcing his spouse. He refused to make a choice and complained to the ECHR, alleging essentially that his right to private and family life had been violated and that he had been discriminated (article 14 taking in conjunction with article 8 of the Convention).

The Grand Chamber of the Court, contrary to the Fourth Section approach, analyzed the case from the perspective of whether there is a positive obligation of the state to ensure effective respect for the private and family life by recognizing same-sex marriage or any other legal status for the same-sex couples and not from the perspective of a negative obligation of the state not to interfere arbitrarily in the private life of the applicant.

The Grand Chamber was very clear in affirming that there is no obligation for the member States neither under article 8, nor under article 12 of the Convention to allow same-sex marriage or to offer any other legal status to same-sex couples: “The Court reiterates its case-law according to which Article 8 of the Convention cannot be interpreted as imposing an obligation on Contracting States to grant same-sex couples access to marriage. The Court has also held that the regulation of the effects of a change of gender in the context of marriage falls to a large extent, though not entirely, within the margin of appreciation of the Contracting State. Furthermore, the Convention does not require that any further special arrangements be put in place for situations such as the present one” (§ 71); “While it is true that some Contracting States have extended marriage to same-sex partners, Article 12 cannot be construed as imposing an obligation on the Contracting States to grant access to marriage to same-sex couples” (§ 96).

Furthermore, the Court reiterated the principle according to which, on moral and sensitive issues and in the absence of an European consensus on the matter, the state enjoys a wide margin of appreciation in deciding whether to allow same-sex marriage and how to deal with gender recognition in the case of a pre-existing marriage:  “Thus, it cannot be said that there exists any European consensus on allowing same-sex marriages. Nor is there any consensus in those States which do not allow same-sex marriages as to how to deal with gender recognition in the case of a pre-existing marriage. (…) In the absence of a European consensus and taking into account that the case at stake undoubtedly raises sensitive moral or ethical issues, the Court considers that the margin of appreciation to be afforded to the respondent State must still be a wide one. This margin must in principle extend both to the State’s decision whether or not to enact legislation concerning legal recognition of the new gender of post-operative transsexuals and, having intervened, to the rules it lays down in order to achieve a balance between the competing public and private interests” (§ 74 and 75).

The Grand Chamber further underlined the legitimacy of the state to maintain the traditional marriage intact: “In devising this legal framework, the Finnish legislature has opted for reserving marriage to heterosexual couples, this rule being capable of no exceptions” (§ 81).

Turning to the concrete situation of applicant and examining the Finish domestic law, the Court pointed out that several choices, and not obligations, were offered to the applicant: to keep his statu quo remaining married and tolerating the inconveniences that may arise from being identified by the masculine sex, to transform his marriage into a civil partnership or to divorce (§§ 76-78).

As long as the essence of the applicant’s complaint is the legal recognition of the gender change while legally protecting his relationship, the Grand Chamber noted that both wishes of the applicant are fulfilled by Finland: “the system provides both for legal recognition of the new gender and legal protection of the relationship. The system works both ways, thus providing not only for a marriage to be converted into a registered partnership but also for a registered partnership to be converted into a marriage, depending on whether the gender reassignment surgery has the effect of turning the existing relationship into a same-sex or a heterosexual partnership ” (§ 80).

Moreover, the transformation of the marriage into a civil partnership confers to the relationship of the applicant almost the same protection as to a marriage: “the Court considers that the differences between a marriage and a registered partnership are not such as to involve an essential change in the applicant’s legal situation. The applicant would thus be able to continue enjoying in essence, and in practice, the same legal protection under a registered partnership as afforded by marriage” (§ 83). The effects of the change for the applicant will be “minimal or non-existent” (§ 85) and applicant and his wife will be also able to keep the rights achieved during their marriage, such as the length of the relationship when calculating a widower’s pension (§ 84). As to their family life, nothing will change on the paternity of the applicants daughter or on the parental responsibilities of her parents (§ 86), therefore the change to a civil partnership would have no implications for them.

For those reasons, the Grand Chamber concluded the following: “In the Court’s view, it is not disproportionate to require, as a precondition to legal recognition of an acquired gender, that the applicant’s marriage be converted into a registered partnership as that is a genuine option which provides legal protection for same-sex couples that is almost identical to that of marriage” (§ 87).

ECLJ welcomes this judgment as it reaffirms the freedom and the legitimacy of the member States to protect the marriage between a man and a woman, their wide margin of appreciation on moral and sensitive issues and the inexistence of a positive obligation of the member States under the Convention to allow same-sex marriage or any other legal recognition of the same-sex couples.