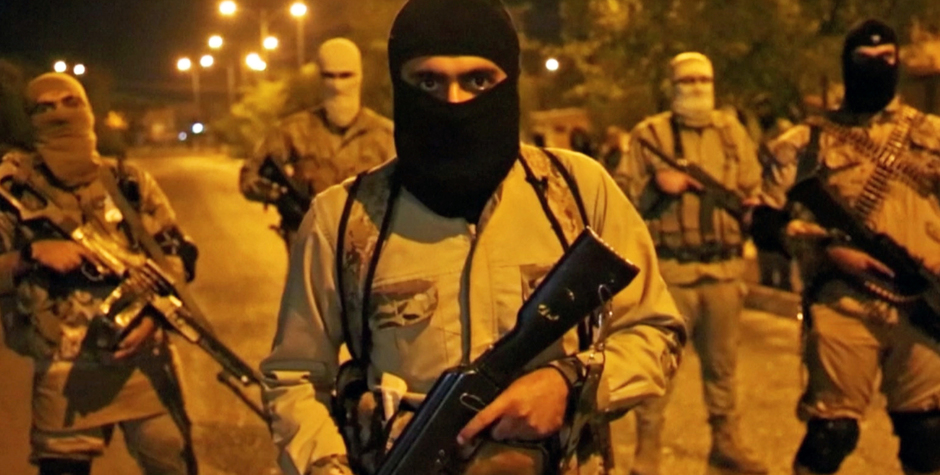 The Secretary-General has received the following written statement which is circulated in accordance with Economic and Social Council resolution 1996/31.

On 4 July 2014, Abu Bakr al-Baghdadi, leader of the so-called “Islamic State” (formerly known as ISIS[2] or ISIL[3]), delivered a sermon at the Grand Mosque in Mosul, Iraq. He claimed the mantle of caliph and called on fellow Muslims to obey him as they would Allah and Muhammad. Al-Baghdadi (Caliph Ibrahim) grew up in Samarra, studied Islamic history, and gained a doctorate from Baghdad University[4].  After 2006, al-Baghdadi joined the predecessor to ISIS, the Islamic State of Iraq[5]. In 2010, al-Baghdadi became the leader of ISI[6] and changed the name of the organisation to ISIS in 2013. Under al-Baghdadi’s leadership, ISIS has secured revenue streams through oil sales from ISIS-controlled oil fields, ransom payments, and cash and precious metals looted from banks[7]. ISIS’ cash and assets are worth approximately two billion dollars[8].

ISIS has emerged as so ruthless that other well-known, radical Islamist groups have distanced themselves from ISIS and have publicly condemned ISIS’ actions[9]. ISIS jihadists commit violence against fellow Muslims in violation of Sharia; they routinely commit war crimes and engage in torture in violation of international law; and they also issue threats to Muslim, Christian, and Jewish communities. ISIS is especially dangerous because, not only are ISIS leaders and fighters ruthless, but they also have sufficient material assets to support a standing military force and they possess the will to use weapons of mass destruction.

Claiming to uphold Allah’s law, ISIS, in fact, routinely violates Sharia, which forbids a Muslim from killing another Muslim unless certain conditions are met[10]. ISIS routinely kills Muslims and non-Muslims alike even when they have not taken up arms against ISIS. Such killings constitute violations of Islamic law and morality as well as war crimes.

ISIS routinely tortures its enemies in violation of international law. ISIS operates several detention facilities, which it uses to punish those who break Sharia or oppose ISIS. Individuals suspected of violating Sharia or opposing ISIS, including young children, have been abducted and transported to prisons, where they have been flogged, tortured, and executed[11]. Other targets for imprisonment include: members of the media, local councils, rival rebel groups, international organisations, and foreign religious figures[12]. Former detainees describe various modes of torture common in ISIS prisons: beating detainees with “generator belts, thick pieces of cable, sticks or other implements”[13]; forcing detainees to remain in “contorted stress position[s]”[14]; giving electric shocks[15]; solitary confinement[16]; and flogging[17].

ISIS routinely targets civilians and soldiers rendered hors de combat and executes summary justice against civilians and soldiers in the most brutal, inhumane ways possible. ISIS’ penchant for violent, public executions began in March 2014 when ISIS accused a shepherd of murder and theft and executed him by shooting him in the head[18]. In a grotesque, symbolic display of authority, ISIS fighters tied the corpse to a cross and displayed it in the public square[19]. Again, in May 2014, ISIS publicly executed seven men in al-Raqqa, Syria, hanging two of the bodies on crosses and leaving them there for over three days[20]. A witness to the killings claimed that the other five bodies were not displayed because they were all children[21]. On 29 May 2014, ISIS members executed at least 15 civilians in northern Syria by shooting them in the head or chest[22]. Residents said that at least six children were among those killed[23].

Since ISIS’ surge into Iraq, the group has escalated its violent shows of force. On 15 June 2014, ISIS released video footage of five unarmed Iraqi soldiers being taunted and forced to praise ISIS, before being shot[24]. On that same day, ISIS used social media to spread photographs and videos depicting massacres at seven different sites in Iraq[25]. ISIS claimed to have killed over 1,700 Iraqi soldiers[26]. An ensuing analysis done by Human Rights Watch concluded that, in two mass graves near Tikrit, Iraq, ISIS left the bodies of between 160 and 190 men it had executed[27].

On 13 June 2014, ISIS posted a picture of a decapitated head on Twitter, along with the following text: “This is our football, it’s made of skin #WorldCup” [28]. By using the “WorldCup” hashtag, ISIS managed to expose the gruesome photograph to thousands of innocent Twitter users who were simply following the FIFA World[29]. Desecrating a body is forbidden by the law of armed conflict[30].

Throughout mid-June 2014, ISIS carried out numerous executions in Iraq. Witnesses have testified that ISIS has shot dozens of soldiers and policemen, concluding their gruesome killings by decapitating their victims and placing rows of decapitated heads along the road in Mosul[31]. One ISIS militant tweeted a picture of his seven-year-old son holding the decapitated head of a Syrian soldier accompanied by the quote “That’s my boy!”[32].

Torture, intentionally targeting civilians, killing soldiers in custody and unable to defend themselves, desecrating corpses, genocide, and the like are commonplace with ISIS. They all constitute war crimes[33].

In Mosul, Christians faced death unless they converted or paid a fine, called Jizya[34], in accordance with Sharia[35]. In Mosul, ISIS militants tagged Christian houses with the letter “N” for Nassarah, a common term used for Christians in the Quran[36], so that jihadist terrorists could attack them.

Nearly 50,000 Christians have been displaced from Qaraqosh, including those who fled from neighboring Mosul[37]. Yazidis, Shias, and liberal Muslims have also been displaced from the region[38]. ISIS views these groups as “infidels without human rights”[39].

Canon Andrew White, Vicar of the Anglican Church in Baghdad noted with horror that a Christian “child was cut in half” by ISIS “monsters”[40].

In addition to Mosul and Qaraqosh, three other villages were attacked, two of which are predominantly Christian[41]. Archbishop Dawod of the Syriac Orthodox church called ISIS’ targeting of Christians a “genocide [or] ethnic cleansing”[42]. He stated, “[t]hey have burned churches . . . They are occupying our churches and converting them into mosques”[43].

Tens of thousands of members of the Yazidi sect became stranded on Mount Sinjar when ISIS militants surrounded it[44]. ISIS ordered the Yazidis to either convert or die[45]—a video released by ISIS shows hundreds of Yazidi men converting to Islam[46].

Moreover, ISIS has even threatened to destroy the Kaaba in the Grand Mosque in Mecca[47].  This is consistent with ISIS’ practice of destroying shrines, tombs, mosques, and other religious sites[48]; ISIS believes that giving veneration to these things violates Islamic teachings[49].

On 25 June 2014, ISIS threatened the United States and Israel by using social media to post warnings and pictures of executed victims.[50] In an audio recording posted online, al-Baghdadi implores Muslims to fight for the newly established Islamic State, even declaring they “will conquer Rome and own the world”[51]. On 19 August 2014, ISIS released the video showing the beheading of American journalist James Foley[52].

Additionally, an ISIS-affiliated terrorist organisation has threatened death to the Moroccan Minister of Justice and Liberties[53]. In June 2014, Lebanon suffered a series of attacks by suicide bombers thought to be associated with ISIS[54].

ISIS openly threatens everyone it sees as an opponent to its version of Islam. What makes ISIS especially dangerous is its possession of both the means and will to use the means to carry out its threats.

Coupled with its fanatical ideology is the fact that ISIS has huge amounts of money, military equipment, and materials available to carry out its threats. ISIS has captured significant amounts of high-tech U.S. military equipment abandoned by the Iraqi armed forces[55]. These weapons make ISIS a formidable foe in the region.

ISIS also possesses radiological material that could be used to make dirty bombs[56]. It is not beyond imagination that ISIS could also obtain chemical weapons from Syria. Were ISIS to obtain increasing numbers of weapons of mass destruction, the global danger of this group would increase exponentially.

With such weapons and funding, ISIS has been able to make strong advances across Syria and Iraq. ISIS forces have even expanded fighting into Lebanon[57]. On 3 August 2014, ISIS captured Mosul Dam in Iraq in a mere twenty-four hours[58].

ISIS’ recent actions in Syria, Iraq, and Lebanon demonstrate a tangible, widespread threat to individual human rights, regional stability, and global peace, a threat that the world neglects at its peril. Western and moderate Muslim nations must come to terms with the threat posed by ISIS’ actions.

[3]ISIL stands for Islamic State of Iraq and the Levant.

[34]Fight those who believe not In Allah nor the Last Day, Nor hold that forbidden Which hath been forbidden By Allah and His Messenger, Nor acknowledge the Religion Of Truth, from among The People of the Book, Until they pay the Jizyah With Willing Submission, And feel themselves subdued. Quran, supra note 10 at 9:29.

[51]Christopher Livesay, Rome Is Not Intimidated By Isis Threats To Conquer It For The Caliphate, VICE News (11 July 2014), https://news.vice.com/article/rome-is-not-intimidated-by-isis-threats-to-conquer-it-for-the-caliphate.

Surrogacy: A Violation of Human Rights