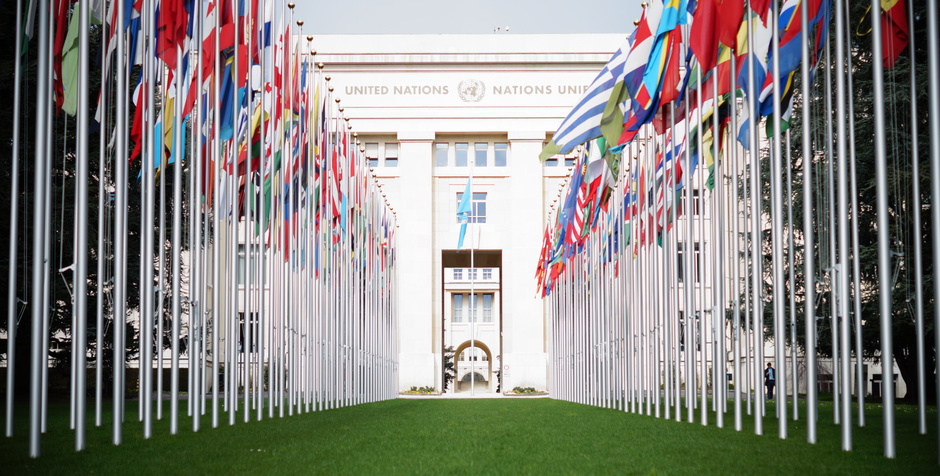 With the advances in medicine, premature babies can be saved as early as 21 weeks. The figures in the United Kingdom show that five babies born at less than 22 weeks gestation out of 247 born alive lived for at least a year, 11 out of 171 1 born at 22 weeks lived, and 76 out of 332 born at 23 weeks survived.

At present, abortion is available on demand the first three month of pregnancy in most Council of Europe countries. In some of them, abortion is legal later, either on demand, like in the United Kingdom (24 weeks), Norway and in Spain (22 weeks) or in case of serious anomaly (though not necessarily fatal) during the second trimester or even until birth in France and the UK. In other words, abortion is possible in some countries for viable foetuses.

Late abortion is technically difficult to perform, therefore it happens that viable babies who were supposed to be aborted are born alive.  Early in the pregnancy, the foetus will die within a few minutes, but after 21 weeks, some can breathe unaided for a 2 long while. In 2007, a study published in the British Journal of Obstetrics and Gynecology  concluded that about 1 in 30 abortions after 16 weeks’ gestation result in a born-alive infant. At 23 weeks’ gestation, the number reached 9.7%. Most of the time, these babies are left to die without any care, not even a blanket , left alone in a room or a closet. Sometimes they are killed, either by lethal injection, asphyxiation or even by breaking their spine. In the CEMACH 2007 Perinatal Mortality report, which gathered data from hospitals in England and Wales during 2005, it was revealed that: “Sixty-six of the 2235 neonatal deaths notified in England and Wales followed legal termination (predominantly on account of congenital anomalies) of the pregnancy i.e. born showing signs of life and dying during the neonatal period. Sixteen were born at 22 weeks’ gestation or later and death occurred between 1 and 270 minutes after birth (median: 66 minutes). The remaining 50 fetuses were born before 22 weeks’ gestation and death occurred between 0 and 615 4 minutes after birth (median: 55 minutes)” p. 28 . In other words, one of these newborns breathed unaided for more than ten hours. Once a child slated for death by abortion is born alive, no medical help is offered to him. On the contrary, “Guidance from the Royal College of Obstetricians and Gynaecologists recommends babies over 22 weeks which survive abortion  5 should have their hearts stopped by lethal injection” . In other words, doctors are recommended to kill newborns, while they are trying to save premature babies of the same gestational age. In 2004, delegates to the British Medical Association’s annual conference in Llandudno voted 65 per cent in favour of a motion that said children born alive after 6 an attempted abortion should be given the same care and treatment as other infants .  CEMACH chief executive Richard Congdon said lethal injection had not been given in the 16 abortions over 22 weeks' 7 gestation because death was "inevitable".

Department of Health figures show that abortion is rising, with 193,700 abortions in 2006, and 2,948 carried out over 20 weeks. The majority of these - 2,036 - were for major abnormalities. In other words, more than 900 late abortions were for “social” reasons. A little girl with Down's Syndrome, born alive after a botched abortion at 21 weeks, lived for three hours after being delivered. Her parents claim they were coerced into a termination by staff at Macclesfield District General Hospital. 8 They were later told that their baby had not "really" been alive, even though she was clearly breathing . In 2005 a boy in Manchester was born alive at 24 weeks after surviving three attempts to abort him. When the case was 9 reported in 2010, he was a five-year-old schoolboy .  In 2005, the British Journal of Obstetrics and Gynaecology published the findings of Dr. Shantala Vadeyar, a researcher in Manchester who said that children as young as 18 weeks had been known to survive for a time outside the womb after attempted abortions. Vadeyar revealed that in the North West, between 1996 and 2001, at least 31 children 10 survived attempted abortions . In 2010, a 22 week newborn was found alive in Italy 20 hours after a failed abortion. He was then taken in intensive 11 12 care, where he died the next day . He had been rejected because of a cleft lip and palate , which is not a serious abnormality and is treatable by surgery. It was the second case involving a foetus of that age surviving the procedure in just three years. The other involved a baby in Florence who weighed just 17oz when he was aborted at 22 weeks because of a suspected genetic disorder, but lived for three days.  13 In Norway , following an investigation into complaints by midwives that late-term abortions were taking place in the 14 country in contravention of the law, the Norwegian Broadcasting (NRK)  revealed that statistics from the country's Public Health Institute (Folkehelseinstituttet) showed that from 2001 to 2009, five babies were aborted after the 22 weeks limit. Between 2010 and 2011, 12 such late-term abortions were carried out. Some of the aborted children’s 15 hearts continued beating for between 45 and 90 minutes . In January 2014, the Parliament has adopted a law banning all abortions after 22 weeks, the official threshold of viability. It is difficult to obtain figures, because hospitals do not willingly report such cases and governments are often unwilling to disclose them. Even statistics on late abortion are often concealed or minimized. For example, in France, abortion is legal on demand until 14 weeks. Late abortion for medical reason appears in a category “15 weeks and more”, which means until the end of pregnancy. No data registers the gestational age and birth weight. In France, according to the 16 official data, there are more than 3000 abortions after 15 weeks, but only one third qualify as medical terminations. France is the European country with the highest number of stillbirths (9.2 for 1000 births) : late abortion accounts for 18 more than half of them, but they are not distinguished by official statistics.

In the CEMACH 2007 Perinatal Mortality report, the case of the 66 babies who survived abortion and were left to die 19 was revealed and caused great emotion . In the following reports, no mention of neonatal death following failed 20 abortion appears . Foetuses delivered after a late abortion are no longer mentioned. Moreover, all statistics are given “excluding notified terminations of pregnancy”. In Canada, official data includes babies born alive after an abortion, 622 babies were born alive and left to die after 21 failed abortion between 2000 and 2011 , with an increase after 2007. There were 290 between 2000 and 2006 (on average 41.42 a year) and 332 between 2007 and 2011 (on average 66.4 a year). Canada has allegedly decided not to 22 publish late abortion figures any longer . In the United States, information that babies were found struggling for life in a basin and nurses were told to leave them alone because they were aborted; that babies were brought to a “soiled utility room” and left to suffer and die alone, 23 sometimes after many hours , sparked the federal Born Alive Infant Protection Act (2002). 28 States now have similar laws. However, some dreadful cases still occur. In 2011, abortionist Kermit Gosnell was arrested. According to testimony by former employees, Gosnell and his assistants killed “hundreds” of newborn babies who were born alive by 24 severing their spinal cords . Gosnell was able to run his clinic for years because, though abortion is illegal after 24 weeks, Pennsylvania’s Department of Health had stopped auditing abortion clinics because inspections would be 25 'putting a barrier up to women' seeking abortions .  In the US, some people who survived abortion attempts, especially saline abortion, gathered in the abortion survivors 26 network .  27 Scientific studies prove that the foetuses are responsive to touch after 8 weeks , They have the "physical structures 28 necessary to experience pain" . Scientifics ‘have observed that the fetus reacts to intrahepatic vein needling with 29 vigorous body and breathing movements, which are not present during placental cord insertion needling” . As a consequence, a number of States, including a dozen states in the US, have to this day enacted laws requiring physicians 30 to inform women seeking abortions that the foetus feels pain and to offer them anaesthesia . After 20 weeks, a foetus feels pain and can survive in case of premature birth. Therefore, ECLJ invites UN competent bodies to request the universal prohibition of abortion after 20 weeks, even in case of serious anomaly.

Surrogacy: A Violation of Human Rights