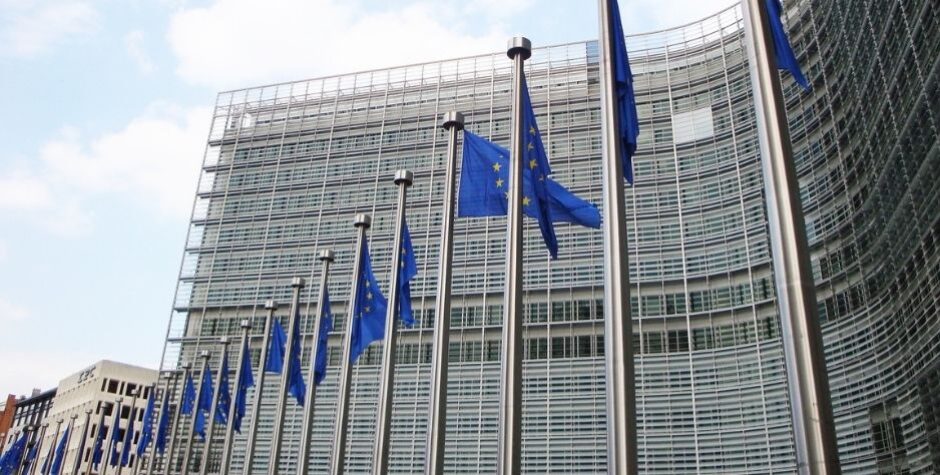 The Double Standard of the Commission

Report on the Rule of Law in Europe: the "double standard" of the European Commission

On September 30, the European Commission published a report on the state of the rule of law in the 27 member states of the European Union. This is the first act of an exercise that will now be repeated every year as part of a new "European rule of law mechanism" that the Commission and the European Parliament would like to impose on the 27. In the part of the report concerning the Union as a whole, the Commission explains that "The rule of law mechanism is one element of a broader endeavour at EU level to strengthen the values of democracy, equality, and respect for human rights, including the rights of persons belonging to minorities. It will be complemented by a set of upcoming initiatives including the European Democracy Action Plan, the renewed Strategy for the Implementation of the Charter of Fundamental Rights, and targeted strategies to address the needs of the most vulnerable in our societies to promote a society in which pluralism, non-discrimination, justice, solidarity and equality prevail."

The intention of the Commission and the majority of the Parliament is to circumvent Article 7 of the Treaty on European Union, since it makes a unanimous vote of all other member states a condition for deciding to sanction a member state for failure to respect the rule of law or "serious violations of the values of the Union". In addition, the EU institutions are seeking to expand and detail the "values" subject to the Commission's supervision since the Commission now claims, in the words of Commission President Ursula von der Leyen when presenting this first report, to "continue working with the national authorities to find solutions, to guarantee people's everyday rights and freedoms". The statements by Vera Jourová, Vice-President for Values and Transparency, and Didier Reynders, the Commissioner for Justice and Consumers, also confirm the Von der Leyen Commission's view that some member states of the European Union would have "serious problems" with the rule of law and European values, and that the Commission should therefore exercise oversight in this area.

This initiative of the Commission comes in the context of the ongoing budgetary negotiations between the Council and the European Parliament, which are marked by the major conflict over the conditioning of European funds on the Commission's assessment of the respect for the rule of law in member countries.

This new annual report on the respect for the rule of law in the 27 EU member countries is therefore not to be taken lightly since, as stated in its introduction for the EU as a whole, "The assessments provided in the annual report would be a reference point". At the same time, according to the Commission, this report will be "covering all Member States on an objective and impartial basis".

The publication of this report has not silenced the accusations that have been circulating from Warsaw and Budapest about the instrumentalization of the rule of law and European values for political and ideological purposes. The publication of this report seems to have reinforced the willingness of Poland and Hungary to veto the multiannual financial framework for 2021-27 and the Next Generation EU recovery plan if there were to be a mechanism to make the disbursement of funds dependent on the respect of the rule of law and of European values.

For its first annual report on the state of the rule of law in the European Union, the Commission focused on "four main pillars with a strong bearing on the rule of law: national justice systems, anti-corruption frameworks, media pluralism and freedom, and other institutional issues related to the checks and balances essential to an effective system of democratic governance." Let's not dwell on the fact that these are areas of national competence under the European Treaties, but rather on the "objective" and "impartial" nature of the report, taking up some of the major criticisms levelled at Poland and Hungary, the two countries for which the Commission and the European Parliament have launched sanction proceedings under Article 7.

The question of the Constitutional Courts

Regarding Poland, as stated in the chapter on this country, "Various aspects of the justice reform raise serious concerns as regards the rule of law, in particular judicial independence. This is the main focus of the Article 7(1) TEU procedure initiated by the European Commission, which is still under consideration by the Council."

Surprisingly, the Commission blames only Poland for this.

The same selectivity of the Commission's criticisms can be observed with regard to the Judicial Council.

In Poland, the reform that came into force in 2018 changed the method of appointing the fifteen judges who are members of the National Judicial Council (KRS). Previously appointed by their peers for a four-year term, these five judges are now appointed by the Diet by a three-fifths majority or, if such a majority is not reached in a first vote, by a second vote in which each deputy appoints his or her preferred candidate; the 15 candidates with the highest number of votes are then appointed to the KRS. This new method of appointment is at the heart of the European Commission's accusations against Poland for violating the independence of the judiciary. It is still the subject of the "concerns expressed by the Commission" in its report published on September 30.

For its assessments of the rule of law, the European Commission claims to rely, inter alia, on the Venice Commission, a consultative body of the Council of Europe, which in an opinion issued on December 11, 2017, considered that a council of the judiciary should, to meet European standards, have a majority of members appointed by the magistrates themselves. The Commission also claims to rely on the opinions of the European Network of Councils for the Judiciary (ENCJ), which in September 2018 suspended the Polish KRS's membership on the grounds that it no longer met the criteria of independence from the executive and legislative powers, which is a condition for membership in the ENCJ.

This concept of an independent judiciary that controls the other two powers and controls itself autonomously is questionable, especially after the scandals that have shaken the Italian Judicial Council this year, some members of which apparently conspired against the former Minister of the Interior.[2] The Commission's report makes no mention of this scandal, nor does it mention the serious questions that have arisen this year as well about Silvio Berlusconi's conviction (along with a sentence of ineligibility) by the Italian Court of Cassation in 2013. At the end of June, these questions led former European Parliament President Antonio Tajani to speak of a veritable judicial coup d'état against Italian democracy. Although the European Commission mentions, without specifying them, some of the problems that occurred in 2019 within the Italian CSM, it does not see this as a threat to Italy's rule of law. In contrast to the chapters on Poland and Hungary, these problems are simply mentioned briefly in a neutral, descriptive tone, with only a warning that the announced reform (following the scandal) of the Superior Council of Magistracy would call into question the independence of the judiciary.

But what is most striking is that the Commission has no problem with the fact that, as in Poland after the reform, in Spain "Parliament is responsible for appointing the members of the Council [General Council of the Judiciary] from the judiciary, after receiving from the Council a list of candidates who have obtained the support of an association of judges or 25 judges. New members of the Council are appointed by a qualified three-fifths majority." The same double standards can be observed within the European Network of Councils for the Judiciary, which suspended the Polish KRS after the reform modelled on the Spanish model, but which tolerates without difficulty the presence of the General Council of the Spanish Judiciary.

One could thus multiply the examples of this "double standard" implemented by the European Commission in its first annual report on the situation of the rule of law in the 27 EU member states, which shows that what is accepted for the countries of the western part of the continent is not accepted for those of the former Eastern bloc, and in any case for Poland and Hungary. The same applies to the submission of the public prosecutor's office to the Ministry of Justice, which is accepted for France and Germany but not for Poland, or the influence of the executive on the appointment of judges, which is accepted for Germany but not for Poland. If one of the objectives was to show that the European Commission treats all countries in the same way, this first annual report has in fact demonstrated the opposite in the eyes of the countries already targeted by the sanction procedure of article 7.