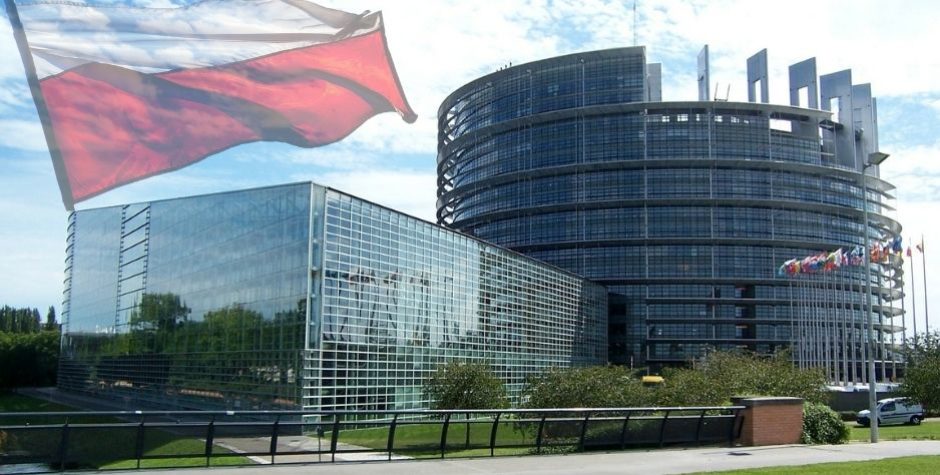 The European Parliament against Poland

When the defence of life or family consitute a violation of the rule of law.

This resolution is based on the report prepared initially by the former chairman of the Committee on Civil Liberties, Justice and Home Affairs (LIBE Committee), British Labour MEP Claude Moraes, and then continued by his successor, Spanish Socialist Juan Fernando López Aguilar, a former Minister of Justice in Zapatero's far-left government in Spain. The resolution adopted on 17 September contains the final version of the López Aguilar report. 513 deputies voted in favour of the resolution, 148 voted against and 33 abstained. In general, and with some exceptions, the GUE/NGL, Greens/EFA, S&D and EPP groups (without the Hungarian MEPs) voted in favour, while the ECR and I&D groups and the Hungarian members of the EPP voted against.

No sufficient majority in the Council to sanction Poland

The next step in the sanctions procedure against Poland would therefore be to obtain the assent of 22 of the 27 Member States of the Council of the Union, bearing in mind that the final decision leading to sanctions would require the unanimity of the 26 against Poland. This last objective seems to be out of reach since several Central and Eastern European countries, the first of which being Hungary (also subject to a similar procedure) have already declared that they would never approve sanctions against Poland. Nevertheless, even the four-fifths majority required to pass the first stage of the sanctions procedure in the Council seems difficult to obtain, which is noted and regretted by the European Parliament, which “is of the opinion that discussions in the Council within the framework of the procedure referred to in Article 7(1) TEU have been neither regular nor structured, and have neither sufficiently addressed the substantial issues that warranted the activation of the procedure nor adequately mapped the impact that the Polish government’s actions are having on the values referred to in Article 2 TEU”

However, Parliament recognises that the Polish judicial reforms at the centre of the action initiated by the European Commission on 20 December 2017 may not be sufficient to justify a sanction procedure under Article 7 of the Treaty, as the Commission's action "has a limited scope, namely the rule of law situation in Poland in the strict sense of independence of the judiciary ". Consequently, in its resolution, the Parliament "sees an urgent need to widen the scope of the reasoned proposal by including clear risks of serious breaches of other basic values of the Union, especially democracy and respect for human rights". And since the European treaties impose conditions that the European Parliament considers too difficult to meet for Poland to be sanctioned, the European Parliament, in its resolution of 17 September, affirms "the imminent need for a complementary and preventive Union mechanism on democracy, the rule of law and fundamental rights" as well as for "the protection of the Union’s budget in case of generalised deficiencies as regards the rule of law in the Member States".

In other words, the European Parliament is calling, as is the European Commission, for the EU institutions to be equipped with new weapons to make it easier to sanction Member States, thereby circumventing the procedures laid down in the Treaties. Even before the establishment of such a mechanism (which is strongly opposed by the two countries involved in the Article 7 procedure), the European Commission already gave an example in May of how such an instrument could be used to put pressure on EU member countries, including in areas which, in the light of the Treaties, fall within the exclusive competence of the latter. For example, since May, the European Commission has been threatening to withhold EU funds from Polish local authorities that have adopted a Charter of Local Authorities for the Rights of Families.

This fear of permanent blackmail by the European institutions in societal areas and in fact in all areas hitherto reserved to the Member States under the European treaties can only be reinforced by the nature of the reproaches made against Poland in the Parliament's resolution taking up the López-Aguilar report, in addition to the usual objections on the justice reforms carried out in Poland since 2017.  These criticisms mainly concern the policy of defence of life and of  the family pursued by the Polish Government.

Abortion and defence of life

Thus, the European Parliament resolution reaffirms, with the allusions to "sexual and reproductive" rights, the existence of an international right to abortion when in reality such a right does not exist, and the regulation of abortion falls within the exclusive competence of the Member States. In this context, the Polish Parliament is asked "to refrain from any further attempts to restrict women’s sexual and reproductive health and rights" and it is stated that the Parliament "strongly affirms that the denial of sexual and reproductive health and rights services is a form of violence against women and girls". It also calls on the Polish authorities to "consider repealing the law limiting women’s and girls’ access to the emergency contraceptive pill". In the first case, this is a reference to two citizens' initiatives of 2016 and 2017 which aimed to ban so-called "eugenic" abortions, i.e. those motivated by a serious and incurable abnormality or illness of the unborn child. This is the main cause of legal abortion in Poland, as this condition of access to abortion has been extended in practice to cases of Down syndrome, Turner syndrome or other disabilities that are compatible with life. The citizens' initiative of 2016, rejected by the Diet, had collected more than 400,000 signatures from citizens. The 2017 initiative, adopted at first reading but blocked in parliamentary committee since then, had collected more than 800,000 signatures, which was an all-time record in this country of 38 million inhabitants. As for the issue of emergency contraceptive pills (those pills to be taken after sexual intercourse and which can therefore have an abortifacient effect), the European Parliament criticises the Polish authorities for having made their sale conditional on a prescription, which European law does not prohibit, and which the Warsaw authorities explain by the fact that these pills can have undesirable side effects on health.

Defence of the family

Further on, the European Parliament expresses its being “deeply concerned by the recent decision by the Polish Minister of Justice to officially start Poland’s withdrawal from the Council of Europe Convention on preventing and combating violence against women and domestic violence (Istanbul Convention)". However, several EU countries have not ratified this Council of Europe Convention, which they consider to be based on gender theory and to distract the signatory countries from the real causes of domestic violence and violence against women. Membership of the European Union does not in any way oblige the adoption of this Council of Europe convention.

Secondly, the European Parliament denounces the adoption by local authorities of " Regional Charters of Family Rights", in that they are discriminatory. This charter - which can be found here - reaffirms the freedom of parents to make educational choices for their children and the requirement of transparency regarding the intervention of NGO members in schools. It mentions in particular the need for an "integral approach to human sexuality, shape pro-family, pro-health and pro-social attitudes".

In any case, these societal issues fall within the competence of the Member States and not of the EU institutions. However, it is also in this capacity that the European Parliament calls on the Council to establish "a clear risk of a serious breach by Poland of the rule of law". It is also in this connection that it calls for the establishment of "a complementary and preventive Union mechanism on democracy, the rule of law and fundamental rights" and that, in the context of the procedures enshrined in the Treaties, it "calls on the Council and the Commission to refrain from narrowly interpreting the principle of the rule of law, and to use the procedure under Article 7(1) TEU to its full potential by addressing the implications of the Polish government’s action for all the principles enshrined in Article 2 TEU, including democracy and fundamental rights as highlighted in this report".

Article 7 turned into an instrument of political pressure

In 2018, after the vote on the resolution against Hungary (also under the procedure of Article 7) on the basis of the report by the Dutch Green MEP Judith Sargentini, the Hungarian Centre for Fundamental Rights expressed its concern that, if not pursued in an objective and impartial manner, the procedure of Article 7 would turn into a mere instrument of political pressure, against the legal instrument originally conceived in the Lisbon Treaty. This has now been done, with the first two resolutions of the European Parliament adopted under this procedure, and this is why Hungary and Poland are now ready to veto the Union's next multiannual financial framework and the recovery plan if the European Parliament insists on making the payment of European funds conditional to the respect for its political and ideological conception of the rule of law and European values.

[1] Article 2 of the Treaty on European Union : "The Union is founded on the values of respect for human dignity, freedom, democracy, equality, the rule of law and respect for human rights, including the rights of persons belonging to minorities. These values are common to the Member States in a society in which pluralism, non-discrimination, tolerance, justice, solidarity and equality between women and men prevail."

Ideological Blackmailing by the EUBy ECLJ1591772400000
The European Commission is intervening against “LGBT ideology free zones” in Poland, threatening to cut the cohesion funds reallocated as part of the fight against the impact of the coronavirus...
Read More