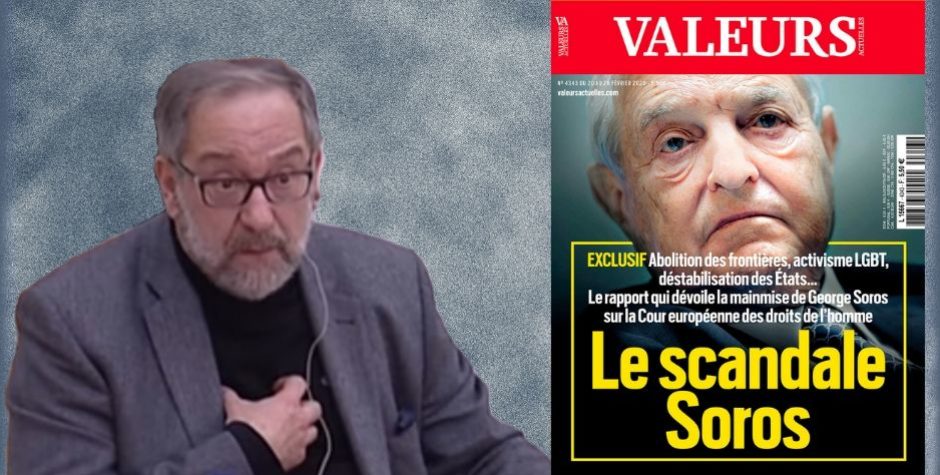 My reaction to the ECLJ Report described in Valeurs Actuelles is of several kinds.

On the one hand, I'm not surprised because Mr Soros' fingers are practically everywhere. On the other hand, I am surprised that I did not perceive the "bias in action" while I was participating in the deliberations of the European Court of Human Rights (for the past 18 years). In real time, and without this supposition in mind, perception is there, but insight is not: intuition without any theory is blind. I wish this information had been there all along. Looking back, it is difficult to isolate more than a few cases where bias might have been the determining factor. Thirdly, while my book triggered the demystification of human rights and the ECHR, I concede that I did not even address this marginal issue.

Fourth, the question is whether the bias of the judges was conscious (deliberate) or unconscious. This is impossible to verify. But according to the European Court of Human Rights' own doctrine, the mere appearance of partiality is sufficient to discredit the judgment (objective partiality).

Yet the fact that the Court would place itself in this corner (in the case of Kyprianou v. Cyprus) tends to show that the judges have been disregarding their implicit bias, thus denial, and would assume that they are unprejudiced. I am sure that - after the ECLJ's revelation - they are like Molière's stunned Mr. Jourdain. And they no more know how to react.

As I mention in my book, the first steps taken by the "new court" immediately after 1998 were not debatable. The great legal talents of the court were not contestable because a great mind is capable, by cognitive means which therefore prevail, of distancing itself from extrinsic considerations. The demise of the European Court of Human Rights, say after 2005, was due to the involvement of lesser minds that were not immune to ideology.

The lawyers in the registry are just as important as the judges. Their recruitment and the monitoring of their careers, which is upsetting, is carried out by the Council of Europe. They are not even subject to security checks. From the outset, judges have had virtually no say. That is why such problems do not arise at the Court of Justice of the EU in Luxembourg. In fact, this whole problem is largely due to the Council of Europe and its incompetence.

Ultimately, the question is how, after this revelation, the "big payer", the United Kingdom, is going to react. If it withdraws from the Council of Europe and the ECHR, as Theresa May had noted, that is the beginning of the end of the Court.