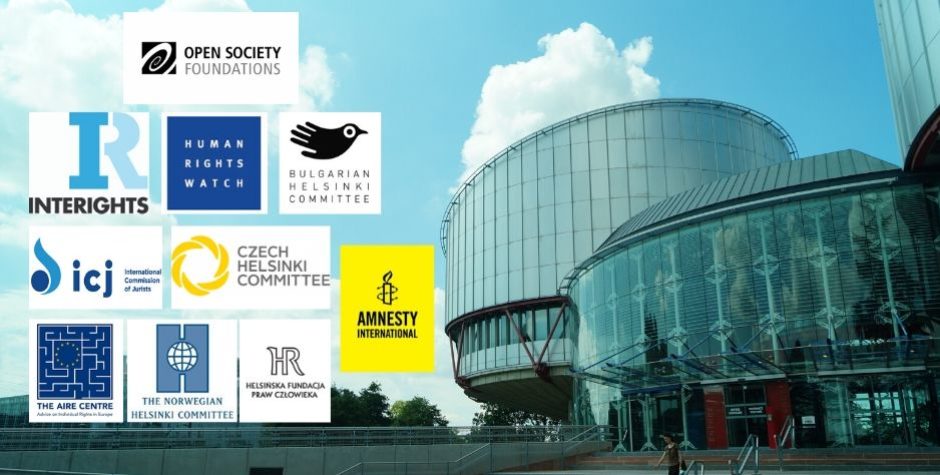 ECHR: Do conflicts of interest go on?

In February 2020 Grégor Puppinck, director of the ECLJ, and lawyer Delphine Loiseau, published the report “NGOs and judges at the ECHR, 2009 - 2019.” This study revealed that some of the judges sitting at the European Court of Human Rights (ECHR) are former officials or collaborators of NGOs frequently active before this very Court. The seven NGOs identified in the report were the Open Society Foundations (OSF), the Helsinki Committees, the International Commission of Jurists, Amnesty International, Human Rights Watch, Interights and the A.I.R.E. Centre.

When their NGO was officially involved in proceedings the judges sometimes withdrew from the case (withdrawal) but more often than not chose to sit in a conflict-of-interest situation, to the detriment of their independence and impartiality.

Three years after its initial publication, it is now time to update the report. What was the involvement of NGOs and the attitude of judges linked to them in cases judged between January 2020 and December 2022?

Here are some facts, figures and explanations with regard to the independence and impartiality of judges during the three past years.

The increasing involvement of the seven NGOs identified

This sharp increase is visible in spite of the fact that the number of applications decided per year has decreased by about 35% between these two periods. NGOs are therefore strongly increasing their involvement in the ECHR. This growing involvement dates back to before 2020, because an application can remain pending for several years before a decision or judgment is made. The figures for the years 2020 to 2022 therefore reveal a strengthening of the involvement of these NGOs in the Court since the end of the 2010s.

These figures correspond to official interventions in the procedure, such as the filing of the applications to the ECHR, the representation of the applicant or his support by a third party.

Grégor Puppinck’s report noted that the Court, due to a lack of transparency rules, does not systematically cite the NGO acting in filing the application or representing the applicants. For the years 2020 to 2022, the failure by the Court to mention the action of NGOs could be observed on several occasions, as in the Grand Chamber cases Muhammad and Muhammad v. Romania and Grzęda v. Poland, cited below. It is almost certain that some NGO interventions over the period could not be identified.

Of the 114 cases in which at least one of the seven NGOs intervened, in 34 of them one to six judges sat in a direct conflict of interest situation.[1] These judges sat even though their NGO was defending the application or intervening as a third party. The conflict of interest was then due to the significant tie between the judge(s) and one of the parties to the case.

In the case of intervention by one of the seven NGOs in the procedure, the impartiality of the ECHR is thus not guaranteed in 30% of the cases. Compared to the proportion in the period 2009 - 2019, 48%,[2] there is therefore an improvement. This development is mainly due to the end of the mandates of four judges linked to some of the seven NGOs (see below).

The report by Grégor Puppinck noted that the cases of conflict of interest between 2009 and 2019 mainly concerned judges and cases from Eastern Europe.[3] This is still the case between 2020 and 2022. Some cases are politically sensitive.

Judges Yudkivska and Pinto de Albuquerque sat on the case, despite their strong links with the Helsinki Committee and Amnesty International (respectively).

The ECHR ruled in favor of the Pakistani applicants and found that Romania had violated their rights (Article 1 Protocol 7).

The applicants are journalists and their accreditation to enter the Hungarian Parliament had been suspended after illegal filming and recording of parliamentarians and their intrusion into a prohibited space. They were supported by a Helsinki Committee (third party).

Judge Schukking sat on the case in spite of his former role in a Helsinki Committee.

The ECHR ruled in favor of the applicants and unanimously held that Hungary had violated their right to freedom of expression (Article 10).

The applicant is a Polish judge, who was dismissed in the context of the judicial reforms in Poland. He was represented in court by Mikołaj Pietrzak and Małgorzata Mączka-Pacholak, lawyers practicing for the Helsinki Foundation for Human Rights.[4]  It was supported by the same Foundation, Amnesty International and the International Commission of Jurists (third parties). The Court did not indicate in the judgment that the lawyers belonged to the Helsinki Foundation.

Judges Felici and Grozev sat in the case, in spite of their former roles in Amnesty International and a Helsinki Committee (respectively). Judge Grozev was in fact the founder of the Helsinki Committee in question and was a member of it for over twenty years.

The ECHR ruled in favor of the applicant, finding that Poland had violated his rights (Article 6 § 1) and that the judicial reform of the conservative government was aimed at weakening the independence of the judiciary. Judge Felici appended a separate opinion to the judgment stating that the Court should have awarded the applicant compensation for “suffering and distress caused by the violation of his rights.”

The applicant was a minor and was placed in special institutions on the grounds that he had committed several criminal offences (arson and sexual harassment). He was represented in court by Krassimir Kanev, president of the Bulgarian Helsinki Committee. In contrast to the previous cases cited, this connection between the lawyer and the Bulgarian Helsinki Committee is explicitly stated in the judgment.

Judge Grozev sat in the case, despite being a founder and member for more than twenty years of the Helsinki Committee in question. For this reason, the Bulgarian Government had requested the Court to deport Judge Grozev. This request was rejected by the President of the Chamber that rendered the judgment, Judge Eicke, who himself sat in a conflict-of-interest situation in other cases.

Judge Schukking also sat in the case, despite his former role in another Helsinki Committee.

The ECHR found in favor of the applicant and condemned Bulgaria for not having sufficiently respected the best interests of the child (Articles 5 § 4; 8; 8 and 13 combined). The Court also awarded the applicant the sum of 2,451 euros for costs and expenses, plus any tax due on that sum, “to be paid directly into the bank account of the Bulgarian Helsinki Committee” (§ 104).[5]

During the years 2020 to 2022, the terms of judges Laffranque, Pinto de Albuquerque, Turković, and Yudkivska ended. These four judges were replaced by others with no significant connection to the seven NGOs identified in the report by Gregor Puppinck.

The Open Society failed in 2021 to elect Maïté De Rue, its candidate to be a judge for Belgium. The Parliamentary Assembly of the Council of Europe (PACE) elected Frédéric Krenc, one of the two other candidates.

While on January 1, 2020, 13 of the 47 judges of the ECHR were former officials or collaborators of these NGOs, there now remain 9.

Strengthening the obligations of judges’ impartiality

Since 2020, Grégor Puppinck’s report has been the subject of media coverage throughout Europe and beyond, as well as eliciting public reactions from governments - notably that of Bulgaria -, politicians and lawyers.

In April 2021, the Committee of Ministers of the Council of Europe, intercepted by PACE members, took a decision in reaction to the report. It recalled in particular the need to guarantee the impartiality and independence of the judges at the ECHR.

In June 2021, the ECHR adopted a new version of its “Resolution on Judicial Ethics,” reinforcing the obligations relating to the independence and impartiality of judges.

In July 2021, the Committee of Ministers adopted a second decision stating, among other things, that the ECHR has undertaken to review its rules “including Article 28” which deals with the issue of conflicts of interest.

Upcoming Initiatives to reform the ECHR

In early 2023, the petition and the motion are expected to be considered by a PACE committee.

Since September 2022 and until the end of 2024, a “Drafting Group on issues related to judges of the ECHR,” created within the Committee of Ministers is in charge of re-evaluating the system of selection and election of judges in order to offer, among other things, “additional safeguards to preserve their independence and impartiality.”

The following is a comprehensive list of cases tried between 2020 and 2022 for which at least one direct conflict of interest has been identified (in chronological order, with only the judges involved, in French):

[4] Both lawyers practice in the law firm Pietrzak Sidor i Wspólnicy, which has pro bono activity for the Helsinki Foundation, among others (https://pietrzaksidor.pl/pro-bono/), and they have each personally collaborated with this Foundation (https://pietrzaksidor.pl/zespol/). Mikołaj Pietrzak was the coordinator of a program of the Helsinki Foundation. Małgorzata Mączka-Pacholak also worked as a lawyer in the strategic litigation program of this Foundation in Warsaw.

Corruption in International BodiesBy Grégor Puppinck1673228160000
Translation of an Article published in Valeurs Actuelles on December 22, 2022. "M.I.C.E." stands for Money, Ideology, Compromission and Ego. These are the levers of corruption: money, ideas, sex and...
Read More

ECHR: Expulsion of an Iraqi TerroristBy Nicolas Bauer1673003700000
In 2020, the ECLJ intervened in two cases involving the deportation of jihadists to their countries of origin. We were a third party to the European Court of Human Rights (ECHR). In February 2022,
Read More
More Related Articles