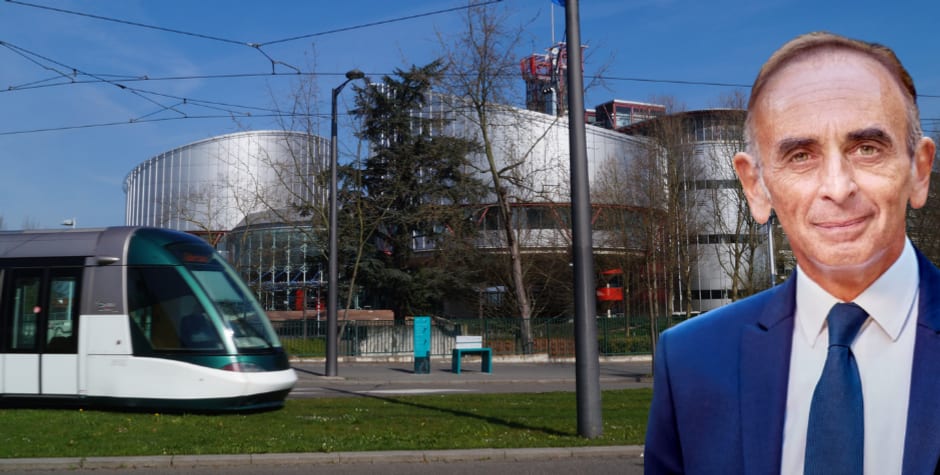 What freedom of expression on immigration and Islam? Zemmour v. France at the ECHR

Zemmour v. France at the ECHR

Excerpts from an article published in Valeurs actuelles on the Zemmour v. France case before the European Court of Human Rights (ECHR). The issue is the freedom to criticise immigration and Islam. The French government is asking the ECHR to apply to such criticism an exceptional treatment, usually reserved for negationism, apology of terrorism, and racism. Such a conflation would be a serious obstruction to political debate.

Éric Zemmour was convicted of incitement to religious hatred in 2017. This conviction, upheld on appeal and in the Court of Cassation, will soon be the subject of a decision by the European Court of Human Rights (ECHR). The European judges will thus have to rule on a litigation between Mr. Zemmour and the French government.

A reminder of the facts

Éric Zemmour was sued by an association, because of five remarks shared on the TV program "C à Vous" on France 5 in 2016. Mr. Zemmour was acquitted of the first three remarks the former journalist was convincted for the last two interventions, i.e. for his denunciation of an "invasion", "colonisation" and "struggle to Islamising a territory", as well as for the statement "I think they should be given the choice between Islam and France". In other words, the core of his current political programme was condemned. His opposition to what he calls 'Arab-Muslim' immigration was censored, applying the 1972 Pleven law. Zemmour wants the ECHR to recognise a violation of his freedom of speech.

The French Government in favour of the application of Article 17.

In its arguments to the ECHR, the French government argued that an examination of the merits of the case was unnecessary. According to the government, Mr Zemmour would have abused his freedom of speech to such an extent that he would lose the benefit of this freedom. The Government relies on Article 17 of the European Convention on Human Rights, which prohibits "abuse of rights". This article is applied exceptionally, against negationist or racist remarks or ones defending terrorism. The Government knows this, as it quotes cases concerning the denial of the Shoah or the rejection of non-white people as legal precedents. It thus deliberately reduces the political debate on immigration and Islam to a question of 'hate', 'racism' and 'Holocaust denial'.

This position of the French Government, expressed in its written observations to the ECHR, has not been relayed. These observations, not published online, are therefore not widely read. The government's argument is yet shocking. To request the application of Article 17 of the European Convention is tantamount to considering that democracy would be endangered by Éric Zemmour. In the caselaw of the ECHR, Article 17 is indeed bound to the notion of a "democracy able to defend itself". The French government is therefore asking European judges to defend democracy against Mr. Zemmour. To protect democracy, Article 17 has the effect of excluding the individual from the protection of human rights. It is a form of "excommunication", decided by the ECHR.

Contrary to the Government's request, the European judges are unlikely to apply Article 17 in the case of Zemmour v. France. They have already had to remind the current Government that this article targets "totalitarian groups" (Z.B. v. France, 2021). Furthermore, in its caselaw, the ECHR distinguishes between radical criticism of immigration or Islam and truly racist or antisemitic speech. Even if Mr. Zemmour's appeal were to lose his case, the mere fact that the ECHR refuses to apply Article 17 would prove the Government wrong. It would confirm that Mr. Zemmour is not an outsider to a democratic society and as a result continues to benefit from human rights. It would be a failure of the Government's will to confiscate the political debate on immigration and Islam.

Admittedly, by not applying Article 17, Éric Zemmour should win a symbolic victory against the government. But the European judges have set such limits on freedom of speech on the issues of immigration and Islam that his appeal is likely to be rejected anyway, on a different basis. The comparison between Zemmour v France and other cases is revealing. In 2010, the ECHR rejected an application by Jean-Marie Le Pen, which was very similar to Mr. Zemmour's. Mr. Le Pen was sentenced for saying "the day we have not 5 million but 25 million Muslims, they will be in charge.  And the French people will hug the walls, step off the pavements looking down."

In 2018, in its E.S. v. Austria judgment. the ECHR severely restricted the protection of freedom of speech on the subject of 'Arab-Muslim' immigration. Mrs. Elisabeth Sabaditsch-Wolff, an Austrian lecturer for the FPÖ party, considered that "Muslims get into conflict with democracy and our value system" and described the relationship between Mohammed and nine-year-old Aisha as "pedophilia". The conviction of this lecturer in Austria had been approved by the European judges, who considered that she didn't try to inform but rather to demonstrate that Muhammad "was not a worthy subject of worship". The ECHR considered that restricting her freedom of speech was necessary to preserve "religious peace" and "mutual tolerance".

This precedent demonstrates that the ECHR could very well reject Éric Zemmour's appeal, at the end of an examination on the merits. To obtain this rejection, the French government developed substantive arguments to justify the censorship of the presidential candidate. The Government considered especially that Mr. Zemmour "deliberately fuelled negative thoughts about Islam in France and the Muslim community" and that his opinions "cannot be considered simply as questioning the rise of religious fundamentalism". For the Government, Mr. Zemmour's remarks "are more akin to the stigmatisation of a community" and could "legitimise a totally discriminatory speech".

An ECHR verdict during the election campaign?

Finally, Éric Zemmour's appeal will probably be rejected by the ECHR, based not on Article 17 but on an examination of the merits, centered on the caselaw. Such a rejection would confirm that European protection of freedom of speech is severely limited regarding immigration and Islam. The ECHR could then no longer claim that it protects speech "that offend, shock or disturb the State or any sector of the population”(Handyside v the United Kingdom, 1976). On the other hand, by refusing to apply Article 17, the European judges would be reminding the French government of two principles: Mr. Zemmour benefits from human rights protection and, especially, debating immigration and Islam is entirely legitimate in a democracy.

Mattias Guyomar, the current French judge at the ECHR, was chosen by Emmanuel Macron. He is certainly keeping a close eye on the Zemmour v. France case, particularly as he sits on Section V of the ECHR, to which this case is assigned. However, it is unlikely that the European judges will decide this highly political case in the context of an election campaign. Proving the French government or Éric Zemmour right in this case would be seen as taking a more general position in favour of one or the other, and thus in favour of Mr. Macron or Mr. Zemmour. The ECHR will probably not venture to interfere in French politics in this way.

The ECHR supports the FemenBy Grégor Puppinck1665685670791
The ECHR has just ruled in favour of the “Femen” who simulated the abortion of Christ by the Blessed Virgin, on the altar of the Madeleine church in Paris in 2013. The judgement, in the Bouton v...
Read More