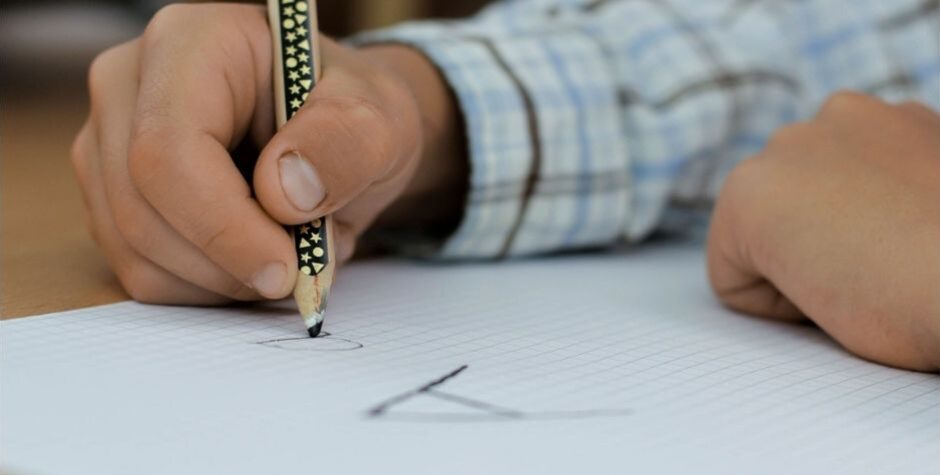 The Government’s choice to subject home-schooling to a licensing scheme is anti-liberal. Indeed, France faces a serious Islamist threat, but this is no reason to reduce the fundamental freedoms of all families. The government’s plan is clearly disproportionate. The current law is sufficient to deal with the problem of clandestine Islamist schools, provided that families be regularly inspected by the rectorates.

Full version of an op-ed published in French in Le FigaroVox on December 14, 2020.

The government’s original intention was to ban home schooling altogether. The constitution prevented this and the government now seeks to eliminate this freedom by reducing it to the status of an exception to the new principle of compulsory schooling and by making it subject to a system of prior authorization. This is indeed the suppression of a freedom because an exception is not a freedom.

French Minister of Education Mr. Blanquer claims, in support of his project, that the European Convention on Human Rights does not guarantee the right of parents to “home school.” This is far too simplistic. To understand it, we must ask ourselves the following question: “Do parents who are forced to stop home schooling next September have a chance of winning at the ECHR against France?” The answer is yes, because the new French law would have taken away a freedom that falls within the scope of the European Convention on Human Rights. These parents would have a real chance of winning, unless the administration demonstrates that their children are not properly educated or socialized.

It is true that in a few cases the European Court has validated the obligation to school German children who were previously educated at home. But it is precisely the proof that home schooling is covered by the European Convention, otherwise the Court would have declared itself incompetent. However, in the said cases, the Court found in each case that the family situations were problematic, refusing inspections or characterized by irrational beliefs and an associable tendency. The Court has never pronounced itself on the case of a well-balanced and socially well-integrated family, like the vast majority of French families concerned by this practice. If these well-balanced families are banned from home schooling at the beginning of the next school year, it is very likely that many of them will then come together to bring their case before the ECHR. The Government, in order to justify itself, will have to prove that this attack on their freedom is necessary - not only because of the Islamist threat - but also because of the particular situation of each of these families.

Mr. Blanquer’s other argument that the government lacks the means to ensure the inspection of families is also very weak.

Mr. Blanquer cites the example of Germany, which prohibits home schooling, to justify his choice. But again, this is a misunderstanding of human rights, because France and Germany are not in the same situation.

Indeed, the European Convention does not oblige the States to legalize home schooling; but this does not give the States the faculty to suppress this freedom when they have already recognized it in their national law. Thus, when a country such as Germany has prohibited home schooling since 1938 (before acceding to the ECHR), the European Court considers that this choice falls within its margin of appreciation, in the absence of an opposite consensus within the member states. On the other hand, when a country authorizes home schooling, as is the case in most European countries, it must then guarantee this freedom in compliance with the Convention. It follows that any restrictions imposed by the state on the exercise of this freedom must comply with the entire Convention, including the provisions on non-discrimination, freedom of conscience and religion, and respect for private and family life; and these restrictions are subject to review by the European Court. The Court may then censor any restriction that does not pursue a legitimate aim and is not necessary, i.e., proportionate to that aim. Yet, any general deletion of an existing right is, as a matter of principle, disproportionate. In this respect, it is possible to speak of a “ratchet effect” of human rights, according to which a State cannot abrogate a right or freedom that it has freely recognized as soon as they fall within the scope of the Convention, even though the Convention does not contain an explicit obligation to recognize them. This same principle is invoked, for example, against those who want to question the abolition of the death penalty.

France and Germany are therefore not in the same situation. France is more advanced than Germany in respecting freedom of education, and it is pointless to invoke a law, adopted moreover by the Nazi regime, to justify a decline of freedom in France.

It is useful to compare the situation in other European countries. Out of the 47 countries of the Council of Europe, only 5 strictly prohibit all instruction outside of schools. These are Germany, Armenia, Cyprus, Northern Macedonia and Turkey. There is therefore a broad consensus in Europe in favour of this freedom.

Like France at present, the relative majority of European countries subject home-schooling to a simple obligation of declaration and regular monitoring of knowledge (Austria, Belgium, Denmark, Estonia, Finland, Georgia, Ireland, Kosovo, Latvia, Lithuania, Luxembourg, Moldova, Montenegro, Norway, the United Kingdom, Russia, Slovenia and Ukraine). In some countries, declaration and controls are even optional.

Other countries impose additional restrictions. These may include the obligation for parents to prove their ability to teach (the Czech Republic, Iceland, Italy, Liechtenstein, Malta, Portugal, and Serbia), or the obligation to follow the government curriculum (Belarus and Bulgaria). Other countries require parents to justify their choice on grounds provided for by law. This is the case in Albania, Belarus and Croatia.

Others subject home-schooling to a system of prior authorization. This is the most stringent regime. These countries are Greece, Hungary, the Netherlands, Romania, Slovakia and Sweden. The French government’s choice falls into the latter category, which is that of a minority and anti-liberal.

In the confusion of the current debate, it is useful to recall the intention of the drafters of the Universal Declaration of Human Rights and of the European Convention on Human Rights. In 1948, they trusted families and distrusted the State. This is the opposite of the current situation. They believed that families are the bastions of freedom in the face of the constant risk of the totalitarian drift of statism. Therefore the Universal Declaration proclaims that “Parents have a prior right to choose the kind of education that shall be given to their children.” This priority is the expression of the anteriority and superiority of the rights of parents over those of society. The drafter of this provision, Lebanese Charles Malik, “stressed the need to exclude the possibility of situations in which dictators have the power to prevent parents from educating their children as they wish. The control of education cannot be left entirely to the discretion of the state.”

Eloquent quotes from the drafters of the Convention can also be found in the preparatory works which illustrate their intention to protect the natural rights of parents. For example, Pierre-Henri Teitgen, who was French Minister of Justice and then judge at the ECHR, declared: “the right of parents in matters of education and teaching must be guaranteed against the threat of nationalization, nationalization, monopolization, requisitioning of youth by the State, whether they have religious convictions or simply the philosophical convictions of traditional humanism.” British MP Sir Maxwell Fyfe, who participated in the conception of the Nuremberg trials, declared that the recognition of the rights of parents “is intended to counter the terrible danger of totalitarianism” which makes it “impossible for parents to raise their children in accordance with their religious and philosophical convictions.”

It is out of respect for the rights of parents that the European Convention and the texts of the United Nations guarantee “the right of parents to ensure this education and teaching [of their children] in accordance with their religious and philosophical convictions.” However, the bill provides exactly the opposite, namely that parents may not invoke their “political, philosophical or religious convictions” to justify their request to educate their children at home. This is a flagrant contradiction of the letter and spirit of human rights. It shows, once more, the government's contempt for religions.

One must also take into account the Charter of Fundamental Rights of the European Union (2000) which also guarantees “the right of parents to ensure the education and teaching of their children in conformity with their religious, philosophical” but also “pedagogical convictions.” This is an important opening that reminds us that educational freedom is also at the service of the quality of instruction. Most often, home schooling is chosen for a pedagogical reason. In this respect, the government should question the reasons that push more and more parents to choose home schooling. For Jules Ferry, it was the excellence of public schools that should encourage parents to choose schooling. The school must earn the trust of parents.

Certainly, Islamism poses a truly totalitarian danger to France, perhaps more threatening than that of statism. It is legitimate and necessary to protect children from it. It is advisable, however, to remember the lessons of our predecessors, and not to sacrifice the freedom of the “just.” As the representative of Belgium said when ratifying the article guaranteeing the educational rights of parents, “the child belongs to his family before belonging to the State.”