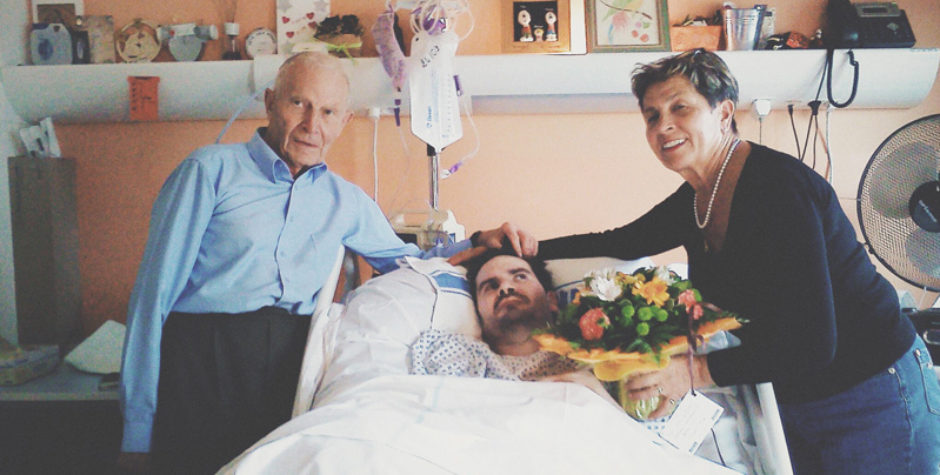 On Wednesday 24 April 2019, the French Conseil d’État ruled that the medical decision to withdraw Vincent Lambert’s hydration and nutrition until his death was not illegal. Once again, it thus signed his death sentence, condemning him to die of thirst. Though not admitting it, this is clearly euthanasia.

Article translated from French and published on Valeurs actuelles on April 26th, 2019.

Towards the euthanasia of disabled people who are not at the end of their lives?
Contrary to what has been said here and there, Vincent Lambert is not at the end of his life and has no serious, incurable or degenerative illness. He is rather in a state of altered consciousness resulting from a head trauma. According to the testimony of his parents, his friends and leading medical specialists, he breathes alone and has no cardiac assistance; he wakes up in the morning and falls asleep at night. He recovered his swallowing reflex, but food and hydration, i.e. genuine vital needs of every human being, whether disabled or not, are given to him through a tube.
On the same day the decision of the Conseil d’État was released, the media revealed the case of a woman who woke up from a coma after 27 years (Ouest France, April 24th, 2019). She too had been a victim of a car accident and was in a vegetative state, according to her attending physician. Her son wanted to share her story “to tell people not to lose hope for their loved ones”. He said: “Don’t count them as dead when they are in such a state.” This woman received the care her state required, including physiotherapy, contrary to Vincent Lambert who is denied the basic care to which he is entitled because of his disability. He is kept in his bed and locked inside his room in the Reims University Hospital, in spite of several propositions to take care of him in specialized institutions. This unacceptable situation was denounced by 70 doctors specialized in the care of persons in a state of altered consciousness. They deemed that Vincent Lambert was not subject to therapeutic obstinacy and that he must be treated just like any other disabled person in his condition.

New applications to international bodies
Thus, following this decision of the Conseil d’État, Vincent Lambert’s counsels and parents stepped up and brought the case to the international arena. On the one hand, they lodged an application before the European Court of Human Rights (ECHR), on grounds different from those which resulted in the very controversial judgement delivered by the ECHR on June 5, 2015. Rightly, this judgement was met with exceptionally vehement criticism, even by judges of the ECHR. Several of them declared that, with this judgment, the Court no longer had the right to use the title of “Conscience of Europe”, since it “is nothing more and nothing less than that a severely disabled person who is unable to communicate his wishes about his present condition may, on the basis of a number of questionable assumptions, be deprived of two basic life-sustaining necessities, namely food and water, and moreover that the Convention is impotent in the face of this reality.” Dissenting judges also deemed “that conclusion not only frightening but – and we very much regret having to say this – tantamount to a retrograde step in the degree of protection which the Convention and the Court have hitherto afforded to vulnerable people.” For Mr. Lambert as well as for the respect of human rights, it is to be hoped that the Court will not merely repeat its previous judgement but will rule on the newly raised objections.

The assets of an application to the UN Committee on the Rights of Persons with Disabilities
On the other hand, Mr. Lambert’s counsels turned to the United Nations (UN) by lodging an application before the Committee on the Rights of Persons with Disabilities (CRPD). This UN body that meets in Geneva is indeed competent because it is in charge of enforcing the Convention on the Rights of Persons with Disabilities to which France is a party. And there is a real chance that this action will reach a positive outcome.
The CRPD is composed of experts, including several disabled people, who are thus particularly sensitive to this issue. Furthermore, it is less marked by the “culture of death” than the ECHR, which influences the interpretation of human rights in Europe. For example, the CRPD declared in October 2017 that “Laws which explicitly allow for abortion on grounds of impairment violate the Convention on the Rights of Persons with Disabilities.”
The lack of care of which Mr. Lambert is a victim, his “detention” in the Reims University Hospital and the decision to have him die of thirst obviously violate several provisions of this Convention, in particular those prohibiting abuse and inhuman or degrading treatment. Besides, Article 25 requires States to “Provide those health services needed by persons with disabilities specifically because of their disabilities”, thus forbidding “discriminatory denial of health care or health services or food and fluids on the basis of disability.” That is exactly what the Conseil d’État permitted in the current case. The CRPD requires food and hydration to be guaranteed when necessary (Concluding observations United Kingdom, October 3rd, 2017). It also asserted that “the right to life is absolute, and that substitute decision-making in regard to the termination or withdrawal of life-sustaining treatment is inconsistent with this right” (Consideration of report submitted by Spain, October 19th, 2011).
In another case, the CRPD firmly recalled that, according to Article 26, “States parties shall take all appropriate measures to ensure access for persons with disabilities to health services, including rehabilitation” (X. v. Argentina, April 11th, 2014, § 8.9).

As a consequence, it is not excluded that the Committee may find a violation of the Convention in the case of Mr. Lambert. Meanwhile, it could usefully and very quickly demand that food and hydration be maintained, as a safeguard measure. The Committee monitors the implementation of the Convention and its own conclusions by States Parties. When States Parties accepted the competence of the CRPD to examine individual complaints – as France did –, they also accepted to respect and comply with the findings. One can hardly imagine France ignoring its own commitments made towards respect of human rights, as envisioned by a supporter of euthanasia of Vincent Lambert (Lemonde.fr, April 24th, 2019).

The UN and the Council of Europe were created after the Second World War, when the memory of the thousands of disabled persons euthanized in Nazi Germany by gradual reduction of food and hydration was still fresh. These practices were clearly condemned at the Nuremberg Trials and by the UN and the World Medical Association. We hope that the ECHR and the CRPD will remember this, while the decision in question not only threatens Vincent Lambert, but also hundreds of people in the same condition in France.

By Priscille Kulczyk, Research fellow, and Grégor Puppinck, Director of the ECLJ.