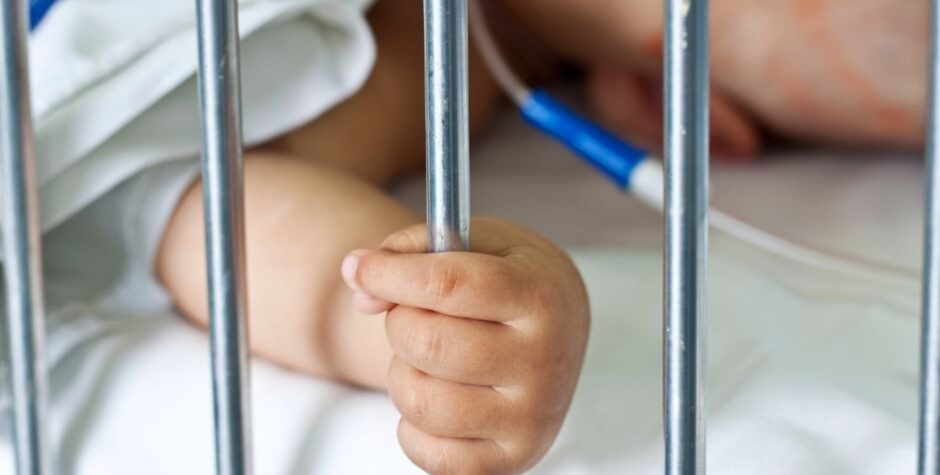 A U.K. hospital demands the right to withdraw life support to a young Israeli girl, against the wishes of her parents and the requests of the State of Israel.

By David A. Chesley, Regent University School of Law

There is an urgent matter on the desk of British Prime Minister Boris Johnson today. A two-year-old girl named Alta Fixsler, an Israeli citizen residing in the U.K., was born with a severe brain condition, and her parents have sought every recourse they could for her care. Tragically, against her parents’ wishes, Alta’s doctors at the Royal Manchester Children’s Hospital (RMCH) have decided to remove the little girl from life support against her family’s will. Her parents have made arrangements to have her moved to Israel, and the government of Israel and two different Israeli hospitals support Alta’s parents in the matter and have agreed to care for her. However, RMCH has petitioned a judge of the British High Court to disconnect her life support, and their motion has been granted against her parents’ and the Israeli government’s wishes. The Israeli Minister of Health has now petitioned the U.K. Secretary of State for Health and Social Care to permit Alta to be transferred to Israel.

A similar and notorious English case came before the European Court of Human Rights some four years ago, concerning a young boy named Charlie Gard. In June of 2017, the ECHR ruled that as a matter of law it was in Charlie’s best interests to die, and his parents were wrong to seek to preserve his life while pursuing a potentially life-saving experimental procedure. In that case, as in this one, a foreign hospital had offered to provide further care at no cost whatsoever to the British healthcare system or any British hospital.

Little Alta is now in danger of being left to die just as Charlie Gard was, against her parents’ wishes.

This constitutes a violation of Alta Fixsler’s right to life, of her parents’ right to choose how to care for their child, of her parents’ religious freedom, and of the laws of the Republic of Israel of which she is a citizen. Once again, we have here a shocking example of the European trend to disregard an individual’s right to life, relying either on physicians, judges, or politicians to determine the value of an innocent person’s life.

First, Alta’s right to life is of paramount importance. Without protecting the right to life, a society cannot protect any other of that individual’s critical freedoms, such as the freedom of speech, of association, or of the press; a dead person has no freedom of any sort at all. Neither can the RMCH argue that Alta’s right to life comes into conflict with other public interests, such as might be the case if her ongoing medical care were to cost the NHS large sums of money. Her parents merely seek to return to their home country, where they will avail themselves of medical care at no cost to the United Kingdom. Second, it is Alta’s parents, not the RMCH or the courts of the United Kingdom, that have the right to make final decisions regarding the termination of her life support. Third, Alta’s parents are Hassidic Orthodox Jews, and their faith requires that life support never be terminated for a human with a life expectancy of more than six months. The State of Israel forbids the same by law. One physician has estimated her life expectancy at six to eight years, with the likelihood she will live into her teens if she once reaches age four. To terminate her life support would violate her family’s religious freedom and show a disregard for the laws of her home country. Moreover, since Alta is an Israeli citizen, and since the State of Israel has offered to care for her at its own expense, for the RMCH  to refuse to release her may even constitute false imprisonment of an Israeli citizen whose family desires to transport her elsewhere for treatment.

One would hope that Alta’s life could be preserved upon appeal to the ECHR. Sadly, as we have seen in the case of Charlie Gard, the ECHR would be unlikely to overturn this decision. Nonetheless, there are some differences between Alta’s case and Charlie’s that are worthy of consideration.

There are three questions at the core of the legal issue in Alta’s case.

The first is who has the right to make decisions for Alta. In this respect, the ECHR is sadly unlikely to disagree with the judgment of the British High Court. According to the Family Division of the British High Court, Alta’s medical doctors are responsible to testify as to what is best for the child even if this violates her parents’ wishes or religious beliefs. In this case, all the doctors involved agree that she would experience severe pain if she were transported. However, her parents and the government of Israel believe that she could perhaps be saved, and Israeli law once again requires that her life be preserved due to her long life expectancy. Nonetheless, since the RMCH believes her chances of survival to be minimal, British courts have judged that the pain she would suffer outweighs any benefit. This is tragic and highlights the need for the British government to grant leave for her to be transported to Israel; the British legal system will not save her.

The second legal issue is one of religious liberty. Since Alta’s parents’ faith forbids terminating her life support, the decision of the High Court’s Family Division is a direct violation of Alta’s freedom of thought, conscience, and religion under Article 9 of the European Convention on Human Rights. However, the court in Alta’s case did not draw this conclusion so simply. It did not agree that little Alta could be assumed to be a member of the same religious faith as her parents, but implied that she should instead be treated neutrally (i.e., as someone without faith), and her objective well-being should be assessed by her doctors, giving relatively little weight to her parents’ preferences.

The court also presented a shallow analysis of the meaning of religious observance which deprived it of its power. The court treated religion  merely as a means to personal comfort or joy; and sadly, because of little Alta’s condition, she is unable to experience many, if any, pleasant sensations. The court therefore implied that, even if Alta were considered an Orthodox Jew, such religious faith should not be weighed heavily because she would be unable to benefit from it. This of course is a misunderstanding of the depth, breadth, and nuance of the freedom of religion. Religious faith and observance are often grounded in views of reality that are understood to give one’s life objective meaning independently of how the adherent feels or experiences that faith.

There may also be some chance that the ECHR would view Alta’s case differently than Charlie Gard’s. In the Gard case, Charlie’s parents were of similar personal conviction to Alta’s, and of course the ECHR sadly did not protect their religious freedoms. However, the Fixslers have a formal affiliation with a religious denomination that officially forbids such termination of life support, which may carry greater weight than the mere personal convictions of her parents. It is at least a distinction the Court might be persuaded to consider. In either case, it would be best for the British government to grant the request of the Israeli Minister of Health and intervene on her behalf, to avoid the risk that she be allowed to die prematurely.

The third legal issue is one of international jurisdiction. Alta is a citizen of Israel and, as noted above, the laws of the State of Israel forbid the termination of life support for a medical patient with a life expectancy of more than six months. It is difficult to establish Alta’s precise life expectancy, but at least one physician estimates it to be between six and eight years at the least, twelve to sixteen times longer than the time period permitted by Israeli law. There is even a reasonable possibility she could survive into her teens. The decision of the Family Division of the British High Court, if upheld, would therefore almost certainly violate Israeli law. Though the RMCH is not within the State of Israel, it nonetheless seeks to force an Israeli citizen who is currently in the United Kingdom against her will to be left to die when her home country has requested she be released, and such release would have no adverse consequences to the RMCH. It could only hypothetically harm Alta, if one falsely assumes that her life is of less importance than the physical pain she would suffer if moved.