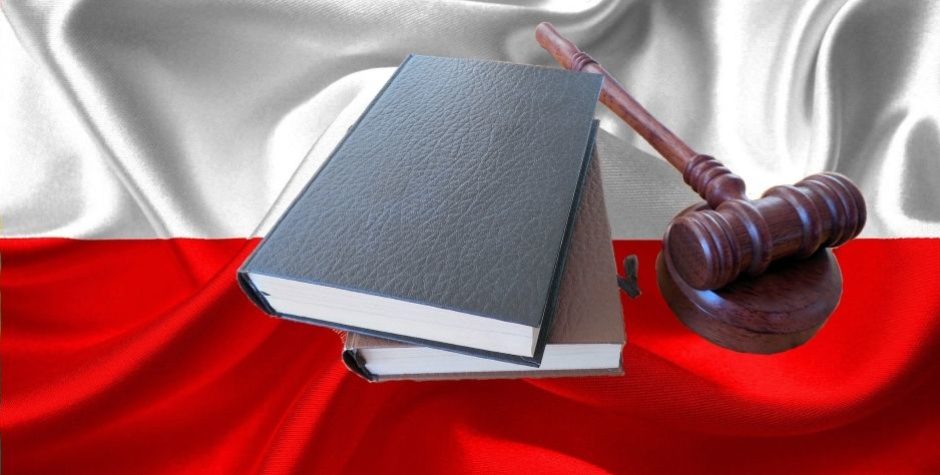 Excerpts of the Polish CC Judgment

In its judgment of 22 October, the Polish Constitutional Court held that Article 4a(1)(2) of the Act of 7 January 1993, which allows abortion when "prenatal examinations or other medical data indicate a high probability of serious and irreversible disability of the foetus or an incurable life-threatening disease", was contrary to the Constitution of the Republic of Poland. The Constitution of the Republic of Poland guarantees legal protection of the life of every person and recognises the innate and inalienable nature of human dignity. In 2019, this type of eugenic abortion concerned 1074 of the 1110 abortions performed in Polish hospitals according to figures published by the Polish Ministry of Health. In total, more than a third of the abortions performed in Poland so far concerned children with Down's syndrome.

The judgment of 22 October prohibiting this type of abortion was adopted by a large majority of thirteen judges taking part in the hearing (out of fifteen judges of the Constitutional Court in all), since only two judges expressed a divergent opinion, on the grounds that it would be for Parliament to decide on the issue. The following is a translation of the main excerpts from the Constitutional Tribunal's communiqué setting out the content and reasons for this landmark judgment in Poland and Europe:

Translation and introduction by Patryk Regalski

"On 22 October 2020, the Constitutional Tribunal considered the application of a group of deputies concerning the examination of the conformity with the Constitution of the Republic of Poland of Article 4a(1)(2)[1] and the first sentence of Article 4a(2)[2] of the Act of 7 January 1993 on family planning, protection of the human foetus and conditions for terminating pregnancy.

The Constitutional Court has ruled that Article 4a(1)(2) of the Act of 7 January 1993 [...] is contrary to Article 38 [on the right to life][3] read in conjunction with Articles 30 [on the inalienable dignity of the person][4]  and 31(3) [on the extent of the restrictions that may be imposed on the freedoms and rights of the person][5] of the Constitution of the Republic of Poland.

The examination of the constitutional problem brought before the Tribunal required the analysis of two questions. Firstly, it was necessary to determine the legal status of the child, his or her nature as a subject of law, during the prenatal phase of his or her life. Second, it was necessary to determine the admissibility and limits of termination of pregnancy, and thus the course of action to be taken in the event of a collision of values and interests.

The Tribunal, on the basis of Article 38 read in conjunction with Article 30 of the Constitution, maintained its earlier position expressed in the judgment of 28 May 1997 (Case K 26/96) that human life is a value at every phase of development and, as a value deriving from the provisions of the Constitution, it must be protected by the legislator. The Tribunal had further held [in 1997] that the child before birth, as a human being with innate and inalienable dignity, is a subject having a right to life, and therefore the legal system must guarantee him or her appropriate protection of this essential interest without which his or hernature as a subject of law would be emptied of its substance.

On this basis, the Tribunal considered that there may be a situation in which one of the interests protected by the Constitution colliding is on the side of the child in the prenatal phase of his or her life. Abortion implies depriving the child of his or her life. If the child's right to life is not denied, his or her legal protection is limited. Therefore, the Tribunal assessed Article 4a(1)(2) of the Law on Family Planning, Protection of the Human Foetus and the Conditions for Permitting Termination of Pregnancy in the light of the principle of proportionality in a broad sense expressed in Article 31(3) of the Constitution.
The Tribunal also recalled with reference [to its jurisprudence] [...] that any limitation on the protection of the right to human life must be in the nature of "absolute necessity" and be treated as a last resort. ...] There must be a symmetry between the interests defended: the sacrificed interests and the saved interests.

In the Tribunal's view, in order to assess the admissibility of an abortion where prenatal examinations or other medical data indicate a high probability of serious and irreversible disability of the foetus or of an incurable life-threatening illness, and thus the possibility of sacrificing the interests of the child, it must be possible to determine a similar interest for other persons. Because of the nature of abortion, an interest can only be sought on the side of the mother of the child. ...] The mere fact of a disability or incurable illness of the child in the prenatal phase, linked to considerations of a eugenic nature and to considerations relating to the possible discomfort of the sick child's life, cannot alone decide on the admissibility of the abortion.

Consequently, the Tribunal [...] found that the legalization of the procedure of abortion when prenatal examinations or other medical data indicate a high probability of serious and irreversible disability of the foetus or incurable life-threatening illness is not justified by the Constitution.
With regard to the effects of its judgement, the Tribunal held that the legislature has the right and obligation to adapt the existing legal system to the judgement, including an analysis of the current legal solutions implementing the mother's right to special assistance from the public authorities before as well as after the birth of the child in accordance with article 71(2)[6] of the Constitution, to ensure that these solutions are sufficient in light of the repeal of article 4a(1)(2) of the Law on Family Planning, Protection of the Human Foetus and Conditions for Termination of Pregnancy.[7] In light of Article 1 of the Constitution,[8] the Republic of Poland, as a common good of all citizens, has the duty to be a means for the development of individual persons and their communities, in particular families. The legislator should not shift the burden of bringing up a child affected by a severe and irreversible disability or incurable disease solely on the mother. Indeed, the obligation to care for people in particularly difficult situations rests first and foremost on the public authorities and society as a whole. »

[1] "A termination of pregnancy can only be carried out by a doctor when: (...) 2) prenatal examinations or other medical data indicate a high probability of serious and irreversible disability of the foetus or an incurable life-threatening illness. »

[2]   "In the cases referred to in paragraph 1, point 2, termination of pregnancy is permitted until the foetus becomes capable of independent life outside the pregnant woman's body" (a period generally regarded in Poland as corresponding to the 24th week of pregnancy).

[3] Art. 38 of the Constitution: "The Republic of Poland guarantees legal protection of the life of every person".

[4] Art. 30 of the Constitution: "The innate and inalienable dignity of the human person is the source of freedoms and rights of the individual and citizen. It is inviolable, and its respect and protection are an obligation of the public authorities. »

[5] Art. 31, para. 3, of the Constitution: "Restrictions on the enjoyment of constitutional rights and freedoms may only be established by law and only when they are necessary within the framework of the democratic state to ensure its security or public order, or for the protection of the environment, public health and morals, or the freedoms and rights of other persons. Such restrictions must not impair the essence of the freedoms and rights. »

[6]   "The mother, before and after the birth of the child, is entitled to special assistance from the public authorities, the scope of which is defined by law. »

[7]   The decision of the Constitutional Tribunal invalidating the clause of the law permitting eugenic abortions will apply as soon as it is published in the Official Gazette of the Republic of Poland, without the need to have the law amended by Parliament.

[8]   "The Republic of Poland is the common good of all citizens. »