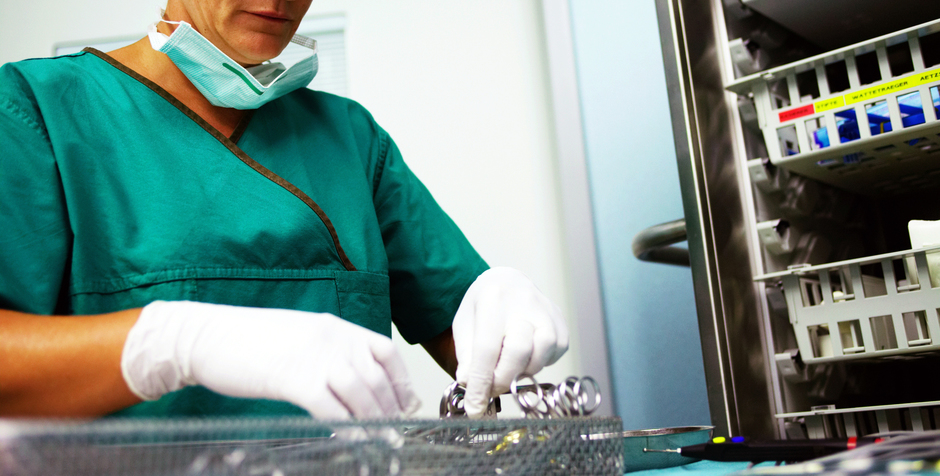 On 22 March 2011, the forth Section of the European Court of Human Rights (ECHR) will hold a hearing in a case of “forced sterilization”. (Case V. C. v. Slovakia – n° 18968/07). This case is the first of a number of cases brought before the European Court by several women of Roma ethnic origin who have been sterilized in public hospitals since 1999, i.e. after the fall of the communist regime.

The applicant, Ms V.C., is a Slovakian national of Roma ethnic origin living in Šarišská Poruba. She alleges that she was the victim of a forced sterilisation during the delivery of her second child in 2000 at the Prešov Public Hospital. The applicant claims that in pain and fear she signed the sterilisation consent form but, at the time, she neither understood what sterilisation meant nor the nature and consequences of the procedure. Furthermore, the applicant claims that her Roma ethnicity was a deciding factor in her sterilisation and that segregation according to ethnic origin in the gynaecology and obstetrics ward was a common practice.

The Prešov Hospital denies this accusation, asserting that all patients are provided with the same care and claims that the applicant’s sterilisation was carried out on medical grounds – the risk of rupture of the uterus – and that she had given her authorisation after having been warned by doctors of the risks of a third pregnancy.

After the exhaustion of all remedies before national Courts, Ms V.C lodged an application before the ECHR complaining that she was sterilised without her full and informed consent, that the authorities’ ensuing investigation into her sterilisation was not thorough, fair or effective and that she was discriminated against on the grounds of her race and sex. She relies on Articles 3 (prohibition of inhuman or degrading treatment), 8 (right to respect for private and family life), 12 (right to found a family), 13 (right to an effective remedy) and 14 (prohibition of discrimination) of the European Convention on Human Rights. Sitting on 16 June 2009, the Fourth Section of the Court declared the application admissible.

The V. C. v. Slovakia case which will be discussed on 22 March is of particular interest since it raises two serious issues. It will address the eugenist ideology and, it could give a useful precision on the extent of the obligations of the State regarding the right to “found a family”.

Other cases against Slovakia addressing similar facts are currently pending before the Court:

These very similar cases show the permanence of the eugenic policies in Europe. The applicants made reference to a number of publications presenting the history of sterilisation of Roma since the early 1970s in Czechoslovakia aimed at controlling the Roma population.1 These documents prove that many women are forced and pressured into sterilization procedures while not being fully aware of the irreversible nature of the sterilization.

Forced sterilization is not a new practice in Europe. Many western countries have adopted eugenic laws during the 20th Century providing for forced sterilisation through judicial procedure. Between 1907 and 1950, 33 States in the USA, in 1928 Switzerland and Canada, followed in 1929 by Denmark, in 1934 Norway and Germany, in 1935 Finland and Sweden, in 1937 Estonia, in 1941 several States in Central America. Finally, Japan adopted legislation in 1948. These laws provided for the sterilization of men as well as women by judicial decision, because of their behaviour or disability, or their belonging to social groups such as Romas. For example, official sterilisation was carried out in the United States, on 50.193 up until 1948, on 3.608 people in Denmark until 1945, in Sweden 15.486 people between 1935 and 1945. 2

Forced sterilization and eugenism did not stop after the Second World War. Since its origin, the very active “population control” movements have very close ties with the eugenics ideology. It has to be noticed in this regard that, according to the Slovakian Society for Planned Parenthood, “the medical practitioners involved in sterilisations acted in good faith and in accordance with the law in force.”3

The eugenics ideology still exists and still needs to be clearly condemned, as exemplified in the cases pending before the ECHR. In some countries, forced sterilization still exists, and it is clear that it can not be accepted. In many other countries, in a more subtle way, sterilization is encouraged, proposed and suggested to vulnerable segments of the population. The national policies of incitement to sterilization have to – as well – be unambiguously condemned by the ECHR. This should be part of the protection guaranteed in particular to vulnerable groups, such as the Roma. The Council of Europe’s activity is remarkable in the fight against organ trafficking in some of the Central and Eastern European countries; the issue of forced/incited sterilization is similar and has almost the same degree of gravity, it requires more attention. In this regard, the ECLJ recalls that the only form of sterilization unambiguously legal and moral is the medical or therapeutic one, when the sterilization is medically inevitable within a therapy.

Therefore, the ECLJ hopes that the Court will assert that everyone under the European Convention must be protected not only against forced sterilization, but also against “incited sterilization”, in particular when it concerns members of vulnerable groups.

Secondly, this case could give a precision on the extent of the obligations of the State regarding the right to “found a family”.

This case will be heard by the European Court less than one month after another important case related to procreationcomes before the Grand Chamber, in which the ECLJ were admitted amicus curiae status (S H and others v Austria). Unlike the present case, in which the State is being accused of knowingly sterilising the applicant, in the case of S H and Others v Austria,  the State was criticised for having not legalized all means of artificial procreation which would permit applicants to have children despite their sterility. Both these cases question the scope and nature of the State’s obligations when it comes to the right to found a family (art. 12) and respect for family life (art. 8). If the case of S H and others v Austria primarily questions the positive obligations of the State (obligation to do something), the case of V.C. v. Slovakia takes the angle of negative obligations, in other words, the obligation to refrain from hindering the foundation of a family or undermining the family life.

The European Court has always considered that the ‘desire to artificially procreate’ is not guaranteed by article 12. In 2007, the Court recalled that ‘article 12 of the convention does not guarantee a right to procreation’.4 This decision is consistent with the jurisprudence of the Court which constantly interprets this provision as ‘not as such guarantee a right to adopt or otherwise integrate into a family a child which is not the natural child of the couple concerned.’5 The Court has recognised this on several occasions.6 There is not a subjective right to procreate; there is only a protection against State interference in the freedom of couples to exercise their natural ability to have children by themselves.7

This interpretation of article 12 complies with the objective of article 8 which is essentially to protect individuals from arbitrary interferences from public authorities8 and to guarantee “immunity from all arbitrary interferences with his family”9 Thus, in the absence of compelling reasons (relative, for example, to age), the State must always respect, or more precisely, refrain from intervening in the decision of a couple to become parents. The State thereby must not, for example, resort to contraception, sterilisation or forced abortion, or the enforcement of dissuasive taxes for every new birth, as is the case in China. The European Court has even decided in 200710  that the State could not rely on the fact that one of the members of the couple was in prison, as reason to refuse this couple the legal means to allow them to try to start a family.

Thus, in summary, on one hand couples do not have the right to ‘have a child’, which could compel the State to give them access to adoption or a means of artificial procreation. On the other hand, the State has to refrain from putting obstacles in the way of couples who wish to exercise their ability to procreate.

Therefore, it is clear that a forced sterilisation violates, inter alia, both article 8 and 12, while a refusal to legalise some techniques of artificial procreation does not.

6 Margarita Šijakova and others v. “the former Yugoslav Republic of Macedonia” (Dec), no. 67914/01, 6 March.2003 « the right to procreation is not covered by Article 12 or any other Article of the Convention ».

Poland: the End of Eugenic AbortionBy Grégor Puppinck1603381631069
On October 22, 2020, the Polish Constitutional Court, meeting in plenary session, rendered a historic decision declaring that eugenic abortion is contrary to the dignity and life of the human being,
Read More
More Related Articles