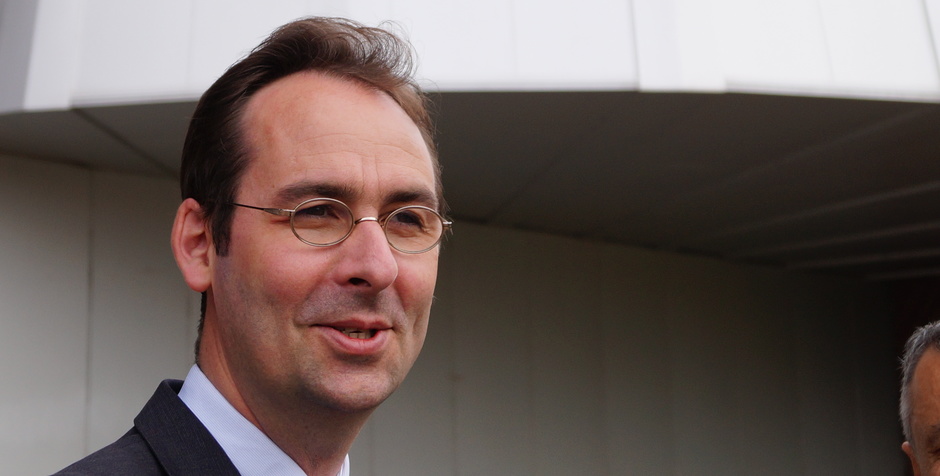 Assume one's condition of being mortal

L ’Incorrect: Only a few years ago, the legalization of fatherless ART was not even an option in (France). How would you explain that we got to argue on this issue so quickly? What does it imply concerning our society?

Grégor Puppinck : It is not moving quite as fast as you believe. These ideas emerged before the XXIth century in the mind of materialists and eugenicists such as American geneticist Hermann Joseph Muller (1890-1967) who already referred to surrogacy or ectogenesis (the growth of an organism in an artificial environment outside the body in which it would normally be found) and called for the creation of a global sperm bank for Nobel prize winners. The idea of Man’s emancipation from nature has mostly been affirmed since the end of the XVIIIth century. Voltaire mentioned Man’s “perfectibility”, which is the idea that humanity can improve ad infinitum, through the reign of reason and technical skills, to the point of making Man immortal. Later, this progress shifted to a eugenic perspective, therefore seen as a means to develop the human race. This idea was, from then, carried by “freethinkers”.

ART has been used for a long time by infertile heterosexual couples. Nowadays, the idea of extending it to single women or same sex female partners is on the rise. Would you say that the intrusion of technology in the process of the embryo’s fertilization is the root of the issue, and would you support the reconsideration of the power of technic over Man?

ART had not been experimented on Man when it was legalized. This method of reproduction, including anonymous donations of sperm or ovum, was believed to have no impact on the personality of the individual born through it, as the importance of the biological aspect of human identity was underestimated. Identity was considered a social construction, deprived of any roots in physical reality. Actually, people were no longer believing in the reality of human nature. The belief that personal identity would not be affected by the body is one of the main tenets of postmodern anthropology: it neutralizes race, gender and even filiation. However, nowadays there are testimonies of people born through ART, who talk about their experience, and bring out the fact that they have suffered from it their whole life and are looking for their fathers and siblings. The need to know one’s origins proves that Man cannot be reduced to a mere mind, that one’s body is not only fabric but is part of one’s identity. We should perhaps experience this dehumanizing technology and the suffering it causes. And, having learnt from it the hard way like children, eventually decide no longer to use it.

There are talks of extending euthanasia with the legalization of assisted suicide. Emmanuel Macron seems to be uncertain over this issue. Can one say, in a society which denies any form of transcendence, that one is the owner of one’s life and that one can dispose of it as one intends? In other words, when the transcendental dimension of the person is denied, what keeps that person from considering himself the owner of his body?

Euthanasia unfortunately already exists whereas the incitement to suicide remains prohibited by law. Article 223-13 of the Penal code states that “Inciting another person to commit suicide is punished by three years’ imprisonment and a €45,000 fine where the incitement was followed by suicide or attempted suicide.” For its part, the ECHR insists on the obligation of verifying the person’s free consent in order to avoid an abuse of weakness.

But in substance, the logic is as follows: a society which denies any form of transcendence easily comes down to having a totalitarian relationship with the body, which can thus become subject to appropriation. The individual will thus grants itself an absolute power over the human body, while human freedom would rather consist in assuming one’s condition of mortal and limited being. Some even mention a voluntary interruption of life which would be a counterpart to the voluntary interruption of pregnancy. In both cases, the concept remains the same, that of the domination of the will over the being.

No fight regarding a “societal” law has ever been won in France. At best, some violations have been postponed. Do you believe that humanity or at least the Western world will inevitably head towards the destruction of the individual and of the family following an alleged flow of history? Or is it simply the result of a better organized lobby?

Instead of mentioning an alleged flow of history, I believe we should rather focus on the loss of metaphysical sense within our modern societies. Secularization not only results from the progress of modernity but also from the decline of Christianity. If these so-called “societal” laws can be adopted, it is because of the decline of Catholic faith and its giving way to a new anthropology. Christian faith teaches that Man is an embodied being: his human nature is made of the harmonic union of the body and the soul. Furthermore, he gained dignity through the incarnation of God made man. The decline of this understanding of Man gives room to disembodied beliefs and to a materialistic vision of Man actively promoted by free thinkers and Freemasons.

You are the director of the ECLJ which is working at an international level. You especially take action in cases related to the ECHR. What do you think will be the battles to fight at the European if not the Western world level? In which countries does the culture of life prevail? What actions do you carry out?

I can see resistance rising from countries such as Poland, Russia and, more broadly, Central Europe. Countries which, as a response to Communism, have shown a greater freedom of mind. As for Russia, it has come a long way as this country was the first to legalize abortion and still widely allows surrogacy. But overall, the countries of the former Eastern bloc are, intellectually and spiritually, doing better than most Western countries. This may have positive consequences on the composition of the Council of Europe which might better reflect the European diversity, and someday uphold traditional anthropology.