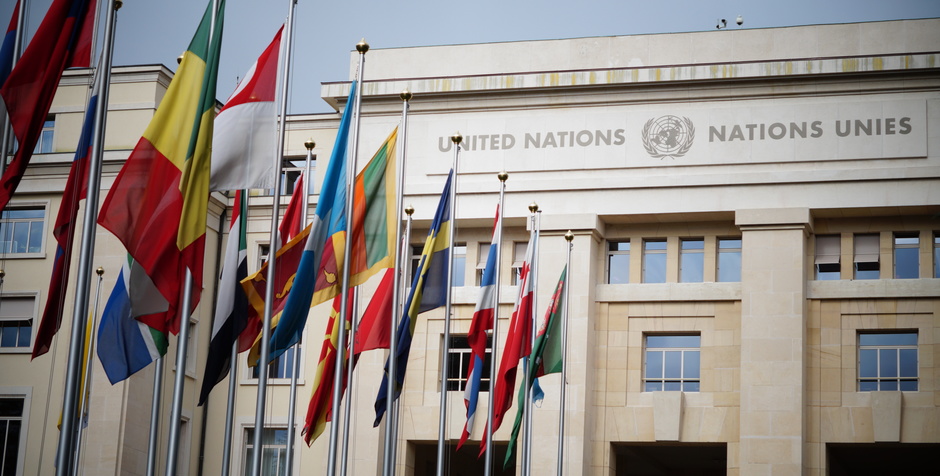 Mayors' Freedom of Conscience on Same-sex Marriage: Complaint at the Human Rights Committee

30 Mayors, members of the Collective “Maires Pour l’Enfance” (Mayors for Childhood) have filed a complaint with the Human Rights Committee on Friday 16th December 2016, for violation of the freedom of conscience.

In the request brought to the Committee, Maître Claire de La Hougue, lawyer at the Strasbourg bar and fellow of the ECLJ, exposes the violations of several articles of the International Covenant on Civil and Political Rights, as regards the obligation made to French Mayors to celebrate the ceremony of republican marriages for same-sex persons.

During the legal process of the law redefining marriage as the union of two persons no matter their sex, the president of the Republic had promised mayors the respect of their freedom of conscience. Finally the law had not provided a right to conscientious objection, but, on the contrary, the Minister of the Interior (Home Secretary) had signed a circular on 13th June 2013 to demand all town councilors to obey the law. The Minister referred to article 432-1 of the code pénal, punishing of five years of jail and € 75.000 fine the fact, for a person in a position of public authority to prevent the enforcement of the law; as well as article 432-7 of the code pénal, relative to the crime of discrimination and threatened to engage in disciplinary procedures the elected representatives in their quality of civil registrars, procedures which can lead to sentences of temporary suspension or revocation of their elective mandate (article L. 2122-16 of the General Code of the Territorial Authorities (CGCT).

The law said “Taubira” redefined marriage and implies deep modifications of the filiation, particularly adoption of a child who, on official documents, can have “two fathers” or “two mothers”. The fact for an elected representative to solemnly celebrate a ceremony for a union which does not constitute a real marriage in accordance with the universal sense of the word and which can have grave consequences for children can justify his wish to object in conscience to this act. This is the aim of this request, which explain why the threat of 5 years of imprisonment is unfair and a violation of the freedom of conscience of mayors.

This is the first time that such a request is brought to the Human Rights Committee. The latter is an organ which was created in 1976 by an Optional Protocol to the International Covenant on Civil and Political Rights. It is entitled to receive communications from private individuals who claim they are victims of a violation of one of the rights states in said Covenant. This Committee often expressed its view on conscientious objection in cases of compulsory military service, but not on other subjects such as this one.

In the past, ECHR ruled in the Ewida and others v. United Kingdom case (nos 48420/10, 59842/10, 51671/10 and 36516/10) and recognized that the refusal to register a civil union between two people of the same sex constitutes a conviction guaranteed by the freedom of thought, of conscience and of religion. Yet the ECHR had considered that this civil servant could be sanctioned for such a refusal, which reduced the liberal principle to naught.

As regards mayors, as developed in the request, they are elected representatives, people who were brought to power by citizens to represent them and defend values. To force these elected representatives, subject to imprisonment sentence and fines to celebrate these unions amounts to, in fine, forbid and elective mandate to people opposed for personal or religious reasons to this type of union and harms democracy.

The ECLJ supports this request and believes that the rights should be reconciled. The State has the obligation to conciliate as much as possible the competing rights and freedoms in order to respect them all. In this case, it clearly appears that the French government did not try to respect that but, on the contrary, wanted to crush the conscience of town councilors who did not share its new conception of marriage. This refusal to try to conciliate the rights in question is enough, in itself, to characterize a violation by the State of the right to the respect of freedom of conscience.

The State has all the means to ensure the celebration of republican marriages of people of same-sex while guaranteeing the freedom of conscience of town councilors. It is a question of will and of respect of everyone’s rights.