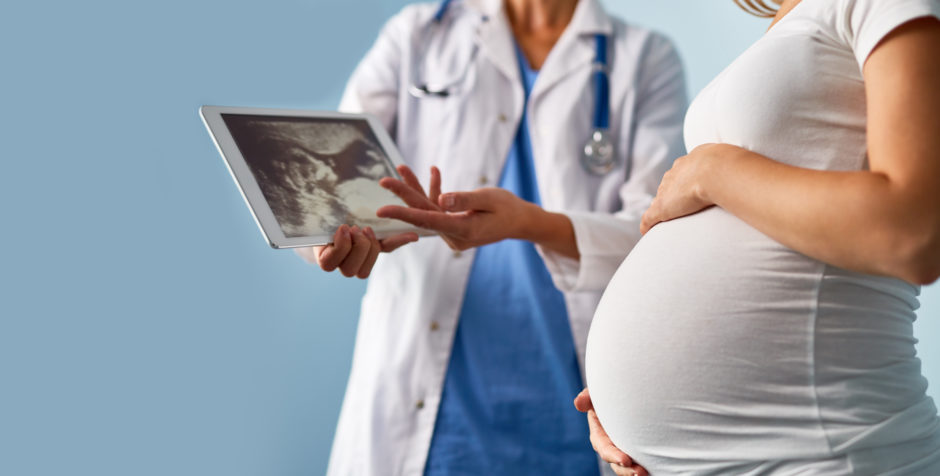 The Conscience Clause at Risk?

The Conscience Clause at Risk?

The "conscience clause" is the stipulation, or the legal, constitutional provision of natural law, allowing a subject not to apply an order, directive or precept contrary to the philosophical or religious requirements of his conscience. It is not a "right of withdrawal" for reasons of incompatibility of mood, competence, professional technique, disagreement with the order or regulation, or in the face of a real or imagined danger. It is the reasoned invocation of a higher and imperative value, the conscience which states and imposes a prohibition, with, certainly, the risk of subjective judgment. It is the: "Non posssumus".

If its principle was recognized as early as before the law of January 17, 1975, this law stimulated reflection and consecrated this freedom for the physicians confronted with abortion[i]. One may consider that its adoption and its consecration happened with the decision of the Constitutional Council of 15 January 1975[ii] which allowed the vote and the publication of the law. This "freedom to refuse" has constitutional value. The Constitutional Council stated:

Considering, secondly, that the law concerning the voluntary interruption of pregnancy respects the freedom of persons called upon to have recourse to or to participate in an interruption of pregnancy, whether it be for a situation of distress or for therapeutic reasons; that, therefore, it does not infringe the principle of freedom laid down in article 2 of the Declaration of the Rights of Man and of the Citizen.

For its part, the European Court of Human Rights (ECHR) imposes to balance between the rights of patients and the freedom of professionals[iii].

Parliamentarians displaying hostile principles to the text voted in favour of it under this condition. One wonders why they behaved contradictory in this way[iv]. It was the "double ethic", no doubt, but also a whole logic that was in question, so as not to write a democratic credibility[v].

Is it possible to write that, in the fight for or against abortion, some of those who demanded its liberalization certainly thought of invoking, even if the words were not there, their conscience clause?[vi] Claiming that the law should be reformed, they logically granted their opponents the right to use it in the future.

As of today (March 2020), in the context of the preparation of the new 'bioethics law', which will enshrine in particular polymaternity, the conscientious clause is being challenged. Why, and with what consequences?

Eminent representatives of the political class confirmed their desire to keep the clause, at least in principle. They were nevertheless very much in favour of abortion[vii], but on condition that abortion became a public service for which continuity had to be ensured[viii]. This confirmed the legal and philosophical link between the vision of the clause and the principled assessment regarding abortion. The concern to limit the scope of the clause is related to the concern to widen the scope of abortion, and also to refuse to discuss the nature of the embryo and the foetus. "Women's freedom" is invoked in support of this taboo, criminal threats are agitated[ix] even though they are framed by the Decision 2017-747 of the Constitutional Council of 16 March 2017. It was judged that the democratic debate is closed and that obstructing the application of the law resulting from the will of the sovereign Parliament can only be a political offence[x]. Even in the health professions, specific staff members are excluded: pharmacists, hospital directors, heads of departments...

Let us add that about the money - and it is less known - a private clinic must compensate the practitioner who can no longer perform his abortions following the invocation by a colleague of his conscience clause and his non-replacement[xi]. There is probably no other law so "locked", no censorship so implacable, not to write, at the risk of blasphemy, a law so "sacred"!

The parliamentary debates are accompanied by a decision handed down on 12 March 2020 by the ECHR denying midwives the right to object. The abortion would be an ordinary medical act whose free access takes precedence over conscientious freedom. For the Court (in this case a committee of three judges), it is about protecting women's health, which was invoked in the past and is not of minor consideration, but is not decisive since mothers will always find a professional who is willing to accept it. Moreover - unless we are mistaken - midwives have chosen such a profession, it is judged, knowing that it would involve participating in abortions! As, perhaps, to collaborate in euthanasia; and as for doctors in other places, to participate in capital executions?[xii]. It's the same logic.

Ordinary act? But what is abortion? That's the taboo. "The question will not be asked," repeated President Delegate!

Then, it was argued that the conscientious clause "stigmatizes" abortion (sic M. Aviraguet), and it was proposed that it be deleted. The verb was perhaps a bit strong, and in any case could only reach the act and not the persons. Would euthanasia be stigmatized tomorrow if adopted with a conscientous objection provision? Mr. B. Jomier argued that the general clause was sufficient for doctors, without having to extend it to nurses and medical auxiliaries and, under certain conditions, to private health establishments[xiii]. The usual argument was of the obscurantism of the "conservative" position and the "guilt of women". It is always a pleasure to reread these Pavlovian reproaches and incantations made by the practitioners of the aforementioned taboos!

In any event, the bill limited the refusal to medical abortion (Article L. 2213-2-2), which could be based on the existence of non-medical techniques, with the qualifier changing from cause to method. There could be two readings of this article of the draft, including a restriction on the right of refusal, since abortion on "non-medical" grounds was not included in the text. It therfore looses its general character, covering all causes of abortion in the current version. The final text is awaited.

Will we dare to recall the encyclical "Evangelium Vitae" (25 March 1995)? Is it actually possible in front of a tolerant secularism which has become an aggressive atheism as the preparation of the law of May 17, 2013 shows? (It enacted the absence of a conscience clause for the civil registrar and mayor who would refuse to marry a heterosexual couple! risum teneatis!)

If the clause specific to abortion law were removed, there would be a logic. Its purpose would be to remove all other clauses recognized by positive law. More logically, one would wonder why the Nuremberg judgment (1947) condemned the criminals because they had put their conscience aside. Why in Jerusalem, Eichmann was condemned for not having understood that the conscience clause exists?

But this astonishment would itself be criminal!

This clause would, it is said, have restricted access to abortion, would have been "counterproductive" (sic). Paradox: the clause would only take away a right from those who already oppose the act. It would have been more relevant to say that there would be a reference to the common law of medical refusal, which is not the refusal to provide a service under consumer law, with the exceptions of urgency and humanity[xiv]. Article L. 1110-3 and article R. 4127-328 include midwives. This refusal may be based on both personal and professional requirements, unless of course there is discrimination. This power enshrines the freedom of any doctor and midwife who is not at the orders of his clients, and is not subject to the "conscience clause" discussed. Or else, we would see the professional locked into the patient's way of thinking, in a unilateralism of conscience. The suppression and the reference to the ordinary law would make the restrictions surrounding the application of the current text fall away. Article L. 1110-3, which excludes "illegitimate" refusals (which have nothing to do with abortion) and provides for their sanction, can be applied in the event of refusal of abortion, which it does not rule out, since the "personal" requirement necessarily includes this case. The quality, safety and effectiveness of care would be compromised by performing the act in a moral situation of refusal. Articles R. 4127-47 and R. 4127-328 do not even make this reference to quality, and so on. And it should be noted that there is no restriction on the head of department (at least for now, but it would appear if this text alone were applied to abortion).

Here we have the counterpart of the free choice of the doctor[xv], intuitus personae alongside intuitus actus.

What would also be erased would be the symbolic force of the clause rather than the legal instrument of a refusal. It is a testimony to a freedom consecrated by the Constitutional Council. And it is in the very name of freedoms that it hinders, in the very name of unilateral freedoms, so much so that it is true that a liberal is a tolerant gentleman as long as one thinks like him!

The clause, enacted to protect health personnel, protects the embryo first and foremost and, to this end, finds its counterpart in Article L. 2151-7-1 - which would become Article L. 5121-10-... (research) with very broad provisions. It is known that Ms Veil was reluctant to carry out such research[xvi].

This special right continues to confirm the specificity of the medical act by its author and by determination of the law. Many medical acts are governed by a particular text without it being condemned! It will also serve as a precedent when the legalization of euthanasia shall come.

For these reasons, it may be thought that the disputed clause has an ethical value that is not known in ordinary law. Moreover, its constitutional value guarantees its maintenance, at least in substance, whereas ordinary law - probably unknown to the public - does not enjoy such protection. Perhaps it expresses a general principle of medical law, but, like the freedom of prescription, does not appear to have the same legal force, and may therefore be subject to the assaults of the legislature.

References in French only