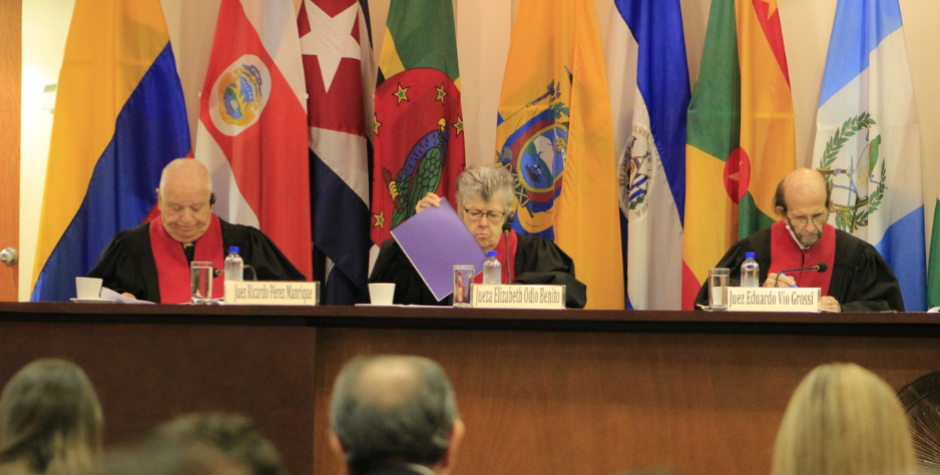 Infanticide: decision of the IA Court

The Inter-American Court of Human Rights recently issued another anti-life judgment: Manuela v. El Salvador. Pro-abortion organizations that brought the case before the international court openly sought to provoke a ruling that would create a Latin American right to abortion and that would summon El Salvador to decriminalize abortion. However, the court admitted that the case did not involve an abortion and entirely avoided a holding on the issue of abortion which, in a sense, was a prolife victory. Similarly, the dissenting opinion by Judge Eduardo Vio Grossi, categorically stating that no right to abortion exists under international human rights law, gave a nod to the prolife cause.

An Inter-American court majority of six to one, however, promoted impunity for infanticide in El Salvador and condemned its enforcement as a human rights violation. Citing a variety of non-binding international human rights sources including European Court of Human Rights case law, which has neither persuasive nor binding authority over Latin American states, the court concluded that the prosecution and incarceration of a mother who ended her new-born child’s life by throwing him into a latrine violated her rights under the American Convention on Human Rights. The court also attributed her death from terminal cancer to El Salvador’s negligence in prison conditions and ordered it to pay reparations to her surviving family members.

In a previously unheard of ruling for any international court, the Inter-American court ordered El Salvador to amend its national laws to lower penalties for infanticide, which according to the court should be subjected to a calculation of proportionality. It also orders it to generally inhibit enforcement of its criminal ban on infanticide by adopting criminal procedure reforms and regulations. Notably, the judgment urges El Salvador to pass “confidentiality” regulations that would penalize medical doctors who report potential infanticide cases, a measure that is clearly designed to inhibit investigation and prosecution of suspected infanticide and to punish reporters.

ECLJ filed a prolife amicus brief in support of El Salvador, citing European and international human rights law on medical confidentiality, countering the lawsuit’s assertions that European jurisprudence supported an understanding of medical confidentiality that would inhibit prosecution of abortion and infanticide. Other criminal procedure reforms demanded from El Salvador to promote impunity for infanticide include the creation of new standards for temporary imprisonment to ensure that a mother who kills her newborn child cannot be lawfully apprehended. Mandatory trainings for judiciary and law enforcement employees that would minimize infanticide prosecutions are also ordered by the Inter-American Court as reparation measures.

The ECLJ amicus, drafted by Dr. Grégor Puppinck, Nicolas Bauer and Professor Pablo Nuevo (Universitat Abat Oliba CEU, Spain), is mentioned in the judgment on page 6, as generally discussing privacy rights in the context of the right to health. Names of at least 23 international prolife organizations that submitted an amicus curiae brief in support of El Salvador, however, were entirely omitted while the names of pro-abortion organizations were fully listed, perhaps in an attempt to minimize the appearance of prolife support from civil society.

The lawsuit originally cited European court jurisprudence to support an alleged right to confidentiality that would preclude reporting of suspected infanticide by medical doctors. The ECLJ amicus refuted this point of law with both European Court of Human Rights case law and comparative European law analysis. Perhaps in light of this information the court seems to have dropped any references to European Court precedent on that issue, but it did cite ECHR decisions on privacy and fair trial rights, such as S. and Marper v. UK, Avilkina and others v. Russia, Korneykova and Korneykov v. Ukraine, allegedly supporting its demands for legislative reform that would create impunity for infanticide in El Salvador.

It remains to be seen whether the small prolife Central American nation will fully comply with the ruling or whether, as with the great majority of Inter-American Court of Human Rights decisions, it will report partial compliance or no compliance at all. According to the American Convention on Human Rights, any court orders to modify laws at the national level are not self-executing and must be approved by the country’s legislature. El Salvador’s legislature will therefore have the last word on a criminal law reform to inhibit infanticide investigation and prosecution in that country.

Eugenic Abortion Violates Human RightsBy Grégor Puppinck1634899206265
Killing a baby is bad. Killing a baby solely because of his race, sex or disability is even worse. This truth is difficult to avoid, and it is one of the main issues debated in the “abortion...
Read More
More Related Articles