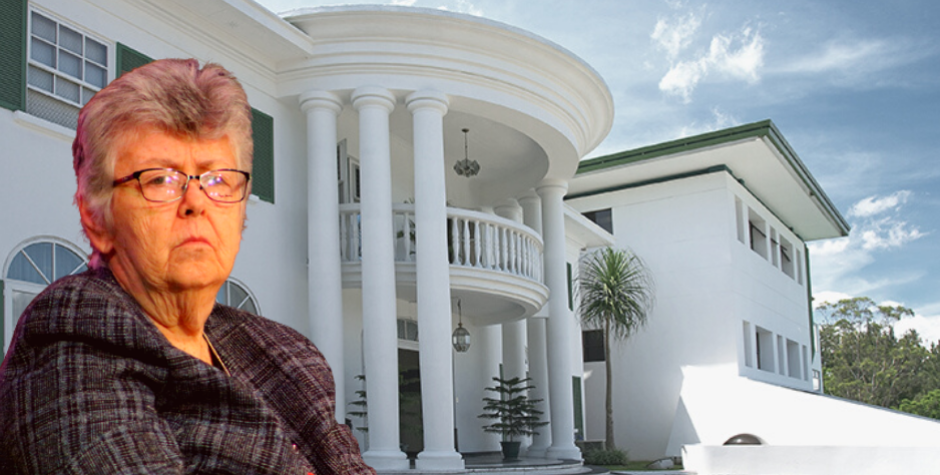 Conflicts of Interests at the Inter-American Court of Human Rights

The hearing of the case Manuela y otros Vs. El Salvador (No. 13.069) will take place on March 10 and 11, 2021 in San José, Costa Rica. We had already told you about the merits of this case. The ECLJ intervened as amicus curiae in this case pending before the Inter-American Court of Human Rights (see our brief).

The Inter-American Court will rule, inter alia, on the following two questions:

- Does the right to privacy imply the recognition of a “right to abortion”?

- Do States have an obligation to decriminalise neonatal infanticide in cases of social distress of the mother?

Prior to this hearing, the ECLJ wishes to make public a letter we sent on February 5, 2021 to the President of the Court. It highlights potential conflicts of interest within the Inter-American Court in this case and asks for clarification on this situation.

The main applicant NGO, the Center for Reproductive Rights, is using the dramatic personal story of “Manuela” to promote its far-left social agenda. This NGO, based in New York, seeks to impose on American States the legalization of abortion, as well as the decriminalization of neonatal infanticide, i.e., the killing of a new-born. This request, after having been the subject of a political and media campaign in El Salvador, is now before the judicial institution of the Organization of American States (OAS).

The ECLJ is familiar with this process known as “strategic litigation”, whereby liberal NGOs multiply judicial remedies as a means to achieve a more global objective of a political nature. The judgments and decisions following strategic litigation are generally the most controversial, ideologically speaking. They are also those raising questions about the impartiality of justice. This is for example the case in Europe, at the European Court of Human Rights (ECHR), as we showed in the report “NGOs and the Judges of the ECHR 2009 – 2019” (G. Puppinck, February 2020).

The President of the Inter-American Court, Ms. Elizabeth Odio Benito, is currently a member of the International Commission of Jurists (ICJ), after having served on its Board of Directors. This NGO is funded by OSF (≈ $1,300,000 / year). The Open Society Justice Initiative (OSJI), fully funded by the OSF, also gave an award to Ms. Benito, which she received publicly and proudly.

These links between Ms. Benito and the OSF network are problematic for the following reasons:

Ms. Benito has strong ties of interest with one of the two parties, which does not allow her to impartially rule the dispute between liberal NGOs and El Salvador. The President of the Court has so far not replied to the ECLJ letter, but one can hope that she will withdraw from the case in the interests of judicial ethics.

Other more general questions on impartiality arise at the Inter-American Court, again in connection with the Open Society network. They are more serious because they are systemic. In particular, the OSJI has given itself a seemingly quasi-official role in the judicial appointment process. Indeed, this NGO selects and convenes a panel of experts to hear candidates for the position of judge at the Inter-American Court. This process is supported by many other NGOs, including the three applicants in the case of Manuela Vs. El Salvador. Following the hearings, the OSJI evaluates the candidates and makes recommendations to the General Assembly of the Organization of American States (OAS), which elects the judges.

The process conducted by the OSJI is completely unofficial: it is intended neither in the American Convention on Human Rights nor in the Rules of Procedure of the Inter-American Court. However, most candidates for the position of judge undergo this process of hearing and evaluation by the Open Society, prior to the official process of the OAS General Assembly. Candidates for the position of judge thus endorse the role that the OSJI has invested itself, by participating in the process that it sets up. What is even more serious, in the case of Manuela Vs. El Salvador, is that the three applicant NGOs officially support this hearing - evaluation process.

As an illustration, the Colombian judge Humberto Antonio Sierra Porto submitted to the evaluation of the Open Society panel of experts in 2018, by answering an interrogation. His candidacy was supported by this panel of experts, which published five laudatory pages on his profile, concluding that he is “highly qualified to be elected again as a Judge of the InterAmerican Court.”[1] Given that this process is organised by the OSJI and supported by the three applicant NGOs in Manuela case, can Judge Sierra Porto impartially judge a dispute between these three NGOs and a State? On this point also, the ECLJ hopes to receive a response to its letter and considers that Mr. Sierra Porto should not sit in the Manuela case.

Private funding from the Organization of American States

Three months ago, the ECLJ revealed the fact that the Council of Europe, on which the ECHR depends, was receiving private funding, in particular from the Open Society. The Organisation of American States (OAS), on which the Inter-American Court depends, also receives such private funding. The OSF has contributed over $410,000 to the OAS between 2017 and 2019.[2] This payment raises a number of questions: on the one hand, it is surprising that the OAS is thus open to private funding; on the other hand, the fact that the same NGO finances both applications before a judicial institution and the organisation on which this judicial institution depends raises an additional problem.

The political influence of the OSF, through its financial power, leads to what Gaëtan Cliquennois calls a “privatisation” of the Human Rights system. In the absence of explanations from the Inter-American Court on the questions of judicial ethics raised here, the future judgment in Manuela Vs. El Salvador will be devoid of authority.

[1] “Final report of the independent panel for the election of judges to the Inter-American Court of Human Rights” 31 May 2018, available here, pages 25 to 29.

[2] The details are available on OSF website (URL link).