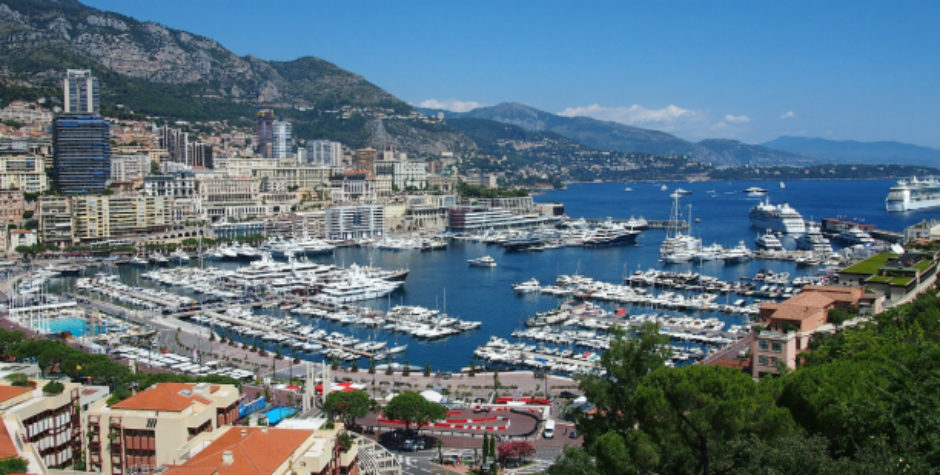 This article was published on Aleteia on 6 June 2019.

In the course of its spring session, the Parliament of Monaco will take up several legislative proposals on social issues, including a measure that will decriminalise abortion.  This debate presents multiple questions possessing ethical, political, and religious elements, as Monaco is one of the few remaining countries in Europe in which Catholicism is the official state religion.

The Archbishop of Monaco, Mr. Bernard Barsi, recently warned members of Monaco’s parliament that “legalising abortion would inevitably be a political choice communicating the desire to forsake the denominational history of this State.”[1] Indeed, the Constitution of Monaco actually enshrines Catholicism as the country’s official religion,[2] and consequently Christian moral values have traditionally occupied a prominent place in national law.  Due to its official status under the national constitution, the Catholic Church is legally permitted to participate in domestic legislative debates through the voice of the archbishop.[3]  However, fifty years after the cultural revolution of May, 1968, many of the Catholic Church’s moral teachings have been badly misunderstood or rejected outright by scores of governments across Europe.  In these societies, religion is often reduced to a mere private conviction that has no place or role to play in the social and legal spheres.  Monaco is no exception to this trend.

In 2009, the existing prohibition of abortion in Monaco was partially lifted to create exceptions for cases of rape, severe foetal deformations, and danger to the life of the mother.[4]  Subsequently, in 2011, the cult of the free-masons was allowed to legally establish itself in Monaco for the first time, under the mantle of freedom of association.[5]  Archbishop Barsi strove in vain to defeat these two developments.  Moving forward to 2019, the National Council of Monaco—the national parliament responsible for advising the monarchy—will consider in a public session the following additional changes to current law:

The legalisation of “civil union/partnership” for same-sex partners; the loosening of the country’s longstanding blue laws requiring rest on Sundays; and above all, the decriminalisation of abortion, under any circumstances, during the first trimester of pregnancy.

This last legislative proposal, originally put forward by former Member of Parliament Eric Elena on 3 October 2017, seeks to modify Article 248 of Monaco’s Penal Code, which defines and proscribes abortion as a criminal offense under national law.

The Opposition of the Archbishop

On the subject of sanctity of life, there is a glaring gap between the principles of the Catholic Church and the present ambitions of Monaco’s Parliament.  Pope Francis again denounced in October 2018 “the suppression of human life in the womb in the name of advancing other rights” and simultaneously condemned as unjust the “hiring of a hitman to resolve the problem [of an unwanted pregnancy].”[6]  Archbishop Barsi of Monaco took the following position on the Parliament’s various proposals concerning abortion in December 2018: “decriminalise, yes; explicitly legalise, no.”[7]  He then went on to suggest several restrictions upon which any attempt at decriminalisation ought to be conditioned: “any decriminalisation of abortion should apply only to the women involved,[8] for whom the act is often a ‘traumatic experience’,”[9] and not to the doctors who perform them.  It must also be accompanied by policies that provide help and alternative resources to pregnant women contemplating the possibility of an abortion.  Such a limited form of decriminalisation could, according to the archbishop, be tolerated by the Catholic Church in Monaco.[10]

But will the position of Archbishop Barsi be followed by the National Council?  One must recall that the legislative process in Monaco is a lengthy one, and as of today it has only just begun on this matter.  After being adopted by the national parliament, any decriminalisation proposal will have to be transformed into an official bill of law, to which the government of Monaco is required to give its assent.  In reality, the parliamentary debate currently ongoing is more of a symbolic gesture, as in practice pregnant women are almost never prosecuted by Monacan authorities for having undergone an abortion procedure.  For now, the president of the National Council, Stéphane Valeri, seems to share the stance of Archbishop Barsi.  He has steadfastly refused to consider a decriminalisation proposal that would exonerate doctors who provide abortions, as that would effectively “legalise” the practice and constitute a direct change to Monaco’s constitution.[11]  Thus, it is unlikely that the proposal made by Eric Elena would be adopted during the public parliamentary session this summer without being amended to reflect this more conservative view.

From Decriminalisation to Legalisation—A Slippery Slope?

Why would the general decriminalisation of abortion be incompatible with the official status of the Catholic Church in Monaco?  As compared to positive legalisation, decriminalising abortion prevents the state a priori from promoting this practice as a “human right.” Mere decriminalisation could be acceptable so long as abortion is officially considered “an evil” that the state and society tolerate only in exceptional cases and which they actively discourage as a matter of public policy.  However, on this point the Catholic Catechism states clearly that: “As a consequence of the respect and protection which must be ensured for the unborn child from the moment of conception, the law must provide appropriate penal sanctions for every deliberate violation off the child’s rights” (CCC, no. 2273).  It is a general legal principle that a prohibition is always accompanied by a corresponding punishment.  Thus, for reasons of legal coherence, a practice cannot at the same time be both decriminalised and considered a grave illegal offense.  Indeed, the Catechism indicates that it is the duty of public authorities to establish “penalties commensurate with the gravity of the crime” (n. 2266).  Insofar as the Catechism decries abortion as an “abominable crime,” a decision to decriminalise the practice is directly at odds with the core principles of the faith.[12]

In addition, decriminalising abortion would actually open the door to its complete legalisation.  It is an irreversible legal trajectory, as has been demonstrated by the example of France and many other nations.[13]  Even in 2009, Archbishop Barsi already foresaw concerning abortion that: “all the rest is sure to follow and the worst is definitely to be feared.”[14] This sentiment has been validated by the fact that the author of the current proposal, Eric Elena, admitted that his text seeks “to open the door”[15] towards the establishment of abortion as a “human right”,[16] a position which goes far beyond simple “tolerance.”

Will the Vatican Intervene?

If Monaco attempts a general decriminalisation of abortion, it is likely that Pope Francis will intervene, as he already did in a similar case concerning Andorra in November 2018.  At that time, the Pope strongly exhorted the bishop of La Seu d’Urgell to stand against the total decriminalisation of abortion in Andorra, making no distinction between it and a compete legalisation of the practice.  In the event of an affirmative vote to decriminalise abortion, the Vatican stated it would request the bishop’s abdication, an occurrence which, due to the bishop’s status as one of the two co-princes of Andorra, would call into question the system of co-sovereignty that has existed since 1268.  In the case of general decriminalisation of abortion in Monaco, the Vatican could similarly call into question the close ties between the papacy and the national government.  For his part, Prince Albert II has affirmed on multiple occasions his strong support for and continued attachment to the National Catholic Church.

[12] Here it is essential to make a diffrence between the Criminal Law and the Divine Mercy, the latter offering without limit mercy and forgiveness to any person who repents.

EU: Misapplying of the Right to HealthBy ECLJ1625838279508
As you may know, the European Parliament finally adopted the Matić Resolution on abortion, with 378 votes in favour, 255 against, and 42 abstentions. It is a defeat, marked however by a strong...
Read More

Abortion: a Worldwide ConflictBy Grégor Puppinck1625476184200
As I write these words, the fight for the defense of human life is being waged on numerous fronts. It proceeds in the European Parliament against the Matić Resolution , in national parliaments (in...
Read More

Guaranteeing the Right Not to AbortBy ECLJ1624362961816
Every year, abortion ends one fifth of pregnancies worldwide and one third of pregnancies in Europe, with 4.5 million voluntary abortions as against 8.5 million deliveries in the 47 member States of...
Read More

Why Abortion Is No Human RightBy Grégor Puppinck1623767259824
During the drafting of the Universal Declaration of Human Rights, there was a vigorous debate about when the right to life begins. The Commission on the Status of Women, chaired by Madame Begtrup,
Read More
More Related Articles