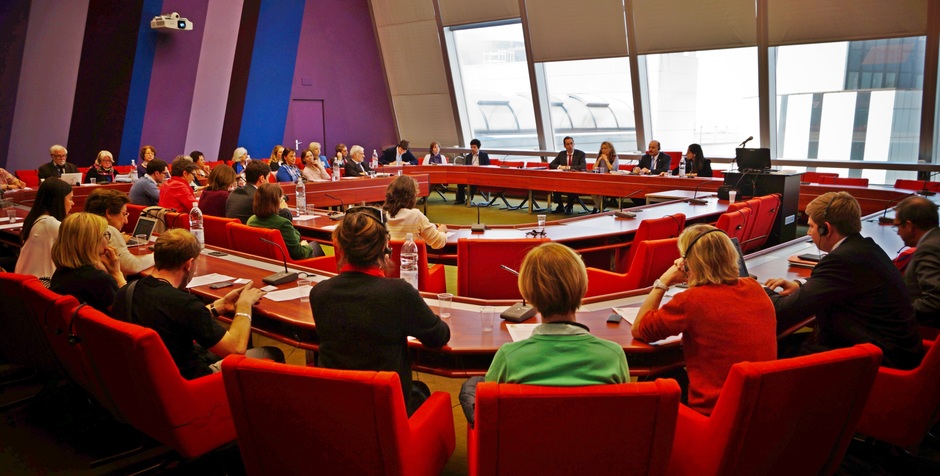 Woman and Child in the Context of Surrogacy: Audition at the Council of Europe

A conference organized by "No Maternity Traffic" at the Council of Europe took place Wednesday, April 22, during the session of the Parliamentary Assembly.

Three very specific aspects of surrogacy were pointed out during this one hour conference chaired by MP Valeriu Ghiletchi (EPP, Moldova).

Dr. Grégor Puppinck, director of the ECLJ, through a broad legal approach, reminded that the sale of children contradicts blatantly human rights and human dignity. It can’t be denied that with surrogacy, come the questions of the “production on demand” of children and the price that “intended parents” are ready to pay for. Therefore, according to Dr. Puppinck, MPs and civil society, before asking themselves how surrogacy should be regulated, or what could be the more ethical legal framework, the question of its compatibility with human rights should be the very first one.

Concerning the legal framework, Mrs. Laura Gotti Tedeschi, research assistant for Core, was able to emphasis the example of the United-Kingdom, where surrogacy has been legalized 30 years ago. But even so, since this country has opened the door of a true market, “intended parents” are often looking for the cheapest and easiest solution, and therefore continue to go to India for instance, where surrogacy is far less expensive.

Furthermore, as the attendants in the room were able to see it, a video containing the testimony of a former surrogate mother was shown. It demonstrated that legalization and regulation of surrogacy does not prevent from risks of pregnancies and numerous other questions that arise in each case. In this specific case, the fetus had a strong cerebral disability. The “intended parents” made it clear that they would no longer want the baby, leaving the surrogate mother in the middle of her pregnancy in a very uncomfortable situation.

Mrs. Anne Schaub, a Belgian Psychotherapist, from Family Systemics, completed the session with psychological material often ignored: the links that a child builds with his or her mother during the pregnancy, the identification of the child with his or her mother and the fear that all children have to lose them. Whereas the purpose of surrogacy is precisely to cut all the links between an infant and his or her mother, it is a moment in the existence of the small child when he or she specifically needs a mother close by.

In the end, the assembly could realize that surrogacy is not just about the desire of being parents, but has very strong implications for children, their dignity and human rights.