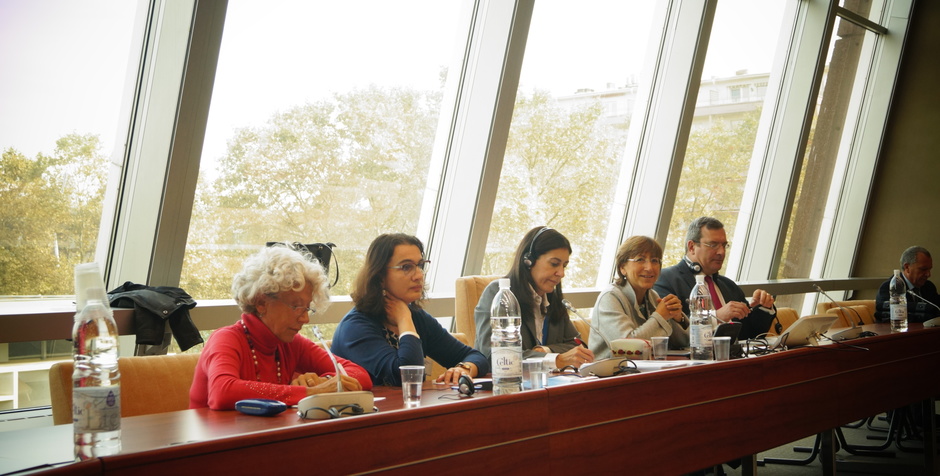 Surrogacy: Final Vote at the Council of Europe

Today, 11 October, the Parliamentary Assembly of the Council of Europe will give its decision regarding the draft recommendation and the report “Children’s rights related to surrogacy” adopted by the Committee on Social Affairs, Health and Sustainable Development, in Paris on the 21st of September.

The Committee had rejected on that day the draft resolution of Petra De Sutter, who was making a misleading distinction between commercial and altruistic surrogacy.

The draft recommendation is only two paragraphs long and pretends to protect the rights of children but without condemning surrogacy. Amendments have been tabled to clearly condemn surrogacy.

The ECLJ hopes that the deputies will amend this text tomorrow so as to make it condemn surrogacy and for this recommendation to become an instrument in international law to fight this practise.

A conference yesterday in the Council of Europe gives reasons to be optimistic as regards to the issue of the vote today. The side-event entitled “Children’s rights, women’s rights – Reflections on surrogacy” brought several voices against surrogacy and the draft recommendation.

Mrs Ana-Luana Stoicea-Deram, President of the Collectif pour le Respect de la Personne, denounced the explicit bias of the Rapporteur, who fought in Belgium to liberalise the practise of surrogacy and who collaborates with the clinic Seeds of innocence.
Mrs Stoicea-Deram explained that the report of Mrs. De Sutter “moves the question from the responsibility of the adult buyers to put it on the responsibility of the State to guarantee the rights of children”. She had previoulsy that put forward the question for women: “the emergency is to consider women before the rights. As a feminist, the first problem of surrogacy is the invisbility of women. Women are ignored in La Hague conference and in the countries allowing surrogacy such as Belgium”.

She was met on that point by philosophy professor Mrs Francesca Izzo, who denounced a “internal contradiction in altruistic surrogacy: one cannot talk about solidarity, ethic, generosity when the body of a woman is put to rent […] we do not have to accept surrogacy simply because it is technically possible.”

Maître Jean Paillot finally pointed out several problems in this report, particularly the distinction between for profit and altruistic surrogacy. “There is in this Explanatory memorandum a clear refusal of for profit surrogacy. So it implies that surrogacy could be legitimate in some cases. But the distinction is not justified. In both cases, the contract is about a child and in both cases there is always a promise of abandonment.” He also joined the conclusion proposed by Francesca Izzo “if one wants to protect the superior intrest of the child, there is a simple way to do it: not to have him be born as the object of a contract”

Deputy Elena Centemero concluded on surrogacy: “it is not just a reproductive technique, but also a technique that challenges several human rights.”