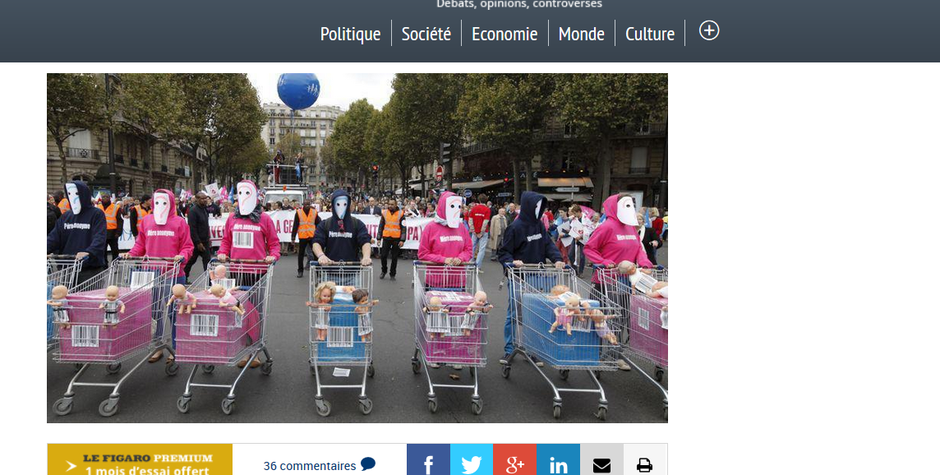 The Liberalisation of Surrogacy by the ECHR

The Liberalisation of Surrogacy

The European Court of Human Rights (ECHR) is progressively legitimising surrogacy by a rapid succession of decisions each carrying further the liberalisation of this practice and the logic of the right to a child.

The three new cases against France concern a couple living in Dubai having obtained a child in Ukraine, and two men having each conceived children by surrogacy in India with surrogate mothers who are also probably the true biological mothers. One of the men acknowledges to having deposited 100,000 rupees to the surrogate (around €1,300, three year salary for a labourer) and 60,000 rupees to the hospital. It is a “low-cost surrogacy”. The other claimant is in a civil partnership with another man, having also obtained twins in India. This will be the first case of “homosexual surrogacy” dealt with by the Court, but the Court will refuse to take into account this circumstance in the name of the principle of non-discrimination. Thus, the acceptance of surrogacy leads also to these low-cost “baby factories” and “homosexual surrogacy”.

In the course of these cases, it is the same logic which the Court imposes: the dehumanisation of procreation makes possible, for everyone, the procurement of a child and the constitution of “families” that the Court is quick to protect against the laws which oppose the commodifcation of human beings. The interest of children and the dignity of young surrogate mothers are sacrificed.

It is a chain which extends the liberalisation of surrogacy by following a “rhythm imposed by our Court” as Dean Spielmann, President of the Court, recognised during the solemn hearing on January 30th 2015. It is important to note that it is the Court that chooses its cases among the numerous amounts submitted to it. It rejects 95% without justification or in-depth examination, and it also controls the calendar. It is following this “rhythm” that the Court decided to make the new French cases public in the wake of the publication of the Paradiso case. In the mind of the public, one case follows the other, but in the method of the Court, every case is built upon the last, as the Court cites itself. To say that this method falls under orchestration is not excessive: it is in this way that Mr. Spielmann describes the interaction between the Court and the States in comparing it, in an odd manner, to the “Sacrificial Dance” from Igor Stravinski’s “The Rite of Spring”. He indicates that concerning surrogacy, “our Court was asked (…) to impose its tempo” and he is delighted regarding the condemnation of France in June 2014 in that “choosing not to request the referral of that case to the Grand Chamber, the French Government have proved that the decision adopted was acceptable.” This signifies that the French government agrees to continue dancing, and why not to accelerate the rhythm. Not having appealed the cases Mennesson and Labassée means that the current French government consents to new condemnations in the three new cases. The ECHR can therefore continue to impose surrogacy on France externally with the consent of a government that failed to impose it internally by democratic vote.

In asserting that it does not condemn the ban itself on surrogacy by the States, the Court drains this ban of its substance to the point that two “dissenting” judges, including a Vice-President of the Court, wrote that the Paradiso case “reduces to nothing” the freedom of the States to refuse surrogacy and to not grant it legal effects.

In this undertaking the ECHR is internally divided, but does not encounter any external resistance because it enjoys the founding status of human rights and does not know any other opposing institutional force.