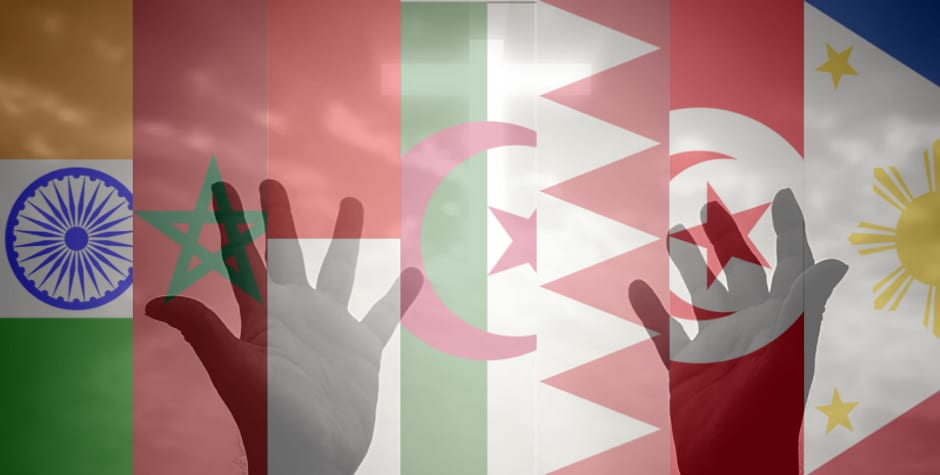 The ECLJ sent several reports to the UN on the 41st session of the Universal Periodic Review mechanisms. In these reports, we specifically addressed the issue of religious freedom for the review of Tunisia, the Philippines, Morocco, Algeria, Bahrain, Indonesia, and India. You can read our full reports for each of these countries by clicking on our Religious Freedom World Map on our main page, or through our UPR list of reports here. One may not know that these countries are members of the ICCPR (International Covenant on Civil and Political Rights). Therefore, they are supposed to recognise freedom of religion and worship for all inhabitants of their countries under Articles 18 and 27 of that Covenant. Article 18 states that:

Additionally, Article 27 further provides for the protection of religious minorities.

Even though these countries committed to respect this freedom of religion or belief, they do not fulfil this obligation. All these countries were recommended by the last UPR to promote and allow religious freedom on their territories.

In these countries that are currently being reviewed by the UPR team, repression or even persecution is organised through the establishment of laws; Therefore, the country is entirely responsible for the repression being enforced and legitimised by law. Repression or even persecution are also organised by repressive groups which are not directly affiliated with the government, such as terrorists, mob, individuals, etc.

Apart from the Philippines, the six other countries all have laws that favour the dominant religion; thus, these laws harm and persecute religious minorities.

Anything that could undermine the dominant Islamic religion in Morocco, Tunisia and Algeria is punishable and proselytising is forbidden. Therefore, the law explicitly prohibits Christians from practicing their faith, as the act of simply spreading the message of Jesus Christ to Muslims is perceived as “shaking the faith of a Muslim.” Thus, religious persecutions are perpetrated in the name of this law.

In Algeria, on April 21, 2021, an Algerian scholar was sentenced to three years in prison and a fine of 50,000 dinars (around USD 16,360) for “offending Islam”.[ii] His crime was to assert that certain Muslim practices were of pagan origin, because they existed prior to Islam and that the Quran, as well as the Hadiths, lacked scientific accuracy. This scholar, Saïd Djabelkhir, appealed to the Cour constitutionnelle, to declare that this law conflicts with the Constitution – that provides freedom of religion. Sadly, a court refused to transmit the appeal to the Cour constitutionnelle for a constitutional review.

Moreover, in 2006, the government adopted Ordinance 06-03, which regulates places of worship for non-Muslim believers.[iii] Over the past several years, the government has used this law to shut down numerous churches across the country.

Moroccan Christians, especially those who converted from Islam, still face societal pressure and persecution from their family, friends, and even employers. For example, a Christian, who converted from Islam, was threatened by his employer, and had a gun waved in his face. When this Christian filed a complaint to the police, they refused to investigate. Instead, the police told him to never talk about his religious conversion.[iv]

In Tunisia, in October 2020, a Christian woman in her 50s was beaten by her own brother for having other religious beliefs than Islam.[v] When she tried to report the incident to the police, she was ignored.[vi]

This ban on proselytizing is based on a profound injustice because it is one-sided. Indeed, there will be a prosecution only if a believer of a religious minority shakes the faith of a Muslim. Should a Muslim try to convert a Christian, none of this would happen.

Most of the violence is being carried out in states where there are anti-conversion laws.  For instance, those laws make it almost impossible, for a Hindu to convert to Christianity. In fact, these laws legitimize persecution against Christians. These attacks on Christians can be carried out with judicial impunity, often with the help of local authorities. For example, in Chhattisgarh, on 17 March 2022, a fifty-year-old evangelical pastor, Yalam Sankar, was attacked by five strangers in his home.[vii] The pastor was dragged out of his home and beaten to death.[viii] He had been threatened before that by Hindu groups, telling him to stop preaching his religion.[ix]

A country can restrict freedom of religion with a “blasphemy law” that often goes hand in hand with the ban on proselytizing and anti-conversion law.

In Indonesia, Christians have been arrested and brought to court in blasphemy cases, while people insulting Christianity or other religions were guaranteed impunity”.[x]

In August of 2021, a former Muslim who converted to Christianity was arrested and accused of blaspheming against Islam because of a YouTube video he posted he said: “Muhammad is unknown by God and is only known by his followers because he is surrounded by devils”.[xi] At the time our UPR report was drafted, he was still being detained in a Jakarta detention centre.[xii]

In Bahrain, in July of 2019, a Shia cleric was arrested and charged with “contempt of sect” for comments he made during a sermon.[xiii] If the government is willing to prosecute fellow Muslims for blasphemy, we are concerned that these laws could also be used to target Christians and any other religious group.

Yet since 2017, King Hamad bin Isa Al Khalifa has implemented measures to promote freedom of religion. Indeed, in July 2017, he signed the “Kingdom of Bahrain Declaration”.[xiv] As stated in the Declaration: “People of all faiths should be accorded the right to congregate to worship, educate, celebrate, and practice the requirements of their respective faiths.” In 2018, he created the King Hamad World Centre for Peaceful Co-Existence, which has held conferences promoting interreligious dialogue.[xv]

We encourage the steps taken to ensure freedom of religion within the country and hope that this will be respected.

In the above-mentioned countries, these laws (Ban on proselytizing, Anti-conversion Law, Blasphemy Laws) are very pernicious, as they justify ostracism and repression of religious minorities. These countries need to respect what they have committed themselves to by ratifying the ICCPR. That is why the ECLJ submitted these reports to the UPR mechanism: to shed light on these countries, so that they repeal these laws which are not in conformity with international law. These laws do not provide for freedom of religion, but they justify harassment and persecution.

The case of the Philippines is different. Christianity is the religious majority that is being persecuted by a minority of Islamist terrorism.

Indeed, a famous terrorist group in the south of the country is persecuting the population and is also operating in Indonesia. Its name is ISIS (Islamic State of Iraq and Syria). In January 2019, ISIS claimed responsibility for two bombs that detonated at a Roman Catholic cathedral.[xvi] The blasts were set off during a Sunday Mass, killing twenty people and injuring more than hundred.[xvii]

Fortunately, since 2020, the government has taken the threat seriously with the Anti-terrorism Act. Still, attacks against Christians have continued to be perpetrated.

We do hope that the Philippines will be able to dismantle this terrorist group and prevent further victims, so that Christians can practice their faith without fearing for their lives.