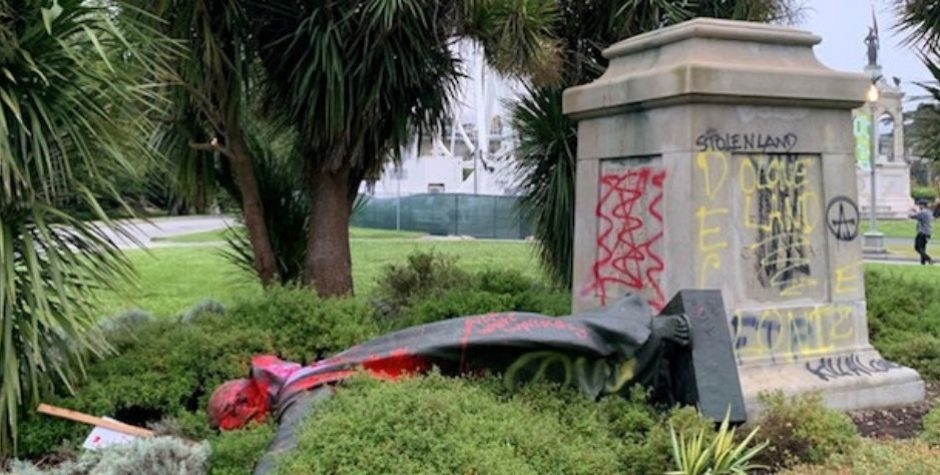 Christianity is the most persecuted religion in the world. That is why the label “Christianophobia” is common in the language of international and regional human rights bodies. Most of them often condemn together “anti-Semitism,” “Islamophobia” and “Christianophobia.” However, the European Court of Human Rights uses the first two labels in its case-law but has never mentioned “Christianophobia” as such.

International Covenants and the European Convention of Human Rights offer broad protections for religious freedom, freedom of expression, and condemn actions that discriminate against another on the basis of race, religion, or gender. For instance, the International Covenant on Civil and Political Rights prohibits discrimination “of any kind, such as race, colour, sex, language, religion, political or other opinion, national or social origin, property, birth or other status” (Article 2(1)). The European Convention on Human Rights includes very similar provisions (Article 14; Article 1 of the Protocol No. 12).

Human rights bodies thus provide protections against discrimination on the basis of religion or social origin. The European Court of Human Rights (ECHR) has classified discrimination or hatred for particular groups by recognizing “anti-Semitism”[1] and “Islamophobia”[2] in its caselaw and documents.[3]

Double standards at the ECHR?

While this classification protects the Jewish people and the Islamic faith, there is however no such labeling for anti-Christian discrimination or hatred in the ECHR case-law. For example, the label “Christianophobia,” used by the Parliamentary Assembly of the Council of Europe (PACE),[4] has never been recognized by the Court while the Court has referenced the PACE’s use of Islamophobia in its caselaw.[5] Further, the “Guide on Article 17 of the European Convention”, published by the ECHR, lists anti-Semitism and Islamophobia as aims prohibited by Article 17 (abuse of rights), but fails to mention “Christianophobia” or simply discrimination against Christians.[6]

This recognition of “anti-Semitism” and “Islamophobia” but not of “Christianophobia” is not really surprising for those who know the case-law of the ECHR. Indeed, the Court has recently upheld the conviction of an Austrian lecturer for criticizing the marriage of the Prophet of Islam Muhammad with the six-year-old girl Aisha.[7] However, it protected a painting with Mother Teresa and a cardinal in sexual positions[8] and a blasphemous wild concert of the “Pussy Riots” in the choir of the Moscow Orthodox Cathedral.[9] A principle of double standards has been criticized by lawyers. The same principle applies with the labels “Islamophobia” (recognized) and “Christianophobia” (not recognized).

In contrast, the label “Christianophobia” is common in the language of other international and regional human rights bodies. Some references are below.

Organization of the American States (OAS):

Organization for Security and Co-operation in Europe (OSCE):

The OSCE specifically fights against hate crimes and intolerance against Christians. Numerous parties have addressed the OSCE regarding the importance of recognizing “Christianophobia” in order to effectively address this issue.[21] For instance, OSCE was addressed in 2008 regarding the importance of addressing intolerance against Christians, classified as “Christianophobia,” with the same effort spent on addressing discrimination against other religious groups.[22]

Should the ECHR recognize Christianophobia?

However, since this notion is used for some religions by the ECHR, it would legitimate to use it also for Christianity. The protection of Christianity should not be weaker than the one of other religions.

In light of the United Nation’s recognition of “Christianophobia,” the ECHR should consider recognizing acts of discrimination targeted at Christians as “Christianophobia” using a similar classification as the ECHR uses when addressing discrimination against Islam or acts of anti-Semitism. Indeed, intolerance against Christians is also a European issue: the PACE denounced in 2015 the “acts of hostility, violence and vandalism have been recorded in recent years against Christians and their places of worship” and the fact that “these acts are often overlooked by the national authorities.”[23]

The ECHR will soon have a new occasion for this recognition of “Christianophobia:’ it will consider in the next months a case of anti-Christian intolerance by a performer, Asociación de Abogados Cristianos v. Spain, in which the ECLJ has been authorized to intervene as amicus curia.

By Lauren Moustakas, Legal Intern for the European Center for Law and Justice & Student at Regent University School of Law (VA).

[6] See reference 3. The only possible mention of discrimination against Christians is under the broad classification of “Religious Hatred Towards Non-Muslims.”

[14] UN General Assembly, The fight against racism, racial discrimination, xenophobia and related intolerance and the comprehensive implementation of and follow-up to the Durban Declaration and Programme of Action – Note by the Secretary-General, A/60/283, 19 August 2005, §7.b.

[20] Organization of American States, Inter-American Convention Against All Forms of Discrimination and Intolerance, signed on 8 June 1999 and effective on 14 September 2001, Preamble.

[23] PACE, Tackling intolerance and discrimination in Europe with a special focus on Christians, Resolution 2036, 29 January 2015, §1.