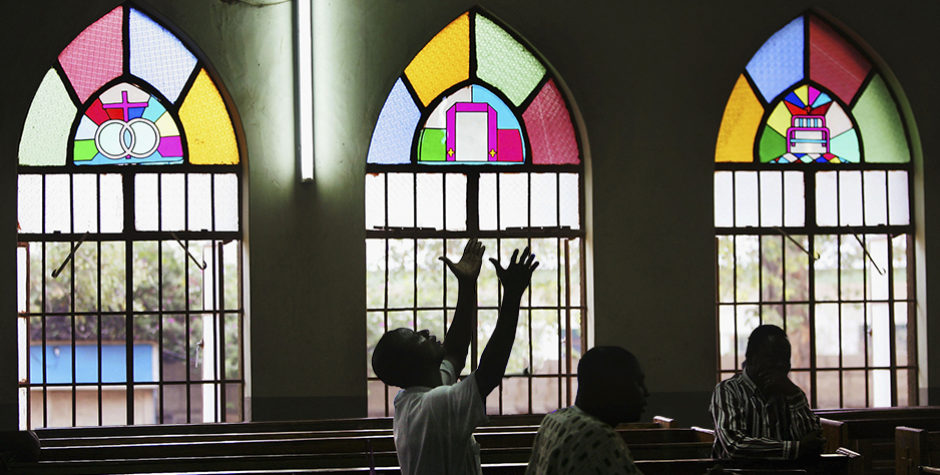 The death toll for innocent Christians is rapidly increasing, nearly doubling in two months, as Islamic radicals ramp up their bloody campaign of targeted violence, abduction, and murder, seemingly without fear of retribution.

Two month ago, we spoke at the UN  about a recent report released in March that claimed as many as 350 Christians had already been murdered throughout Nigeria in the first few months of 2020.

That number has already nearly doubled since. Indeed, a new report released states at least 620 defenseless Christians have been killed by Islamic terrorists. In fact, that may be a low estimate, according the report:

The group reports the killing of “no fewer than 620 defenseless Christians and wanton burning or destruction of their centers of worship and learning" in 2020.

According to the statement, Fulani radicals are responsible for killing over 470 people in the first four-and-a-half months of 2020. The group reports that Fulani killed 140 Christians from the beginning of April until May 14.

Meanwhile, Boko Haram is believed to have killed 150 Christians since January.

Some have been beaten, some shot, others even beheaded. In at least one horrific instance, innocent children, ages 4 – 13, were reportedly hacked to death with machetes. Christian houses and churches are ransacked and burned to the ground.

Another Pastor Lawan Andimi was abducted by members of Boko Haram – the jihadist army pledged to ISIS. Pastor Andimi relayed a humbling message in a hostage video, saying: “Don’t cry. Don’t worry. But thank God for everything.” Shortly after, the pastor was beheaded by the savage militants.

As to the abductions of young Christian girls, Boko Haram is still holding Christian teen Leah Sharibu hostage because she refuses to renounce her faith and convert to Islam.

Consider these sobering new numbers: 350 Christians killed in 3 months, then another 270 in the following 2 months. If this alarming rate of escalation continues, it points to a grim outcome this year. Some 1,500 innocent Christian men, women, and even children could be needlessly slaughtered this year just because of their faith of Jesus Christ.

And still, the government of Nigeria has taken little action to stop this deadly violence.

We took action to save these embattled Christians.  We filed written submissions to the United Nations Human Rights Council (HRC) urging global intervention to defend Nigeria’s Christians, provide essential aid, and bring the terrorists to justice, before it’s too late.

Already this year, we’ve delivered a critical written submission to the U.N. highlighting the gruesome murders of Pastor Andimi and two young girls.

These atrocities must be stopped now.

A few days ago, we have filed another written submission to the U.N. Human Rights Council in Geneva urging the international body to take immediate action to quash the violence against Nigeria’s Christians before it’s too late.

Clearly, horrific acts of aggression are violating the peaceful lives of Christians in Nigeria. In order to prevent further loss of life, to end increasingly religiously motivated violence, and to address this massive humanitarian crisis, we must act now. The U.N. Charter calls on the U.N. to remove threats to peace, and the Genocide Convention calls on the U.N. to prevent acts of genocide, not merely to respond to them. We have seen in Iraq and Syria – and are now seeing in Nigeria – what happens when the U.N. fails to take preventative measures when it is clear that mass atrocities are being carried out against a particular group of people.

It is imperative that the U.N. take swift action and work with the government of Nigeria to ensure that Leah and all others who remain captured are returned home safely and to put an end to the atrocities being carried out in Nigeria by Boko Haram and the Fulani herdsmen. No one should have to live under the fear of being abducted, enslaved, or killed.

In a separate submission, we also urged the world’s leaders to put maximum pressure on the Nigerian government to free Leah Sharibu and bring her captors to justice, and stop the spreading scourge of radical Islamic violence. If we do nothing, Africa's Christians face a grim future.

Please continue to support our work: