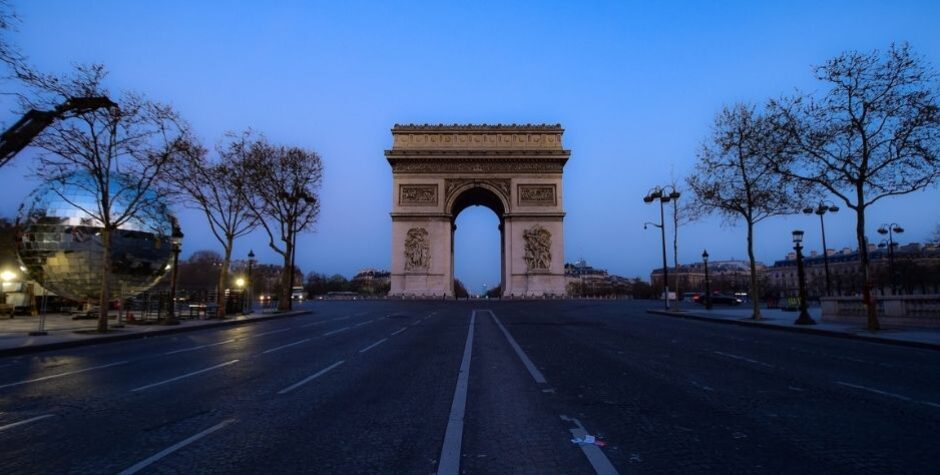 In France, health restrictions are such that prefectures have come to prohibit silent prayer in the street!

France is currently under a “state of health emergency”, and the Government imposes many serious measures on citizens that violate fundamental rights, some of which are truly crazy.

This state of health emergency, adopted to last until February 16, 2021, allows the Government to govern by decree. In simple terms: The Government is able to pass laws without the Parliament.

The reactivity necessary to fight an epidemic justifies the health emergency and the exceptional power given to the Government for a time. However, the latter uses it to take measures that are questionable, infantilizing, and sometimes even absolutely scandalous. This is the case, in particular, with the infringement of freedom of movement, with the obligation to declare and justify each displacement, or the infringement of the right to work.

After having banned public worship from March 17 to May 29, 2020, the Government banned it again from November the 1st to the 28th. It was the Christian faithful who, last May, were the first to ask the Council of State (Conseil d’État) to invalidate this ban. On May 18, 2020, the Council of State agreed, stating that the ban was “a serious and manifestly illegal attack” on freedom of worship. However, in a second appeal following the second suspension of worship, the Council of State confirmed the ban by a decision of November 7, 2020.

In reaction to this injustice, and taking advantage of the authorization to demonstrate despite the state of emergency, many Christians in all major cities of France said: “Let us pray on the forecourt of our churches.”

This was not to the liking of the Government. The Minister of the Interior (equivalent to Homeland Security) immediately threatened the demonstrators to repress them should they pray in front of their churches: “I do not want to send the police to arrest believers in front of a church, of course. But if it is a repeated act clearly contrary to the laws of the Republic, I will do it, starting this weekend.”

Since the Government could not prohibit these demonstrations, it sought to ban prayers. Some Catholics wished to celebrate open-air masses. This was refused, banned, and considered unacceptable. Others simply wanted to gather to pray on public space, in front of a church. The Prefects ordered them not to pray, not even in silence! And especially not to kneel down. At Saint Sulpice, the largest church in Paris, the Prefect banned a demonstration on Sunday, November 15, for fear that the demonstrators would come to pray!

Obviously, some Christians challenged the police headquarters’ decisions banning demonstrations during which they intended to pray. They won their cases before the administrative courts which recalled the law: the Government does not have the right to control the content of what is said in a demonstration.

In Strasbourg, the ECLJ supported and participated in demonstrations for freedom of worship and can testify that police forces attempted to intimidate the organizers. The police ordered the organizers, both orally and in writing, not to pray, not even in silence, and not to commit any conspicuous sign of prayer. However, the demonstrators bravely defied the ban, prayed in the public square, and were not punished.

In Paris, the Prefect had conditioned the authorization to demonstrate on November 22nd to the respect of sanitary rules and to the absence of any prayer. The Paris Administrative Court quickly annulled this second condition because it was clearly illegal.

Also in Clermont Ferrand, the Administrative Court reminded the Prefect, who wanted to prohibit a religious demonstration, that no authority could forbid prayer in a demonstration. In reaction, the Prefecture then banned the praying demonstration on the grounds of non-compliance with health rules.

When comparing such a treatment with other demonstrations, especially that of June 3, 2020 against police violence, the double standard is choking. Although illegal, the Minister of the Interior promised not to punish the demonstrators, stating that their emotion “goes beyond the legal rules that apply.”

On November 24, President Emmanuel Macron announced the resumption of public worship from Saturday 28 November, with a limit of 30 people per service, regardless of the size of the religious building.

Several French prelates reacted strongly to this contemptuous and absurd limit, given the size of most churches in France. A new appeal to the Council of State had to be lodged to obtain from the Government more acceptable and consistent health regulations. The Council of State agreed with the applicants and demanded that the Government review this limit, which infringed freedom of religion. The Government, which at the time was highly discredited, waited until the last hour of the deadline set by the supreme administrative court before finally demanding greater social distancing: one row occupied out of two and one seat occupied out of three. This protocol was, in fact, already practiced in most places of worship, which only makes the whole battle for freedom of worship sadder.

The French Government is now preparing a worrying piece of legislation to “strengthen the respect of the Republic’s Principles” in order to combat, so it claims, radical Islam. Its contempt for believers and religious freedom is now illustrated by its wiliness to abolish home-schooling based on religious beliefs. The ECLJ is more than ever committed to defeat such a legislation.