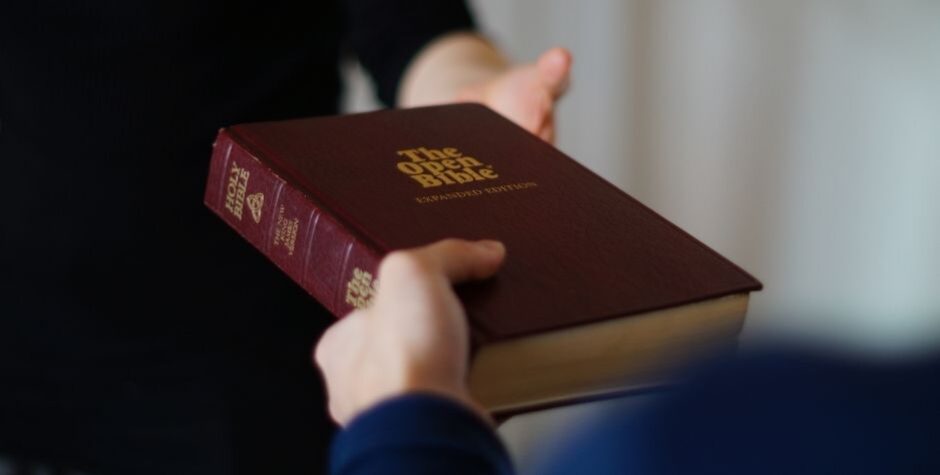 The Offence of Proselytising in Greece

"Go therefore and make disciples of all the nations, baptizing them in the name of the Father and of the Son and of the Holy Spirit, teaching them to observe all things that I have commanded you."[1] Putting into practice this commandment of Jesus Christ is illegal in Muslim and communist states, but also currently in Greece. According to the current Greek Constitution, which came into force in 1975: "Proselytism is forbidden" (art. 13 § 2). A law adopted in 1938, during the nationalist regime of Metaxas, sets out the criminal penalties for proselytising.[2] A person attempting to "amend the content" of the religious conscience of another, even "indirectly", is liable to imprisonment.

The criminalisation of "proselytising" is very vague and leaves a lot of room for interpretation. Can a person who evangelises one of his friends through religious discussions be prosecuted for proselytising? And can he be convicted of this offence if the said friend testifies before the court that he is completely free to embrace the Christian faith? The answer is yes: it is what happened to Mr Damavolitis. This Cretan farmer, who is married and has six children, told a friend, Mr Vamvoukas, about his faith. The latter asked for baptism in a Pentecostal church, which is not Mr. Damavolitis'. Mr. Vamvoukas never filed a complaint; no matter how, his conversion was a criminal act and the prosecutor therefore took it upon himself to prosecute Mr. Damavolitis.

The unjust conviction of a Christian missionary

Mr Damavolitis was sentenced to four months imprisonment and a fine (in 2009). This judgment was upheld on appeal (in 2011), then in cassation (in 2013), and Mr Damavolitis finally filed an application (in 2014) at the European Court of Human Rights (ECHR). This Protestant Christian alleges a violation of his right to freedom of religion, recognised in Article 9 of the European Convention on Human Rights. The ECLJ, authorised by the Court to intervene in this pending case, filed written observations on 15 February 2020. They determine that penalising proselytising violates Articles 9 and 10 of the European Convention.

The Damavolitis v. Greece application is not the first that the Court has accepted to rule regarding the Greek ban on proselytising. Indeed, the subject is of particular importance in the European case-law. It was the subject of its first judgment in the field of freedom of religion in 1993, thirty-four years after the ECHR was established.[3] A Jehovah's Witness, Mr Kokkinakis, considered that the prohibition of proselytising violated his rights. The nine judges sitting in the Chamber at the time were very divided on the issue. The judgment was a position of compromise between them: the Court recognised the violation of Mr Kokkinakis' freedom of religion, but did not condemn Greek law.

The Kokkinakis v. Greece judgment had been criticised as insufficiently protective of freedoms. Admittedly, the Committee of Ministers of the Council of Europe considered that the Greek courts had adapted their case-law in the following decade in order to avoid unjust and excessive sentences.[4] However, as Judge Pettiti noted in 1993, the Kokkinakis case law "leaves too much room for a repressive interpretation by the Greek courts in the future".[5] The conviction of Mr Damavolitis bears witness to the clear-sightedness of this warning. Asking Greece to change its interpretation of the law was not enough to protect freedoms.

The prohibition and criminalisation of proselytising in Greece violates several freedoms recognised in Articles 9 and 10 of the European Convention. Indeed, the apostolate is protected both by the freedom to "communicate information or ideas" (art. 10) and by the freedom to "manifest one's religion or belief (...) in public or in private", in particular by "teaching" (art. 9). The ECHR considers that the State has no "power (…) to assess the legitimacy of religious beliefs or the ways in which those beliefs are expressed."[6] It has explicitly recognised, in religious matters, "the right to try to convince one's neighbour".[7] Greek law sanctions the exercise of this right and dissuades people from exercising it (chilling effect).[8]

Moreover, legal protection of proselytising is indispensable for the exercise by each person of one's "freedom to receive (...) information or ideas" (art. 10) as well as "freedom of opinion" (art. 10) and "freedom to change religion or belief" (art. 9). The latter, in the European Convention, are absolute and unconditional rights, as they affect the very conscience of individuals. The need for proselytising to enable people to freely exercise their freedom to change their religion is attested to by numerous testimonies, for example those in the ECLJ report "From Islam to Christ: the persecution of converts in France".[9]

The Greek law of 1938 thus violates the rights of both the proselytizer and the object of proselytising. Hence had Abdelfattah Amor, the former United Nations Special Rapporteur on Religious Intolerance, "strongly recommended" that Greece abolish the offence of proselytising.[10] The Damavolitis v. Greece case is an opportunity for the Court to adopt the same position and to recognise this violation of the European Convention. It is particularly clear in this case that the law not only suppresses the freedoms of believers, but also penalises the religious conversion of individuals. It was its explicit aim in 1938; it is now its effect on Mr Damavolitis and Mr Vamvoukas.

Other incriminations to repress certain abuses

Greece will have to justify, before the ECHR, the existence in its domestic law of an offence of proselytising. In 1938, Metaxas' objective was to promote the "dominant religion", i.e., Greek Orthodox Christianity, and to fight in particular against Protestant movements. In the Kokkinakis case in 1993, Greece had claimed to protect "the beliefs of others from activities which undermined their dignity and personality".[11] It is likely that this justification, based on the rights of persons who are the object of proselytising practices, will be taken up by Greece in the present Damavolitis case.

It is to be hoped that the Court will not be convinced by Greece's arguments. Admittedly, the Greek law of 1938 cites certain questionable methods of influence. There is obviously no question here of justifying certain serious abuses, such as mental manipulation, home invasion or theft of personal data. But these very diverse practices are mostly used for non-religious reasons. They are therefore the subject of ordinary criminal law provisions, which apply to everyone. For this reason, according to Judge Martens, "Even in such a case of "coercion for religious purposes (…) There is (…) no justification for making coercion in religious matters a criminal offence per se." [12]

Greece will have to explain to the ECHR why its offence of "proselytising" goes far beyond the mere repression of abuse, to the point of repressing private friendly discussions. The media coverage of Mr. Damavolitis, especially locally, has even caused him to suffer a real social ostracism. He says he can no longer go to the cafés in his village and has changed school for his children for this reason. These hidden persecutions because of justice are announced in the Bible and are not in vain. They are the ones that today allow Mr. Vamvoukas to testify in this way: "I was baptised in water. I asked for it (...). I read the Gospel. I believed and I still believe."[13]

[8] On this subject, see the partially dissenting opinion of Judge Repik in Larissis and Others v. Greece (No. 140/1996/759/958-960, 24 February 1998): "a believer who tries to spread his religious beliefs can never be certain whether his conduct is illegal or not. The law is not sufficiently precise and its effects are therefore not sufficiently foreseeable; it cannot guarantee legal certainty or equality of treatment, nor can it afford protection against arbitrary measures by the authorities responsible for applying it."

[9] One of them explains: "I converted thanks to a classmate; we were discussing 'religion'". Another tells us: " I converted because someone, a Protestant, dared to offer me the Gospels in the street and that was the revelation because everyone had spoken evil to about Christianity in the media in my Muslim entourage."