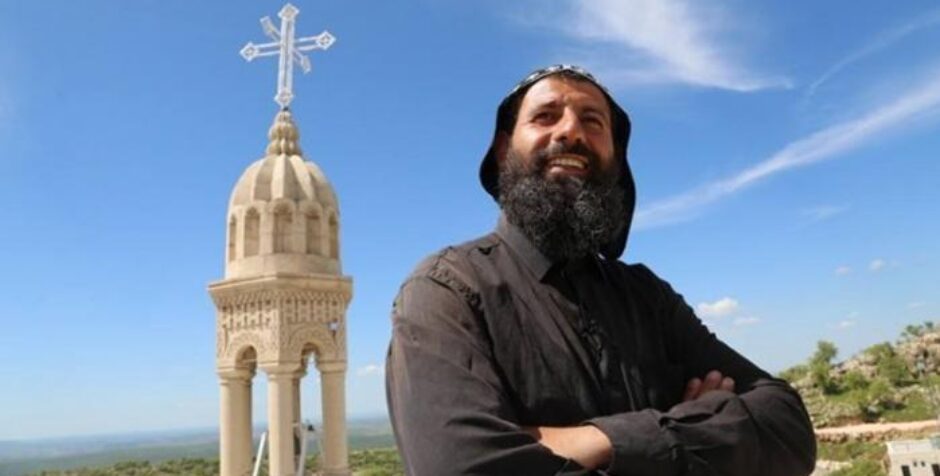 On 7th April 2021, a Turkish court condemned to a 25-month prison sentence an Assyrian priest, Sefer (Aho) Bileçen from the Mor Yakup Church, in southeastern Turkey on charges of aiding the outlawed Kurdistan Workers’ Party (PKK) which is considered a terrorist group.

The priest was arrested on 9th January 2020 but released four days later under pressure from public opinion. According to the indictment, the priest is guilty of “belonging to a terrorist organisation”, i.e. the PKK. The priest was taken into custody based on the secret testimony of a PKK defector who reported him to the Turkish authorities. The indictment included accusations based on the testimony and a 2018 report claiming that Bileçen’s monastery was visited by alleged members of terrorist groups.

During his four days under arrest in January 2020, Bileçen had been questioned regarding these allegations. While he has not denied claims that he offered food to the militants, he insisted that he only did it as a requirement of his faith, not by any motivation to aid the group. The indictment, on the other hand, pointed out that the priest did not report the militants to the authorities, claiming that his statement makes it clear he was aware of the visitors' identity.

As a result of the objection made on 14th January 2020, Bileçen was released on condition of judicial control, but an indictment was prepared against him on charges of "aiding and abetting a terrorist organization". In his testimony the Syriac monk does not deny having given food and water but claims that he did not know that the people were members of the PKK organization. In the indictment, Bileçen was accused of hiding PKK members in the monastery and giving them food supplies. After his arrest and after a meeting with members of the Urfa Bar Association and Human Rights Commission, monk Bileçen shared the following message through his lawyers:

“In 2018, two organization members came to the monastery. They asked me for food which I gave them. This incident was later determined and the Commander of the Metropolitan Gendarme at the time met with me. I did not deny the incident. I asked for security measures to prevent the incident from happening again, but no security measures were taken.”

“I thought the matter was closed after my testimony was recorded. I will give food and water to anyone who comes to my door. I have to give it out of my religious and philosophical beliefs. I cannot lie because I am a monk-priest. I gave food not to help any organization, but out of my beliefs. From a religious and philosophical perspective, I cannot report it. I can’t leave the monastery anyway.”

The third hearing was held in front of a limited number of people due to the new coronavirus pandemic and was barred to reporters and the press by order of the authorities.

While priest Bileçen did not attend the fifth hearing, held on 7th April, his lawyer was present. The court, which announced its decision after the defense of the lawyer, sentenced Bileçen to two years and one month of jail in total. The appel against this court decision will be filed. A relative of Bileçen told Independent Turkish that the priest decided not to speak for a while in order not to affect the proceedings. It was learned that priest Bileçen was uncomfortable with the news such as "I did it because of my belief" on some news websites.

One must bear in mind that in the recent years there was another conflict between the Syriac Orthodox Church and the Turkish government, with the Mor Gabriel Monastery, which is near to the Mor Yakup Monastery. The Mor Gabriel Monastery had a dispute over its land properties with the Turkish government, that was even trialed before the ECHR. The controversial transfer of ownership had begun back in 2008, when regional authorities incorporated Mardin into a metropolitan municipality, updating the land registry and in the process redrawing boundaries of the historic Mor Gabriel Monastery. The pressure of the Turkish government seemed to be a retaliation against the Syriac diaspora for lobbying for international recognition of the killings of tens of thousands of Syriacs during World War I as genocide. By 2018 the Turkish government returned nearly half of the disputed territory to the Syriac community of Turkey. When the Syriac community openly opposed the wide-scale expropriation, the Mardin governorate backtracked in July 2017, establishing a commission to resolve the dispute, and stating that a legal amendment would be necessary for an “exact solution” to the controversy. The Mor Gabriel Foundation which supported the Syriac community during the property disputes, supports Bileçen as well.

Movements in favour of Bileçen

On 8th March 2021, the European Syriac Union (ESU) released a statement according to which "this decision concerning monk Bileçen is a blow to Democratic principles and human rights and protection of minorities and vulnerable groups.” Within the statement the ESU asks the Christian world to support the monk and calls on Turkish authorities to drop all charges against the Monk.

The Syria-based Assyrian Democratic Organization (ADO) condemned the sentencing of monk Sefer Bileçen and said in a press statement that it sees the monk’s sentencing by a Turkish court as a continuation of the politics of oppression of the Syriac people in Turkey and especially of the remaining Syriacs of the Mardin Province. The ADO called on the Turkish government and the Kurdistan Workers’ Party (PKK) to stop practices that make peaceful civilians the victims of the ongoing armed conflict between them.

Syriac Orthodox Archbishop of the Gozarto (Jazira) and Euphrates Maurice Amsih also condemned the trial and jail sentence of the monk of his church. In a statement to satellite channel Suroyo TV, Archbishop Amsih said that this was an unfair trial against a man who has dedicated his life to God and peace, in service of humanity. The Archbishop asked the President of the Turkish Republic and the Turkish court to release monk Bileçen and let him return to his monastery in service of his people and church.

The Iraqi-based Syriac political party Bnay Bethnahrain calls on the Turkish authorities to immediately annul the verdict of the court in Mardin in the case against Syriac Orthodox monk Bileçen.

A Stockholm based aid organization (A Demand for Action) founder and journalist Nuri Kino published a probing and personal article on monk Bileçen’s sentence for “giving bread and water to people who visited his monastery” where he warns that "before the 1915 genocide, the area was inhabited mainly by Christians in the area of Turabdin (Mountain of God’s Servant). It was one of the most monastic and church-dense areas in the world. I was born there, in the city of Midyat. We are descendants of the few survivors who refused to leave. But oppression and persecution as well as our parents’ dreams that one day we would have the opportunity to educate ourselves and perhaps even become equal citizens with the majority population in some country somewhere drove us to flee. Today, a remnant of 3,000 Assyrians / Syriacs live there, in Southeastern Turkey, in Mesopotamia, which has been their homeland for thousands of years.”

The Germany-based left-wing People’s Council of Syriacs in Europe (Süryani Halk Meclisleri) organized a protest in March in Augsburg for justice for and in solidarity with monk Bileçen. On its Facebook page, the People’s Council of Syriacs in Europe expresses its full solidarity with monk Bileçen and calls on Turkey to reverse all charges and sentencing.

According to Kemal Yalçin of ArtiGerçek portal, this punishment was prepared to annoy, intimidate, and make the Syrians leave their homeland. He mentioned that:

“in the Ottoman Empire before 1914, some 250,000 Syriacs lived in the Turabdin region alone. With massacres, attacks, planned arrangements and murders, around 2500 Syriacs remained today. The majority of the 15,000 Syrian living in Turkey including Istanbul. What happened to the people? Where did these people go? Why did these people leave their homeland? We can find the answers to these questions by looking at what happened to priest Sefer Bileçen. (...)

In 2013, Mor Yakup Monastery became an exemplary church that can be worshiped. Syriacs from abroad and from within, conscientious people came to see this exemplary work, the restored Mor Yakup Monastery. Some people and administrators in the vicinity were disturbed by these developments. 10 people were detained in house raids on 9 January 2020 with various arrangements. 10 people who were taken into custody were arrested and sent to prison a day later. Among those arrested was also priest Bileçen.”