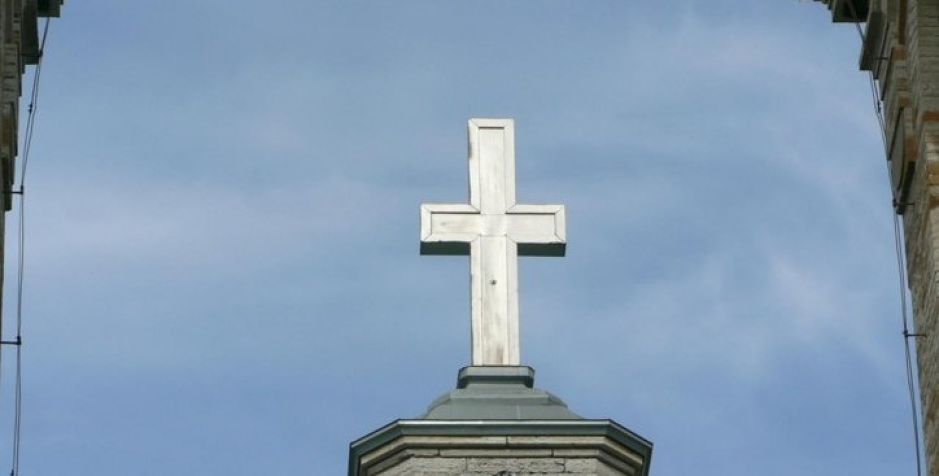 A significant victory for the freedom of the Church

Strasbourg, 15 May 2012 – Yesterday, the European Court of Human Rights published a judgment in the important case of Fernandez-Martínez c. Espagne (application no 56030/07), in which it concluded by six votes to one that “the choice of the bishop not to renew the contract of a teacher who is a married priest and activist of the Pro-Optional Celibacy Movement comes under the principle of religious freedom, as protected by the Convention.”

The ECLJ intervened in this case as an intervening party (amicus curiae) and served as the legal representative of the Spanish Bishops’ Conference, which also intervened in the case. Grégor Puppinck, Director of the ECLJ, applauds this significant victory for the freedom of the Church. He rejoices that the Court strongly and clearly stated the principle of the freedom and autonomy of the Church. This judgment reflects the arguments the ECLJ made in its written observations of 20 October 2011.

The case concerned the refusal to renew the contract of a Catholic religion and morals teacher, who was a “married priest” and father of five children, after a published article made exposed his involvement in the “Pro-Optional Celibacy Movement.” In Spain, religion teachers in State schools are contractual employees of the State, but only after appointment and approval of the local Bishop. The Bishop may withdraw or refuse to renew the appointment or approval, which in turn binds the employer-State school.

This case questioned the freedom of the Church to withdraw its agreement from a Catholic religion teacher for religious reasons, while the material causes of the withdrawal (marriage and positions taken in the press) enjoy human rights protection, especially the right to respect for private and family life and the right to freedom of expression. As the Court says, the main question raised by this case was to “know whether the State was bound by its positive obligations under Article 8 to give priority to the applicant’s right to respect for private life upon the right of the Catholic Church to refuse to renew his contract” (§ 79).

This question is of crucial importance because it concerns a conflict of values between Catholicism and part of contemporary Western culture, as well as the organisation of relations between two societies, Church and State. Basically, the applicant wanted the European Court and “human rights” to arbitrate this conflict. With prudence and self-restraint, the Court recognised the incompetence of human rights to rule on the cogency of a strictly religious decision.

For the first time, following the reasoning of the ECLJ, the Court set the rule that “the requirements of the principles of religious freedom and neutrality prevent it from going further in the assessment of the necessity and proportionality of the decision not to renew” the contract because the circumstances that motivated this refusal to renew were of “a strictly religious nature.” The role of the Court must then “be limited to verifying that the fundamental principles of the domestic legal order or the dignity of the applicant have not been infringed”(§ 84).

Thus once it is established that the applicant did have access to a domestic court, the role of the European Court must be limited to verifying:

If these two conditions are met, then the Court is incompetent to rule on the necessity and the proportionality of the decision of the Church. The European Court’s practice of self-restraint should also apply to domestic courts because it stems directly from Articles 9 and 11 of the Convention (freedoms of religion and association). Thus, it results from this judgment that national judges cannot rule on such a decision of the Church without violating the principles of religious freedom and neutrality. Conversely, if the domestic courts conclude that “motives other than those of a strictly religious nature intervened in the decision” or if this decision questions the fundamental principles of the legal order or the dignity of the applicant, then they are competent to judge the disputed decision.

In the present case, the Court considered that the decision was of a strictly religious nature, although the applicant was employed by the State.

Moreover, the Court also underlined the “special confidence link” (§ 85) which must unite a Catholic religion teacher with the Catholic Church and judged that “the applicant was submitted to an increased obligation of loyalty” because of the special nature of his position and his personal situation (§§ 85 and 86). The Court concluded that, considering the breach of the applicant’s duty of loyalty, the religious authorities, in refusing to renew the agreement, “simply fulfilled their obligations in accordance with the principle of religious autonomy” (§ 85 in fine), because “when the confidence link is broken, as is the case here, the bishop must refrain to propose the applicant for the position in accordance with the code of canon law” (§ 85). Without judging the content of the Bishop’s decision, the Court observed that it resulted from the internal law of the Church. Thus, the duty of loyalty justifies the Bishop’s decision and is a second motive leading to a conclusion of non-violation of the applicant’s rights.

This very clear judgment synthesises and clarifies the recent case-law of the Court in this area.[1] It contradicts the contested judgement in the recent case of Sindicatul Pastorul cel bun v. Roumanie in which the third Section recognised the right of priests to create unions against the will – and law – of their Church. It can be supposed and hoped for the coherence of the Court’s case-law, that it will be referred to the Grand Chamber, as requested by the Romanian Government.

Beyond the case itself, the Fernandez-Martinez judgment also questions the conformity with the Convention of several recent judgments of Spanish courts in favour of religion teachers whose way of life does not concur with the religion they teach and should testify through their lives.

More generally, and as a conclusion, one may rejoice that the Court clearly recognised its incompetence to rule on the cogency of a religious decision and chose instead to protect the freedom of the Church and fundamental rights. Human rights are more and more presented as arbiters in the conflicts between religion and culture. Many expect human rights to condemn the position of Christian Churches on issues such as respect for life and family, respect for conscience and moral law, marriage of priests, homosexuality, abortion, divorce etc.

This arbitration capacity is in fact very limited because human rights constitute a system of values that tends to identify and evolve with the dominant contemporary culture, so it seems imaginary and impossible for human rights to remain outside conflicts between culture and religion. This questions the capacity of human rights to exercise an arbitrary function beyond the cases where invariable and uncontested rights regarding the protection of life, dignity, and integrity of the person are at issue. One must therefore rejoice that the human rights system finds its own voluntary restraint in itself, in the respect for religious freedom, when confronted with the system of values of the Catholic religion.

This judgment constitutes an important step for the recognition of and respect for the freedom of the Church in Europe, within and facing the civil society. The ECLJ is happy to have contributed to this step, along with the Spanish Bishops’ Conference.