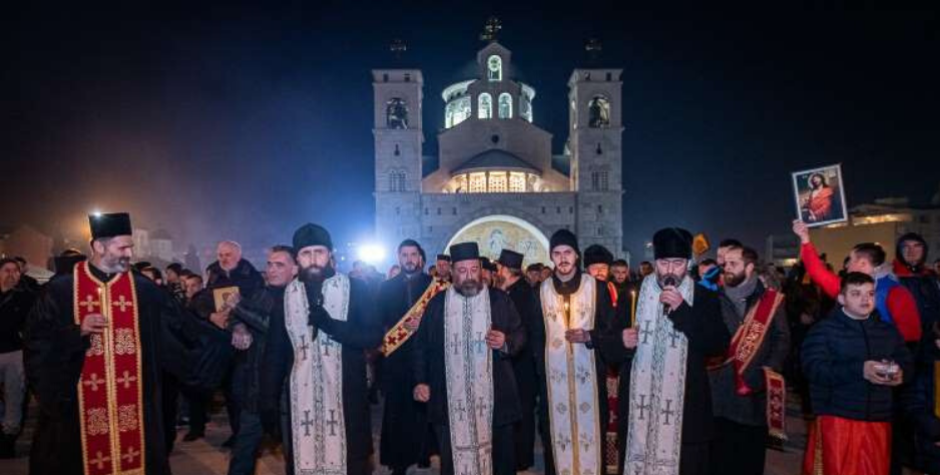 The situation in Montenegro is getting worse: after the Đukanović regime imposed a law aimed at nationalising the Orthodox Church and hindering religious education, it now intensifies the repression against those who denounce this law.

This morning January 31, 2020, the police in Montenegro violently arrested Mr. Milan Knežević’s mother, as well as another member of his family. Mr. Knežević is a Member of the Parliamentary Assembly of the Council of Europe (PACE) and of the opposition to the ruling party in the Parliament of Montenegro.

Those arrests are seemingly a governmental retaliation following the conference MP Milan Knežević organised yesterday with the European Centre for Law and Justice (ECLJ) at the Council of Europe (Strasbourg) denouncing the law adopted on December 27, 2019 against the Serbian Orthodox Church in Montenegro.

This law aims at weakening the Serbian Orthodox Church (the local majority church), seizing its proprieties, reducing the transmission of the faith, and promoting a “fake national church” instead of the Orthodox Church. It also hurts the other denominations. For example, it forbids religious elementary schools and the parental religious education of children over 11 without their consent. This law is provoking massive demonstrations and the contestation of many church leaders across Europe and the world.  (See here a precise overview of the law).

The organisers of the conference were subjected to pressures aimed at cancelling it. Mr Milan Knežević, although he is a PACE member, was not allowed to come to Strasbourg as his passport has been withdrawn by the authorities.

However, the conference did take place with Mr. Slaven Radunović, an MP from Montenegro, Mr. Miroje Jovanović, attorney of Mr Knežević, and Dr. Grégor Puppinck, Director of the ECLJ. A large number of PACE members and diplomats were present and shocked by the situation.

See here the videos of the conference.

30 PACE members have urged the authorities and the Constitutional Court of Montenegro to repeal the law and to restore a peaceful dialogue with religious communities.

Since the adoption of the law, tens of thousands of persons have been demonstrating twice a week against this law. The leaders of the main Christian Churches have expressed their concern and support to the Serbian Orthodox Church.

Montenegro is a Member State of the Council of Europe and is negotiating its accession to the European Union. This situation is unacceptable in Europe.

Please join us in supporting Orthodox Christians by signing our petition.

The ECLJ also acts in all other possible ways.

Montenegro: Protect the Orthodox Church against Neo Communist Attacks
Read the full text of the petition