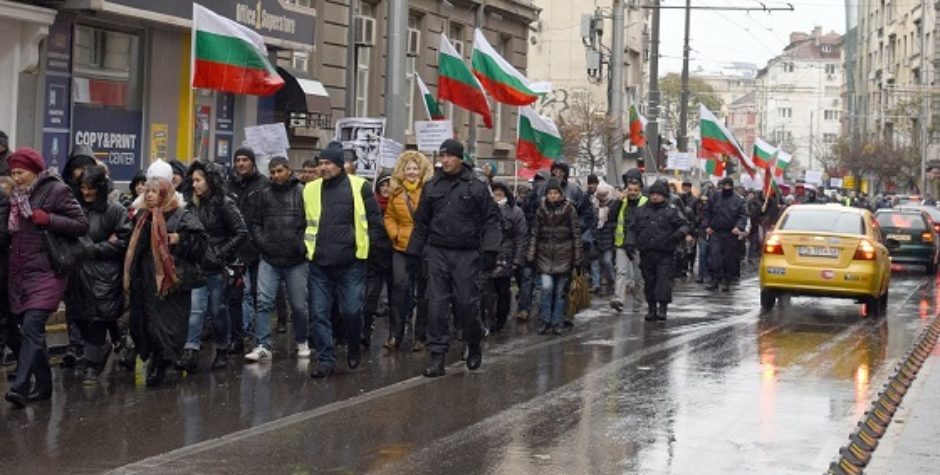 Bulgaria: “a sad reminder of a bygone communist past”

Bulgaria: A Sad Reminder of Communism

Update (21 December 2018): The main provisions violating freedom of religion were ultimately removed from the law voted on by the National Assembly of Bulgaria on December 21st, 2018. The international mobilization led politicians from the whole spectrum to vote a completely different draft two months apart. The ECLJ rejoices in this great victory.

Three Bulgarian political parties[1] sponsored a parliamentarian bill amending the Religion Denominations Act of the country. The bill, passed on first reading in October, aims at “preventing interference of foreign countries, institutions and persons into religions and religious affairs.”[2] If its official target is the agents of radical Islam, the bill violates the freedom of religion of Christians, especially of Catholics and Protestants. It would also give a power to the State onto the internal life of religious communities.

According to Mgr. Christo Proykov, the President of the Bulgarian Catholic Bishops’ Conference, “the legislative proposal is a sad reminder of a bygone communist past, which we believed would no longer return.”[3] The protest of Bulgarian believers, the international mobilization and the action of the ECLJ led the parliamentarians to consider modifying the bill before the second reading.

Restrictions on foreign funding of all religions

In its current draft, the bill imposes heavy restrictions on foreigners to perform religious duties in the country and on donations from outside Bulgaria.[4] These restrictions would jeopardize part of the educational activities, cultural events, volunteer initiatives and medical centers of the non-Orthodox Christian communities. Indeed, financial support from all over Europe and the United States is essential for the daily life of Churches, since it has been their only solution to recover from more than forty years of communism.[5]

Under the pretext of “non-discrimination,” the restrictions considered by the bill are general. However, as explained by Atanas Slavov, Professor of Law at the University of Sofia, “if the intent is to curb donations by radical Islamic foundations to Muslims in Bulgaria, placing all confessions under the same common denominator is an act of discrimination.”[6] In fact, all foreign donations to religious groups are not on the same level and do not raise the same issues. It would rather be essential to distinguish between different kinds of foreign funding, depending on their political implications. A report currently discussed at the Parliamentary Assembly of the Council of Europe targets the foreign funding of Islam in Europe, as a threat for security (terrorist activity and radicalization), a “means of exerting [political] influence” with some “espionage activities” and a danger for “cohesion and living together.”[7] Indeed, whereas Christianity is financed by organizations from democratic countries, the funding of Islam in Europe partially comes from the Gulf States – Saudi Arabia, Qatar, the United Arab Emirates and Kuwait – Iran and Turkey.[8]

That is why the Bulgarian bill should be amended before its second reading, in order to specifically target the funding of radical Islam. As an illustration, parliamentarians could limit or forbid solely the financial support coming from States which officially subject human rights to sharia law[9]. Such a choice would be compatible with European law, which leaves a large margin of appreciation to the States, insofar as “there is no common European standard governing the financing of churches or religions, such questions being closely related to the history and traditions of each country.”[10]

Violation of the rights of religious minorities

The bill under discussion violates some other rights and freedoms of believers who have nothing to do with radical Islam. The most serious issue is that the right to open religious schools and to train denominational ministers would be limited only to communities gathering more than 1% of the population. The bill also provides for State subsidies only to confessions representing over 1% of the population with a contribution of approximately €5 per individual believer[11].

This provision would benefit the Orthodox (60%) and Muslim (8%) faiths; on the contrary, it would discriminate against the Catholic Church (0,7%), the Protestant denominations (0,9% all together) and the Jewish community (700 members only).[12] Even though his Church would be the least affected by the bill, the speaker of the Orthodox Holy Synod, Father Nikolay Georgiev, reminded the Parliament that “we cannot strip a confession of its rights just because it represents a minority.”[13] Whereas the bill is supposed to fight radical Islam, it would paradoxically give more rights to this religion than to Catholics, Protestants and Jews.

These amendments of the Bulgarian Religion Denominations Act would violate European law. Indeed, “the State has a duty to remain neutral and impartial in exercising its regulatory power in the sphere of religious freedom and in its relations with different religions, denominations and beliefs.”[14] In a similar case, the European Court of Human Rights (ECHR) considered that limiting public subsidies to main religions is a “discrimination [imposing] a burden on believers of smaller religious communities without any objective and justifiable reason.”[15]

An exclusion of small religious communities

Moreover, the Bulgarian bill requires the membership of 3,000 people to obtain the status of judicial entity for religious groups, as well as a formal authorization of a State institution. Such a rule would have practical consequences on non-registered denominations, which would be deprived of their right to own property and even of the right to rent a place for religious activities. As an illustration, the Jewish community, gathering 700 members in Bulgaria, could lose its legal recognition and the rights related to this status.[16]

This provision contradicts European law on freedom of religion. Indeed, the ECHR takes into account “the risk that the adherents of a religion may feel merely tolerated – but not welcome – if the State refuses to recognize and support their religious organization whilst affording that benefit to other denominations.”[17] According to the Court, “such a situation of perceived inferiority goes to the freedom to manifest one’s religion.”[18]

It should also be noted that the bill would impose new restrictions over buildings and facilities that could be used for religious purposes.

The human rights obligations of Bulgaria

For all these reasons, the Director General of the European Centre for Law and Justice (ECLJ) Dr. Grégor Puppinck wrote and addressed a letter of concern to the President of Bulgaria, the head of the government and the heads of parliamentarian groups. This letter was signed by other members of the Organization for Security and Co-operation in Europe (OSCE) Panel of experts on Freedom of Religion or Belief. According to these experts, “the restrictions imposed to religious activities in this text, in particular the discrimination between communities, the procedural and physical limitations and the administrative regulations that the bill would create are problematic in regard to the conventional agreements Bulgaria has ratified.”

Simultaneously, other Christians oppose the bill.[19] Representatives of various faith groups met and lobbied Parliamentarians. Big demonstrations have been organized every Sunday for the last three weeks in many Bulgarian cities. The bill also sparked a growing international attention, thanks to the reactions of the World Evangelical Alliance, the World Baptist Alliance, and even of the United States Commission on International Religious Freedom (USCIRF).

A Parliament affected by the Christians’ mobilization

The involvement of these organizations in the debate seems to have positively modified the bill. Indeed, it has been tabled for further review before a second reading. According to our information, Parliamentarians want to eliminate some of the proposed restrictions on religious schools and training, on foreign donations to religious groups and on foreigners conducting religious services.

In any event, the ECLJ follows closely the discussions before the second reading of the bill, for which no date has been set yet, and defends the principle of “autonomy of religious groups.” We indeed strongly believe that European States must respect the religious sphere and that they can find many ways to fight radical Islam without violating peaceful denominations’ religious freedom.

[1] “Citizens for European Development of Bulgaria” (GERB), Bulgarian Socialist Party (BSP) and the ethnic Turkish Movement for Rights and Freedoms (DPS) got together 68,8% of the votes at the 2017 parliamentary election and 83,8% of the seats in the Parliament.

[5] Pastor Rumen Bordjiev, President of the Bulgarian Evangelical Alliance: “This question is connected with the past. Most of the Protestant Churches are connected and have partnerships with Evangelicals all over Europe and the USA. During the early years of changes, after the Communist regime fell, the country of Bulgaria was in an awful situation: no Bibles or Christian literature, empty shops and poor people, orphanages in terrible conditions. When the Berlin Wall fell, the links with Western Christians were founded and our brothers and sisters were so helpful in supplying our needs in all those areas. These days some of the big churches in Bulgaria can fully supply all their needs. There are small churches, though, which still need support, especially the Roma (Gypsy) churches. There are established connections with Western Churches which help Bulgarian orphans or Roma people. So, if the new Law is accepted, this would mean that lots of Christian Foundations established by foreign Missions would be closed.” Interview in Joel Forster, “Bulgarian evangelicals: “Testimonies of faith of brothers and sisters who suffered before us are still strong in our memories,”” Evangelical Focus, November 15th, 2018.

[9] Fifty-seven States adopted in Cairo on August 5th, 1990, a Declaration on Human Rights in Islam. The rights and freedoms declared are “subject to the Islamic Shari’ah” (Art. 24), which is “the only source of reference for the explanation or clarification to any of the articles of this Declaration” (Art. 25).