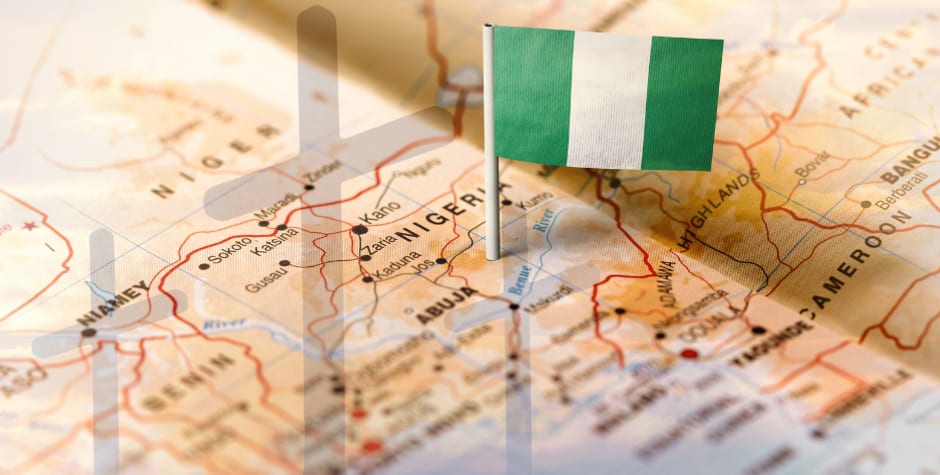 Nigeria is experiencing an upsurge in ethnic and religious attacks, particularly in the north of the country. The attack on a church on Whit Sunday, which left more than 50 people dead, is one of many examples of this increased violence. Article published in the magazine Conflits on 16 June 2022.

In Owo, southern Nigeria, on 5 June 2022, in the middle of Whit Sunday mass, an attack on a church left at least 50 people dead. On 13 May, a young Christian woman was stoned and burned after being accused of blasphemy. These killings are not isolated, as the NGO Open Doors had counted 4,650 Christians killed in Nigeria for the year 2021. This represented almost 80% of the murders of Christians worldwide. Similarly, in 2021, the International Society for Civil Liberties and the Rule of Law (Intersociety) had counted 3,000 Christians being abducted while 300 churches and ten priests had been attacked. As all the participants in this conference demonstrated, it appears that the situation of Christians in Nigeria is deteriorating more rapidly, and that the violence initially localised in the North is also tending to spread to the South. Bishop Jude Arogundade added that there are ethno-religious reasons for these alarming events. The lack of reaction from the local authorities further exacerbates the rise towards a radicalisation of the violence, raising fears of genocide.

Located in the western part of the African continent, Nigeria is surrounded by Chad, Niger, Cameroon, and Benin. It is a country of about 212 million inhabitants, where 46% of population are Christians. The country is marked by violent conflicts which, according to the UN, have already claimed the lives of some 27,000 civilians in the last ten years. Ethno-religious reasons are partly responsible for this situation and are linked to the occupation of the territory. Two areas with very different climates compose the Nigerian territory; a tropical weather in the North, an equatorial one in the South. The North has a rather dry climate, with only one rain season and heavy heat. This type of climate is suitable for livestock farming, which is possible in the savannas from the center of Nigeria. The South has an equatorial climate, characterized by heavy rainfalls and heavy heat all year long. It enables the creation of forests and mangrove swamps in the Niger Delta and on the seafront areas, but disadvantages cattle farming. Moreover, the density of Tsetse flies in Central Africa, including South Nigeria, prevents any livestock farming, for they are deadly for livestock.

These climatic differences lead to different demographic logics between the South and the North. The shepherds constitute small nomadic groups; whereas agriculture demands more people and inducts an important sedentary demography. This contributed to the creation of two tribal groups, recognized in the Constitution, with often conflictual relations. The demographic explosion in Nigeria, which should, according to the UN, reach 400 million inhabitants, has come to unbalance old balances and aggravate existing tensions. All the more as most Nigerian are poor, living with about two dollars per day.

Thus, religious tensions are a "superinfection" of of this already existing tensed situation. The tribal map is superposed with the religious map, with a mostly-Muslim North and a Christian South. Thus, the northern Nigerians see Christians as an economic threat and the terrorist organization Boko Haram’s presence amplifies the violence. The presence of this Islamic group in this part of the country can be explained by its proximity with the Sahelian zone. Most of the attacks against Christians are located in the northern part of the country, with the goal to wipe out Christians from this part of the country. The existence in South Nigeria of oil deposits does not seem to be linked with the anti-Christians attacks, even if it may exacerbate resentment in the North towards the South.

A lack of reaction from local authorities

In the South, Christians benefit from freedom of worship, whereas in the North, where Shariah is applied, “[Christians] face terrible persecutions” and are considered as second-class citizens. Toward this growing violence, the government and more particularly its president, Muhammadu Buhari, minimalize persecution and barbarian acts. According to them, there is no problem of Christian persecution in Nigeria, rather “conflicts between herders and farmers rather than as religiously motivated acts of terror”. Faced with this growing violence, the government, minimises the acts of persecution and barbarism. The government’s judgements’ partiality is noticeable. Whatever the nature of the crimes or the level of atrocities that were done, “Perpetrators are seldom brought to justice”.

The word “Islam” or “Islamic” is present twenty-eight times in the country’s Constitution, mentioning various rights given by Shariah. On the contrary, the word “Christian” is never mentioned. It would seem this situation echoes the negation of Christians’ rights by the Nigerian government. “Christian religious education is no longer authorized in some northern states. On the other hand, Islamic religion teachers are employed by State and paid by public funds”, which is in contradiction with the Nigerian Constitution. These public funds are also used to build mosques, when Christians are being rejected again and again when trying to purchase “grounds on which they could build churches”.

In February, the ECLJ warned the UN Human Rights Council about the gravity of the situation of Christians in Nigeria. On 18 May, in the European Parliament, MEP Jean-Paul Garraud of the ID group also intervened to ask for a debate on Christianophobia and in particular on the case of the young Nigerian student stoned and burned by Islamists. 244 MEPs voted against, preventing the debate from taking place. After the Whit Sunday massacre, the European Parliament finally agreed to hold the debate, after the ECR group also requested it. In May, the ECLJ sent again a written statement to the UN Human Rights Council urging the international community to do everything in its power to stop the violence and provide assistance to thousands of displaced Nigerians. In 2020, the Prosecutor of the International Criminal Court (ICC) announced the closure of the preliminary examination of the situation in Nigeria, "having concluded that there was a reasonable basis to believe that war crimes and crimes against humanity were committed". The next step in the judicial process should be the opening of an investigation. Let us hope that the seriousness of recent events and their increased recurrence will accelerate this process.