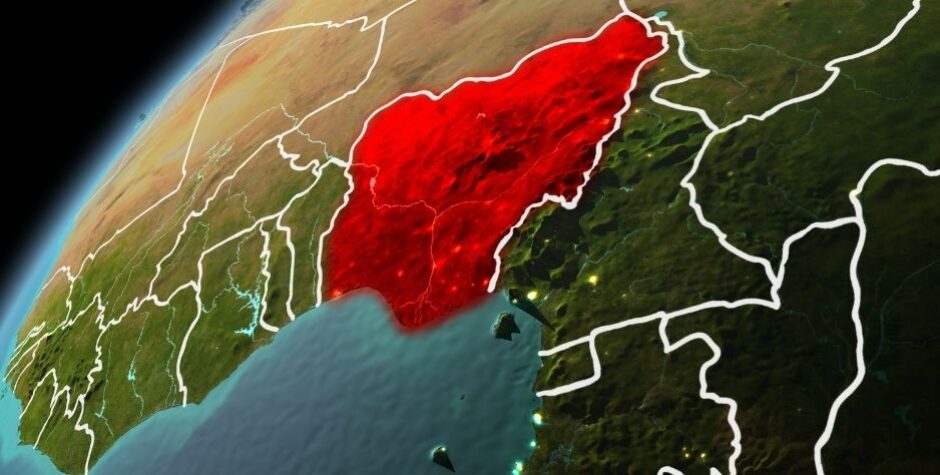 Persecution of Christians in Nigeria

Nigerian nationals of Christian confession suffer severe discriminations and infringements of their rights, contrary to the other Nigerian citizens. Such a treatment is against personal fundamental rights as universally recognized and guaranteed by numerous international treaties. Here are the main reasons why the Christians’ situation in Nigeria has worsened over the last years.

Located in the western part of the African continent, Nigeria is surrounded by Chad, Niger, Cameroon and Benin. This country of about 212 million inhabitants, where 46% of population are Christians,[1] “stays in the top of the list of the countries which counts the most Christians killed because of their faith”.[2] According to the UN, the violent conflict with Boko Haram has claimed around 27 000 civilian lives within the last decade.[3]

The brawls between Christians and Muslims in Nigeria have been getting more intense over the last few years. These tensions can firstly be explained by the way the territory is occupied. Indeed, two areas with very different climates compose the Nigerian territory;[4] a tropical weather in the North, an equatorial one in the South. The North has a rather dry climate, with only one rain season and heavy heat. This type of climate is suitable for livestock farming, which is possible in the savannas from the center of Nigeria. The South has an equatorial climate, characterized by heavy rainfalls and heavy heat all year long. It enables the creation of forests and mangrove swamps in the Niger Delta and on the seafront areas, but disadvantages cattle farming. Moreover, the density of Tsetse flies in Central Africa,[5] including South Nigeria, prevents any livestock farming, for they are deadly for livestock.

The demographic logic is thus different between the South and the North. The shepherds constitute small nomadic groups; whereas agriculture demands more people and inducts an important sedentary demography. This contributed to the creation of two tribal groups, recognized in the Constitution, with often conflictual relations. The demographic explosion in Nigeria, which should, according to the UN, reach 400 million inhabitants, has come to unbalance old balances and aggravate existing tensions. All the more as most Nigerian are poor, living with about two dollars per day.[6]

Religious tensions are a new level of this already existing tensed situation. The tribal map is superposed with the religious map, with a mostly-Muslim North and a Christian South.[7] Thus, the northern Nigerians see Christians as an economic threat and the terrorist organization Boko Haram’s presence amplifies the violence. The presence of this Islamic group in this part of the country can be explained by its proximity with the Sahelian zone.[8] Most of the attacks against Christians are located in the northern part of the country,[9] with the goal to wipe out Christians from this part of the country. The existence in South Nigeria of oil deposits does not seem to be linked with the anti-Christians attacks.

A lack of local reactions

The difference of treatment considering the place where the latter live is noticeable. In the South, Christians benefit from freedom of worship, whereas in the North, where Shariah is applied, “[Christians] face terrible persecutions”[10] and are considered as “second-class citizens”.[11] Toward this growing violence, the government minimalizes persecution and barbarian acts. According to them, there is no problem of Christian persecution in Nigeria, rather “conflicts between herders and farmers rather than as religiously motivated acts of terror”.[12]

The Nigerian Government, and most particularly its president, Muhammadu Buhari, is “openly pursuing an anti-Christian agenda that has resulted in countless murders of Christians all over the nation”,[13] which gives no chance to the Christians still in Nigeria. This policy is against the Nigerian Constitution, which established equality of treatment whatever the ethnic group or the religion of the citizens.[14] The Islamisation of the Nigerian territory through the adoption of shariah in twelve northern states does not change the situation but increases this rising violence.

The word “Islam” or “Islamic” is present twenty-eight times in the country’s Constitution, mentioning various rights given by shariah. On the contrary, the word “Christian” is never mentioned. It would seem this situation echoes the negation of Christians’ rights by the Nigerian government. This situation is in contradiction with the International Covenant on Civil and Political Rights which was signed by Nigeria on July 29th, 1993.[15] Indeed, Article 18 from the said covenant states that “Everyone shall have the right to freedom of thought, conscience and religion”. Article 27 follows by precising that “in those States in which ethnic, religious or linguistic minorities exist, persons belonging to such minorities shall not be denied the right, in community with the other members of their group, to enjoy their own culture, to profess and practice their own religion, or to use their own language”.[16] However, “Christian religious education is no longer authorized in some northern states. On the other hand, Islamic religion teachers are employed by State and paid by public funds”,[17] which is in contradiction both with the Covenant and with the Nigerian Constitution.[18] These public funds are also used to build mosques, when Christians are being rejected again and again when trying to purchase “grounds on which they could build churches”.[19]

The government’s judgements’ partiality is noticeable. Whatever the nature of the crimes or the level of atrocities that were done, “Perpetrators are seldom brought to justice”.[20] According to NGO Open Doors, “90% out of all killed Christians in 2018 were killed in Nigeria (3.731 within Nigerian borders for 2.000 in 2017)”. The rise of murdered Christians is thus not to overlook, et would be organized, still according to the NGO, by “[Islamic group] Boko Haram [and] Fulani militants”.[21] Those barbarian organisations wipe out Christian villages, executing men, repressing all rebellion or possibility of counterattack. Women and girls are abducted and suffer every possible sort of physical and sexual violence. They are then forced to convert to Islam and marry jihadists. Sometimes, however, negotiations and international pression have some results, like in February 2017 when, after 110 schoolgirls were abducted, 109 of them could get back to their village. The last one, Leah Shabiru, is still imprisoned after she refused to convert to Islam.[22]

In 2018, jihadists had also attacked Christian residences: “more than fifty houses had been destroyed”. Holy places are not spared either, “in April [2018], an attack on a church caused 19 deaths, including two priests”. The situation did not get better since. According to Lela Gilbert,[23] quoting an article from July 15th, 2020: “1,202 Nigerian Christians were killed in the first six months of 2020”.[24] Christians live in constant fear to be persecuted next, for the only reason that they practiced their religion. “Nearly every single day, I wake up with text messages from partners in Nigeria” reporting new victims, Ann Buwalda testified.[25] A vicious circle would close on Nigerians who, after having orchestrated “attacks against Christians are themselves victims of retaliation against Muslims”.[26]

These are the reasons why the ECLJ regularly intervenes at the United Nations Human Rights Council in Geneva, through written and oral statements, to draw international attention to and pressure the Nigerian government to prevent these abuses.

To support us and to support this battle, you can sign our petition hereunder. 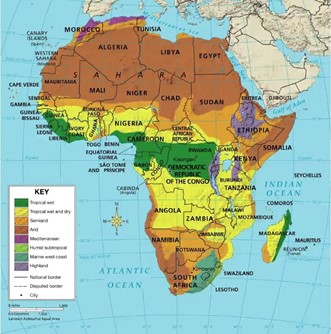 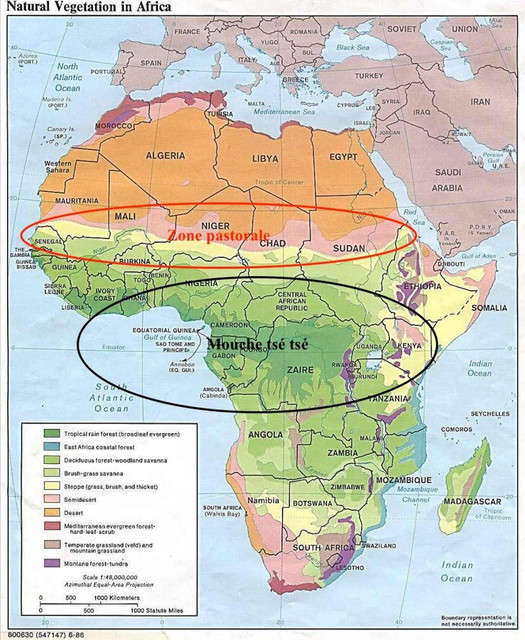 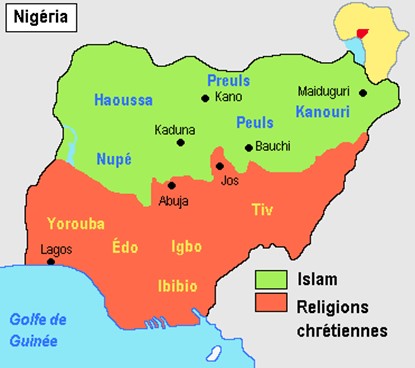 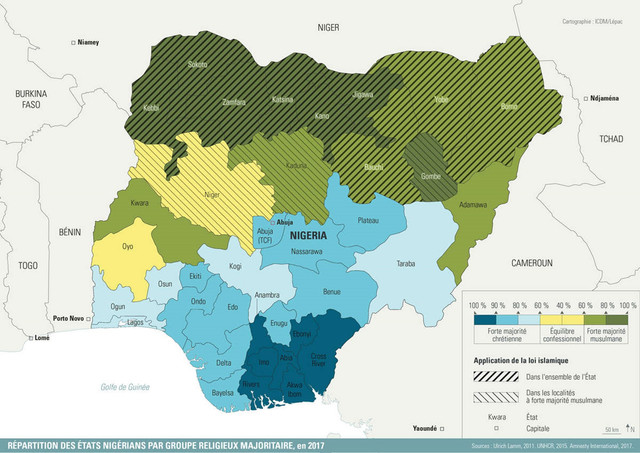 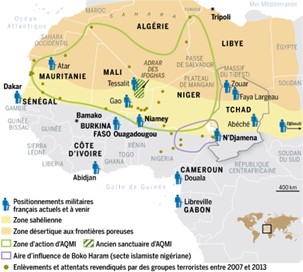 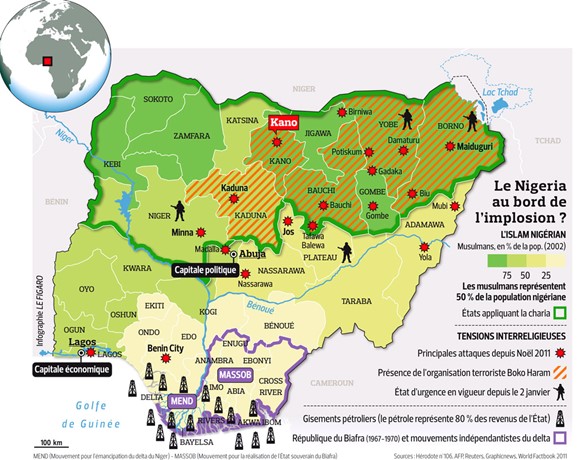 [1] About 95.4 million according to Open Doors (https://www.opendoors.org/en-US/persecution/countries/nigeria/)

[22] American Center for Law and Justice, The Persecution of Christians in Nigeria Demands our Attention, https://aclj.org/persecuted-church/the-persecution-of-christians-in-nigeria-demands-our-attention

Kidnapping of Hurmüz Diril at the UNBy ECLJ1639576710372
The ECLJ, with the help of Hurmüz DİRİL's lawyers and family members, has submitted a petition to the Working Group on Enforced or Involuntary Disappearances. This Christian father in Turkey has been...
Read More
More Related Articles