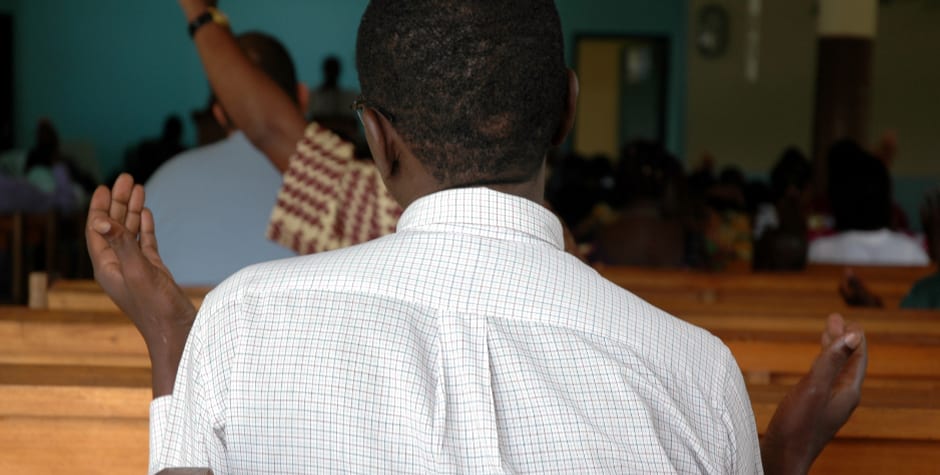 Not to Turn a Blind Eye to Nigeria

The Office of the Prosecutor (OTP) of the International Criminal Court (ICC) disclosed the preliminary examination about the situation in Nigeria on December 11th, 2020 after having opened it on November 18th, 2010. The former Prosecutor concluded that there was a reasonable basis to believe that war crimes and crimes against humanity were committed in the course of the non-international armed conflict between the Nigerian security forces and the Islamic terrorist organization Boko Haram. She also stated that the alleged violations of human rights “are sufficiently grave to warrant investigation.”

Reports of massive killings throughout the past months revive the urgency of the situation. Apart from the fact that the investigation has not been opened since the OTP’s disclosure, two substantive aspects are astonishing. First, the ICC fails to mention a key perpetrator, the armed groups of “Fulani Herdsmen” ; second, and most importantly, the ICC fails to acknowledge the possibility that the crime of genocide may be occurring.

Genocide: a high standard of proof

As generally recognized and specifically mentioned in the International Criminal Tribunal for Ex-Yougoslavia’s (ICTY) Trial Chamber II stated in Popovic, the victim of the crime of genocide is not an individual person but rather a targeted national, ethnical, racial, or religious group.

According to the Rome Statute of the ICC, the crime of genocide is proved by three elements: (1) the victims need to be part of a targeted group, (2) the accused must have acted in either a pattern of crimes or pose a concrete danger to a group, and (3) the perpetrator must act with dolus specialis (“genocidal intent”), for which there are many indicative criteria.

As the International Criminal Tribunal for Rwanda’s (ICTR) final judgment in Prosecutor v. Akayesu declared, genocide is the "crime of crimes.” Therefore, it is no surprise that the international criminal tribunals, the ICC, and national courts for international crimes maintain a high standard of proof to convict an individual or group for the crime of genocide. There needs to be concrete evidence to demonstrate that the committed acts constitute legal genocide, and the difficulty of meeting this high standard is exacerbated when the criminal acts are ongoing.

A major difficulty with proving the crime of genocide is “genocidal intent.” Intent is not to be conflated with motive. According to Black’s Law Dictionary, intent refers to “the state of mind accompanying an act” while motive refers to “something, especially wilful desire, that leads one to act.” This dictionary also notes the difference between the two terms: “while motive is the inducement to do some act, intent is the mental resolution or determination to do it.” Unfortunately, in practice, the two terms are often conflated. However, international documents suggest that motive was not intended to be a factor in the prosecution of genocide. In the travaux preparatoires, the drafters of the Genocide Convention exclude motive as an element to prove genocide and Article 6 of the Rome Statute does not mention motive either. Motive may give insight as to why heinous acts were committed, but what legally matters intent. When evaluating allegations of genocide, the court should not consider motive but rather whether the accused had the intent to kill or cause serious bodily or mental harm to an individual person along with the intent to destroy the group, whether in whole or in part, to which the individual belonged. In fact, genocidal intent is usually indicated when it can be proven that the perpetrator(s) planned and organized the questionable acts which constitute genocide.

Given the difficulty to prove legal genocide, it may seem that there is nothing the ICC can do about the situation in Nigeria. However, the present situation does not necessarily require the prosecution of genocide, but at least it’s monitorization and prevention.

Regarding monitorization, opening an investigation does not mean that there is sufficient evidence to begin prosecution proceedings. It simply means that there is a reasonable basis to believe that a crime falling within the court’s jurisdiction has been committed; that the alleged acts would be admissible under Article 17; and that there are no substantial reasons to believe that initiating an investigation would hinder the interests of justice. At such an early stage, there need only be “a sensible or reasonable justification for a belief that a crime falling within the jurisdiction of the Court has been or is being committed.”

Regarding prevention, according to Gregory H. Stanton, former Research Professor in Genocide Studies at George Mason University in Fairfax County, Virginia, the process of genocide develops progressively in ten stages. These stages do not always follow a linear progression, they may indeed coexist, and are good factual indicators of an ongoing genocide. Most importantly, at each stage, preventive measures can be put into place despite that the acts committed may not clearly or legally qualify as the crime of genocide.

Due to the continued systematic violence against civilians in Nigeria, which directly targets Christians, Stanton’s internationally recognized NGO Genocide Watch considers Nigeria to be at Stage 9: Extermination and Stage 10: Denial. Other NGOs (e.g. Jubilee Campaign, International Committee On Nigeria, International Organisation For Peace Building and Social Justice) and state actors (e.g. The Nigerian House of Representatives and the UK All-Party Parliamentary Group for International Freedom of Religion or Belief) corroborate to this conclusion.

For instance, it is significant and telling that the Fulani militants are attacking churches, not just farming towns. One might reasonably conclude that attacking against a Christian farmer out in his field was due to land competition. But the repeated attacks on churches, church leaders, and worshippers in Nigeria strongly suggest that the Fulani militants are motivated by religious hatred, although an interest in land and other resources may motivate them as well. While there may be mixed motives behind the attacks, the ethno-religious animus seems undeniable. According to Open Doors’ World Watch List 2022, Nigeria is, with 5898 victims, the country where the most Christians were killed in 2021.

Furthermore, the Nigerian government seems to be at least abetting the ongoing crimes. These crimes exhibit an organized character.

For instance, on June 23-24th 2018, eleven villages were attacked simultaneously without intervention by security operatives. In regard to the Fulani, its militia are now utilizing sophisticated weapons such as AK-47s, and its attacks are becoming increasingly pre-meditated taking the form of “scorched-earth campaigns that kill scores, raze villages and burn down farms”. Despite these instances of clearly organized violence and destruction, the Nigerian government has not held the perpetrators accountable.

As expressed in the Convention on the Prevention and Punishment of the Crime of Genocide (CPPCG, 1984), the International Court of Justice’s (ICJ) assumptions in Bosnia v. Serbia : States must take measures to prevent and to punish the crime of genocide.

The International Community and the ICC should not turn a blind eye to the crimes committed in Nigeria.

Article written by Marguerite Saché, Associate Fellow at the ECLJ.