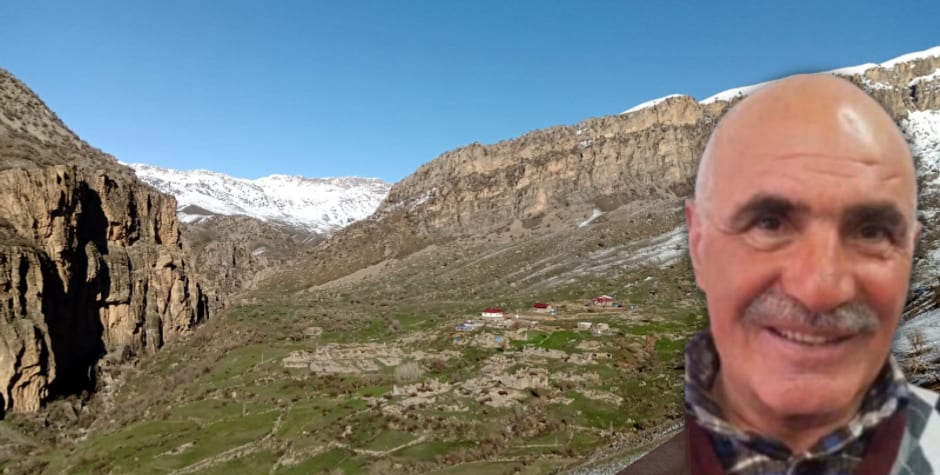 Kidnapping of Hurmüz Diril at the UN

The ECLJ, with the help of Hurmüz DİRİL's lawyers and family members, has submitted a petition to the Working Group on Enforced or Involuntary Disappearances. This Christian father in Turkey has been missing for nearly two years now. The worst is to be feared as his wife, who disappeared on the same day, was found, killed, not so far from their home. Despite this, the family deplores the inaction of the Turkish authorities.

On January 11, 2020, a couple of Chaldean herders, Hurmüz and Şimuni Diril, disappeared from their small village of Şırnak, in southeastern Turkey. Having no news from their parents, one of the children verified their absence on January 12 and asked the only neighbor present in these mountains in winter, Apro Diril, for information.

Apro Diril initially claimed that Hurmüz and Şimuni had left without saying where they were going. Hurmüz's son searched for his parents for several days all over the village and the surrounding area with the help of the police without finding anything. The police investigation carried out on January 16, 2020 at the home of the missing parents revealed nothing unusual in their personal belongings and could not discover any clues as to what had happened or where the missing persons had gone or been taken.

Then, Şimuni Diril was found dead on March 20, 2020, near a creek located 800 meters from their home. The wounds on Mrs. Diril's lifeless body indicate that she had been shot with a firearm.

From being a witness, Apro Diril became the number one suspect. Indeed, he made several contradictory statements, both before and after the discovery of Mrs. Diril's body. He first claimed that both the disappeared had gone somewhere without saying where they were going, before explaining a few days later that they had been captured by the PKK. Then, he accused one specific person of having kidnapped the Diril parents, before it was discovered with certainty that this accused person was hundreds of kilometers away from the village at the time of the event, etc.

In spite of this death and these lies, the investigation stalled. Even worse, the file is now "classified." Apro Diril was arrested and then released. The children and their lawyers have asked for precise acts of investigation, but nothing seemed to be done and in any case, they are not informed of anything.

Thus, almost two years after these disappearances and on the basis of the available information, the ECLJ has sent a communication to the relevant UN Group of Experts: the Working Group on Enforced or Involuntary Disappearances. "One of the Working Group's primary tasks is to assist families in determining the fate or whereabouts of their family members who are reportedly disappeared."

The issue of this referral is to force the Turkish representation to justify itself before the UN Group of Experts on this case. The Working Group will initially verify the seriousness of the communication we sent and possibly request additional documents. If it considers that the disappearance is established and worrying, as we think and hope so, it will ask the Turkish representative for information and explanations.

Whether it was a family score-settling, an action by a terrorist group or whether the Dirils were collateral victims of the government's fight against the PKK, it is more important than anything else for the children and their families that light be shed on the murder of their mother and the fate of their father.

With them, it is also one of the last Chaldean families who disappeared from this region...

Stop the dark funding of UN experts!By ECLJ  1631288711156
To the attention of the President of the Office of the High Commissioner for Human Rights, Ms. Michèle Bachelet Dear Madam President, After a year of research, the ECLJ has published a report on "The...
Read More
More Related Articles