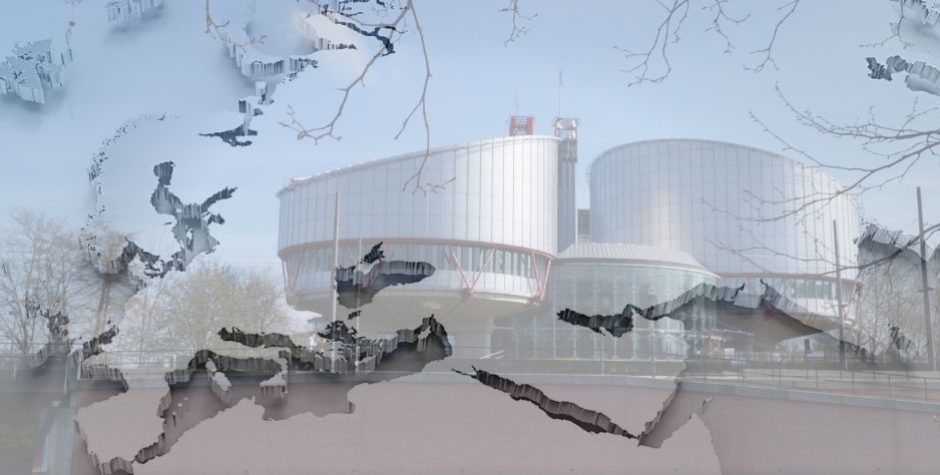 Never, in the entire European history, has an institution possessed such power, to the point of presenting itself as "The conscience of Europe". And indeed, from Compostela to Vladivostok, from Murmansk to Nicosia, the European Court of Human Rights - that is what it is all about - has the power of the "last word" over the 833 million inhabitants. This institution is powerful enough to undo laws and constitutions and force their revision. Yet, paradoxically, the European Court has only 47 judges with identity totally unknown to the general public, unlike the nine judges of the United States Supreme Court.

Is it not surprising, then, that Europeans have so little to say about the identity of the few people who dominate their entire legal order and whose mission is to guarantee respect for human rights, the rule of law and democracy? The name of the judge who validated Vincent Lambert's death or convinced his colleagues to condemn the French legal framework prohibiting surrogacy must remain hidden, draped behind the impressive façade of "The ECHR". Only "La CEDH" is known; its members remain in the shadow that befits the judiciary.

It is a fact that society is impressed by the ECHR as it was once impressed by the Church. It is no longer Rome, but Strasbourg that now decides what is moral and just. Like Rome in the past, Strasbourg now shapes family law and criminal law and procedure, and even acts as an arbitrator in disputes between European states. Yet, although justice is sacred, the Court, despite its prestige, is not supernatural. It is a machinery of individuals responsible for making decisions, a place of power, a centerpiece on the chessboard of supranational governance.

It is, therefore, to go to the other side of the mirror of "The ECHR" that the ECLJ has undertaken to take a closer look at the profile of the people who make it up, after our attention was drawn to the election of a growing number of activists to the position of judge and the adoption of increasingly ideological decisions, as previously described and analysed in Les droits de l'homme dénaturé (Le Cerf, 2018).

After reviewing the judges' curricula vitae, we observed that 22 of the 100 judges who have served on the European Court for the past ten years are former staff members or leaders of seven non-governmental organisations (NGOs) active at the European Court. Among these seven NGOs, the network of George Soros' Open Society Foundation (OSF) stands out for the large number of judges linked to it (12 judges, 6 of whom were national or international officials), and for the fact that it funds the six other organisations identified.

These NGOs make strategic litigations one of their main activities. This practice, which uses judicial remedies as an instrument to advance political or legislative change, is particularly effective at the ECHR because its case law is authoritative within the 47 Member States and inspires many bodies beyond Europe, including the ones in which these NGOs are also active.

Such a strong presence of OSF and its affiliates is problematic in many ways. It is the result of George Soros' $32 billion in grants to the NGO sector since 1984, thus placing him at the head of a global network of influence. For the OSF, this funding is aimed at building genuine "alliances to achieve strategic goals of the open society agenda". Open society refers to the idea of an open, liquid, totally emancipated society: post-modern. Yet, the ECHR, in that it is individualistic, post-democratic, supranational, and moralistic, is a perfectly adapted and effective instrument to achieve the objectives of this ideological agenda. And it is an observable fact that the notion of "democratic society", according to which the ECHR delivers its judgments, increasingly resembles the OSF's "open society". Moreover, several recent decisions bear significant witness to this rapprochement.

It happens that, in some cases, a significant part of the judges (even the majority) are from these 7 NGOs. This was the case, particularly in sensitive cases concerning surrogacy or LGBT claims.

But there is something more serious: it appeared that 18 of these 22 judges were allowed to sit in cases brought or supported at the Court by the organisation of which they were previously collaborators or even founders. This is a clear situation of conflict of interest, contrary to basic judicial ethics and to the rules which the ECHR imposes on national courts. We have identified 88 problematic cases over the last ten years and only 12 cases in which judges had refrained from sitting because of their link with an NGO involved in the case. This estimate of the number of conflicts of interest relates only to the visible part of the phenomenon, because often - and this is another problem - NGOs do not appear publicly in the proceedings. Thus, only insiders know who is "behind" a case.

An important case currently pending before the Grand Chamber of the Court (Big Brother v. the United Kingdom) provides an illustration of this situation: OSF funded 10 of the 16 applicants NGOs, and 6 of the intervening third party NGOs (including the OSF). Moreover, of the 17 judges having sat in the case, 6 are former collaborators of the parties and third parties. The hearing has already taken place, and the case is now under advisement. Nonetheless, a serious court would never render a judgment tainted by such breaches of judicial ethics.

The links between an applicant NGO and judges can also, by way of illustration, make it possible to informally signal the introduction of applications and avoid the fate of the 95% of applications declared inadmissible from the outset after an often summary examination. The influence can also be more extensive. For example, the synchronisation between local opinion campaigns and the ECHR's decision to make public cases serving that campaign may be such that the fortuitous nature of that decision may be questioned. For instance, this is currently the case as regards Poland in the area of "LGBT and reproductive rights".

This situation is very serious: it reveals a structural malfunction of the Court, which casts doubt on the impartiality of a significant part of its judges.

This situation has various causes: the absence of any supervisory body of the ECHR, the absence of a formal procedure for recusal and withdrawal, the lack of an obligation under which judges have to inform their president of situations of potential conflict of interest, the failure to inform the parties of the composition of the future panel of judges, the fact that the majority of ECHR judges has no experience of the judiciary, and finally, the culture of "in-betweenness" of a small milieu that has managed to dominate the proceedings and the human rights discourse.

The members of this milieu - the clerics of the universal progressive religion - circulate alternately between public authorities and private organisations. Between these clerics, whether they are judges or parties, there can be no conflict of interest since they serve the same religion.

Finally, what this report reveals, beyond the existence of conflicts of interest, is the growing confusion between the ECHR and NGOs and, more fundamentally, between human rights and post-modern ideology. This shows how, at the level of people rather than just ideas, human rights are being confused with an ideology that is distinct from the inspiration of the drafters of the 1950 Convention.

The ECLJ's report, more than 200 pages long, is the result of a long process. It has been re-read by judges, academics, and former ECHR judges, all of whom recommended its publication for the good of the Court. We also addressed it personally to the President and Vice-President of the Court, but the Court decided not to reply to it, thus tacitly confirming its veracity. It is now up to politicians to take the necessary steps to restore the integrity of the Court and, if possible, reduce the deleterious influence of post-modern ideologues.

Appeal for Independence & ImpartialityBy ECLJ1589550309076
As lawyers, legal professionals, academics and magistrates, we express our surprise and concern about the conflict of interest situations revealed by the relationship between judges sitting at the...
Read More

Report on Judges & NGO: Press ReviewBy ECLJ1589270985184
This press review contains several hundred articles published in the online press about the ECLJ Report on " NGOs and Judges of the ECHR ". It is not exhaustive and does not contain any article...
Read More

Judges & NGO: Russia Comes into PlayBy Grégor Puppinck1589165400000
Over two months after the publication of the Report by the European Centre for Law and Justice (ECLJ) , new voices are being raised every day to denounce conflicts of interest between judges of the...
Read More
More Related Articles