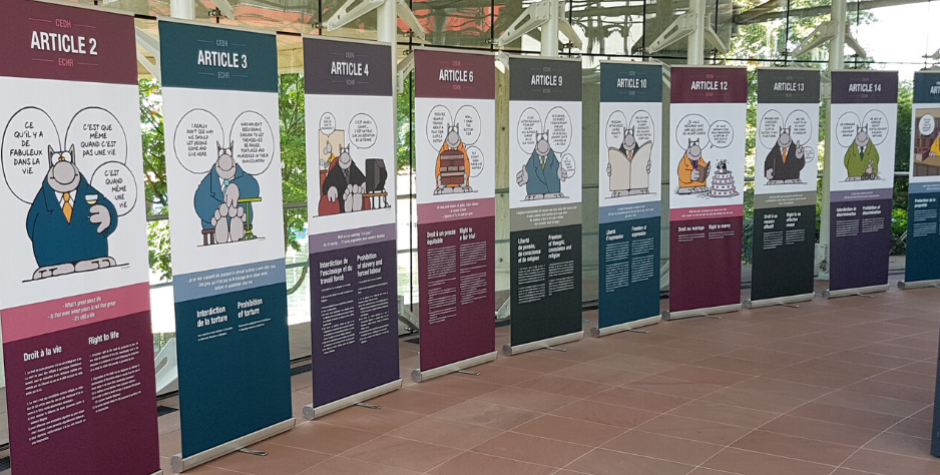 As authors and researchers dealing with religious issues, we express our deep concern about the case of Mrs. Elisabeth Sabaditsch-Wolff against Austria. Indeed, the E. S. v. Austria Judgment delivered by the 5th Section of the European Court of Human Rights (ECHR) on October 25, 2018, dangerously limited freedom of expression in religious matters. On March 18, 2019, the Court will decide whether to accept the request to refer the case to the Grand Chamber, i.e., to retry the case in its most solemn form.

The applicant is an Austrian who grew up in Iran and then worked in embassies in Kuwait and Libya. In 2009, during a public conference on Islam, she, among other things, compared the marriage of Mohammed to 6-year-old Aisha to paedophilia, stating: “What do we call it, if it is not paedophilia?” As a result, she was convicted in 2011 by Austrian courts for “disparaging religious doctrines”, an offense under Article 188 of the Austrian Criminal Code. The applicant then complained to the ECHR alleging a violation of her freedom of expression.

In analyzing this woman’s conviction, the ECHR has raised relevant questions: do paedophilia - in its current meaning - and child marriage cover the same reality? Should a woman presenting herself as an expert on Islam not have placed the marriage between Mohammed and Aisha in its historical context? Furthermore, did the speaker’s words deliberately include “prejudices” that might offend Muslims?

The ECHR considered that the remarks in question were “likely to arouse justified indignation in Muslims” and constituted “a malicious violation of the spirit of tolerance, which was one of the bases of a democratic society . . . and putting religious peace at risk.” It concluded that the condemnation of the speaker was justified under the European Convention on Human Rights. This decision by the Strasbourg judges was sharply criticized by various Western observers for the decision amounted to condemning cartoons by Charlie Hebdo, but also by Voltaire, Ernest Renan, or Auguste Comte.

Moreover, Senior Islamic authorities considered that this ECHR judgment proved them right in their policy repressing blasphemy. Thus, the Observatory of Islamophobia of El-Azhar University in Cairo welcomed a “courageous” decision and saw in it a general condemnation of “blasphemy against the Prophet.” Pakistan’s Prime Minister Imran Khan “welcomed” this decision and called on European countries to “redouble their efforts” to combat blasphemy. The same Prime Minister also supports maintaining death penalty or life imprisonment for blasphemers in his country.

We, therefore, call on the European Court to accept the request to refer this case to the Grand Chamber. It is not a question of agreeing with everything the speaker said, but of  clarifying the limits of freedom of expression in religious matters, within the meaning of the European Convention on Human Rights.

Can the recalling of established historical facts be condemned when it concerns a personality considered sacred by a religion? Has it become reprehensible to express such remarks when the European Court says it wants to protect the expression of information or ideas “that offend, shock or disturb the State or any sector of the population”? The ECHR now has the opportunity to answer these questions and to recall that freedom of expression must be limited neither by any blasphemy law - an exclusively religious concept - nor by the potential violence of those who say they are offended by such a statement.

Finally, we wish to express to the Court our commitment to the debate based on reason, be it political or scientific, and to the freedom to criticize religions. The future of our civilization is at stake.