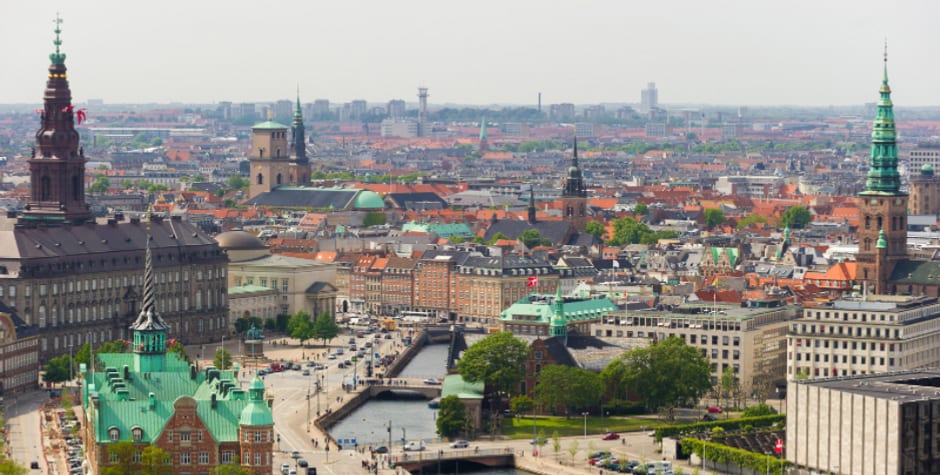 The ECHR validates the expulsion of a jihadist to Tunisia

On March 3, 2022, the European Court of Human Rights (ECHR) published its decision in the case of Johansen v. Denmark: it validated the deprivation of Danish nationality and the expulsion to Tunisia of a jihadist. This is a victory for the ECLJ, which intervened in this case as a third party.

Adam Johansen had dual Danish and Tunisian nationality since his birth. He is married and has one child. After equipping himself with military gear, he left for Syria in 2013 to be recruited as a "fighter" by Daesh. Returning to Denmark in 2014, he was arrested in 2016 and sentenced to jail in 2017. The judges of the Supreme Court of Denmark unanimously decided in 2018 to withdraw his Danish citizenship and to deport him with a permanent ban on his return to Denmark. Adam Johansen therefore no longer has Danish citizenship since that ruling, but he still lives in Denmark even though his prison sentence ended in March 2020.

On May 10, 2019, Mr. Johansen filed an application to the ECHR, invoking Article 8 of the European Convention on Human Rights. According to him, his right to respect for private and family life would have been violated by the withdrawal of his nationality and the decision to deport him. In its decision of February 1, 2022, the ECHR ruled against him, declaring his application inadmissible.

Consequences on the fight against immigration

For the ECHR, "(t)he deprivation of his [Adam Johansen] Danish nationality complained of was thus to a large extent a result of the applicant’s own choices and actions". Indeed, the Court noted that the applicant's terrorist offenses "showed his lack of attachment to Denmark and its values." With this reasoning, the ECHR validates the fact that nationality is not just an administrative "paper." The legal bond between a person and a State - the definition of nationality - is the translation of a personal bond. Conversely, the deprivation of nationality is the translation, in law, of the death of such personal bond. The Danish state has merely taken note of a factual and material reality.

This is the first time that the ECHR has ruled on the deprivation of nationality of a national by birth. Adam Johansen was born Danish. In all the cases decided by the Court until then, the applicants had been born foreigners and had been naturalized. The ECHR stated that "the fact that the applicant in the present case had obtained Danish nationality by birth does not significantly alter or add to the consequences for the applicant." As the Court recalls, the ECLJ had argued in this sense. Indeed, unlike other States such as France, Denmark has ratified the European Convention on Nationality, which prohibits it from discriminating against its nationals on the basis of the method of acquisition of nationality[1]. The applicant therefore cannot benefit from a privilege compared to naturalized Danes.

These arguments of the ECHR have consequences for the options that States have in matters of nationality and therefore of immigration policy.

A "firm stance" against terrorists

The ECHR also notes in its decision that "the revocation of the applicant’s Danish citizenship was the consequence of his conviction of a very serious terrorist crime" and "the Court considers it legitimate for Contracting States to take a firm stand against those who contribute to terrorist acts." The Court set aside Adam Johansen's arguments about resuming his studies and his good conduct, emphasizing one point: "the applicant was convicted of having accepted recruitment and training by a terrorist organisation in the commission of terrorist acts" which, for the Court, "was of such a nature that he posed a serious threat to public order."

The applicant invoked his right to respect for his family life, to avoid his deportation. In this regard, the ECHR pointed out his contradictions: had Mr. Johansen wished to remain in Denmark with his family today, then why did he, in 2013, "left his family in Denmark at his own initiative . . . in order to take up residence in a war zone in Syria." Furthermore, the Court approved the following reasoning:"the applicant’s partner, who had converted to Islam at the age of 18, and their 8-year-old son, who had attended an Islamic school for a short period and had subsequently been home-schooled by his mother, were not entirely unprepared for accompanying the applicant to Tunisia."

Following the proportionality review, the ECHR found that the restriction on Mr. Johansen's right to respect for his family life was necessary for "the protection of the public from the threat of terrorism."

Adam Johansen should already have been expelled

With this decision, the Court reminds States of the latitude they have to deprive bi-national criminals of their nationality and to deport terrorists to their countries of origin. To date, however, Mr. Johansen has still not been deported to Tunisia, even though his appeal to the ECHR was not suspensive. Denmark had the possibility to execute the expulsion decision even before the decision of the ECHR, that is to say from 2018. "On 14 September 2021, the Tunisian authorities had informed the Danish authorities that “there could be no doubt that the applicant had Tunisian citizenship” and that the “necessary judicial basis existed to allow the Tunisian Ambassy to issue travel documents with a view to deporting the applicant to Tunisia”."

Following the ECHR's decision validating the deportation, Denmark could finally deport Adam Johansen... eight years after his return from Syria.

G. Puppinck at CPAC 2022 in HungaryBy ECLJ1653058156724
Grégor Puppinck, director of the ECLJ, spoke at the major Conservative Political Action Conference (CPAC) in Hungary on May 19-20, 2022. CPAC is the largest gathering of conservatives in the world.
Read More
More Related Articles