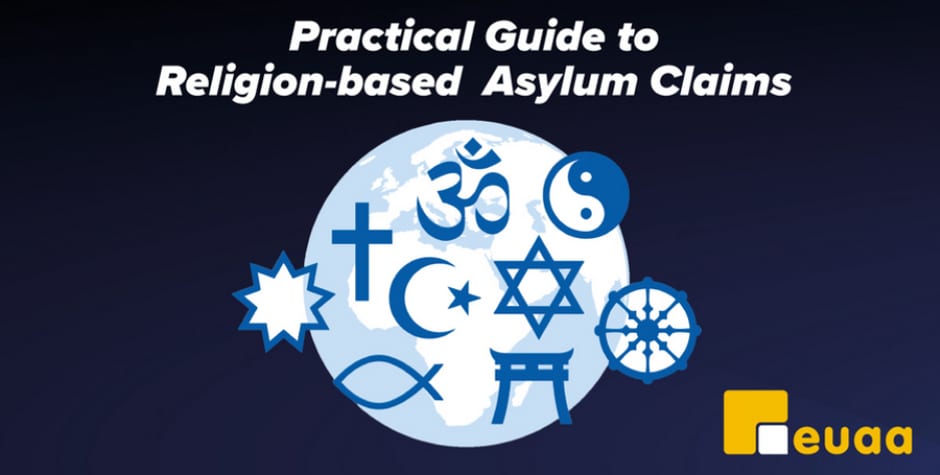 UEAA: A new realistic and positive guide to asylum on religious grounds

The European Union Agency for Asylum (UEAA) has just published a practical guide for the proper handling of religious asylum claims. It also incidentally acknowledges the veracity of the ECLJ report on the persecution of ex-Muslim Christians in Europe.

The title of this new document is “Interviewing Applicants with Religion-based Asylum Claims.”[1] This is not a new European directive, but a collection of various pieces of advice addressed to those who deal with asylum applications or who direct asylum policies in European states, to help them deal as objectively as possible with applications for asylum on the grounds of religious persecution.

The stakes are high because religion is one of the most important reasons for persecution in the world. It is listed as one of the five main causes of persecution in the 1951 Refugee Convention. In addition, the current international context means that the number of applications for asylum is by no means decreasing: 100,000 applications were made to the European Union in September 2022 alone.

This new guide is important because, unlike other criteria for persecution, religion is considerably more abstract. This is because it encompasses belief as such, but also determines the identity of believers - as well as their way of life -which may be more or less at odds with others. Some people are persecuted because they want to practice their religion and others are persecuted simply for belonging to a religious community. This guide defines the scope of protection due to religious freedom in matters of asylum.

The main and very positive contribution of this guide is that it was written with a real knowledge of refugee situations and with objectivity and common sense, in order to really help authorities to determine if the applicant is sincere and if his request is legitimate. It has a balanced understanding of the realities of persecution, what can legitimately be expected of a person based on their level of education and what their explanations reveal. For example, a sincere conversion does not necessarily imply a thorough knowledge of the religion itself. The reverse is also true. The guide therefore provides advice on questions to ask to ascertain the circumstances, the reasons that led the applicant to convert or to practice his faith publicly, to explain his journey, why he was persecuted, and so on.

The concrete approach of interviews with the applicant are largely dealt with, always with the primary objective being not to reject or accept all requests, but to establish the legitimacy of each request. The document states, for example, that not all restrictions on religious freedom are illegitimate. Receiving countries should consider whether what the asylum seeker is experiencing is persecution beyond the bounds of what is tolerable. Vexations and difficulties alone do not necessarily justify the asylum seeker’s reception by a foreign country and the solution of the applicant going elsewhere in his own country should always be discussed.[3]

Even if the report is neutral and does not seek to blame any entity, the reality of the advice given clearly establishes that the vast majority of applications come from Christians as “apostates” persecuted by Muslims, whether directly by Muslim states or by Islamist groups.

The ECLJ is pleased that its work on the persecution of ex-Muslim Christians in Europe has been taken into account. [4] Indeed, the U.S. State Department’s religious freedom reports are cited as reliable and important sources that the UEAA recommends to officials in processing religious freedom claims. Yet the 2021 U.S. State Department report on France quotes extensively from ECLJ’s work on the persecution of converts in France and Europe. This is a step forward that lends credibility to ECLJ's fieldwork. We also welcome the fact that several Christian NGOs, including Open Doors, are cited as reliable sources of information for assessing the severity of persecution in a given country.

Furthermore, the new guide explicitly recognizes that converts may be persecuted in Western countries of asylum. On page 64 it states:

The applicant might yet have encountered difficulties due to their conversion in the country of asylum. There are reports of converts having been physically attacked by fellow citizens because of their conversion. If you are confronted with information of this type, inform the applicant about their rights concerning religious freedom in your country and encourage them to report these incidents to law enforcement agencies.

It is a victory for the ECLJ that such facts become known and recognized and that our own recommendations are taken up by an agency of the European Union. This is the case, for example, for Mohamed Cheikh Mkhaitir, an ex-Muslim who had to flee Mauritania following a conviction for apostasy in 2014 and who was granted asylum in France. He has since been insulted and assaulted several times by Muslims near Bordeaux who learned that he was an “apostate.”

Finally, the practical guide addresses the issue of persecution for conscientious objection, but only in relation to military service. It also addresses the particular problem of women fleeing a marriage for religious reasons. Women may indeed face dramatic situations that fall under religious grounds in an asylum application. The guide cites, among others, cases where the married woman converts against her husband’s will, or if she is raped for lack of obedience to religious precepts.

The ECLJ regrets, however, one thing regarding translators, who are often present to enable the interview between the asylum seeker and the official conducting the interview. The practical guide specifically addresses the problem of a convert who is afraid to talk to a person of the same nationality and religion that he himself has left. These converted asylum seekers often request another translator and this is not always possible. The European agency’s guide invites the official to reassure the applicant by guaranteeing the independence and professionalism of the translator. One can legitimately hope that the majority of translators fulfil their function in this way, but the ECLJ has indeed had testimonies from ex-Muslim Christians coming from the Middle East, whose interview was translated by Muslims from the Middle East and who are convinced that the translator, out of resentment or negative prejudice, did not translate their words correctly and weakened their request. This is an extremely sensitive issue to address, but one that should be given special consideration by the EUAA.

Thanks to your support, the ECLJ has been able to carry out its research on this subject of the persecution of ex-Muslim Christians, which is now recognized more and more. With your help, we will continue our research in order to legally defend Christians in Europe and throughout the world.