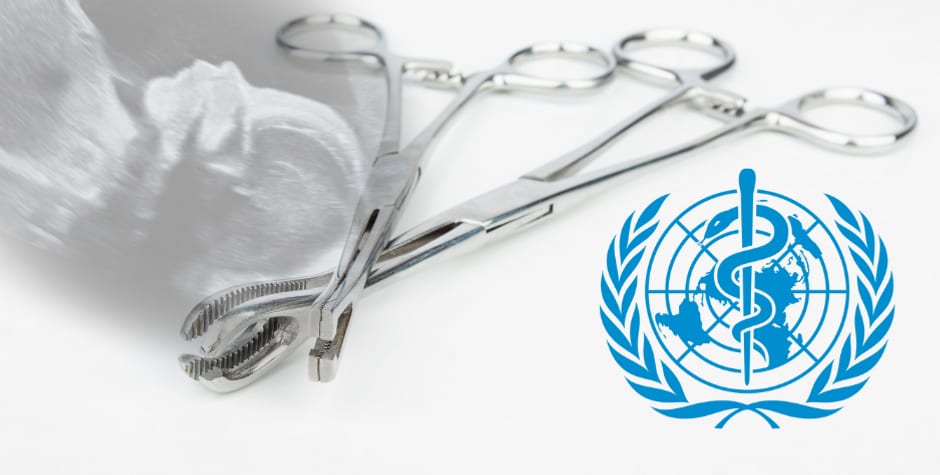 How WHO promotes abortion

The World Health Organization (WHO) and the Human Reproduction Programme (HRP) have published a new “Abortion care guideline” in March 2022. Far from limiting themselves to their mission of providing assistance and advice to health professionals, the document promotes a complete liberalization of abortion that is unprecedented in the world: it recommends, among other things, the legalization of abortion on demand and without conditions until the end of the pregnancy (pp. 24 and 28), the reduction of the freedom of conscience of the medical professions (p. 41 and following) and not informing parents in case of an abortion performed on their minor daughter (p. 43).

In response to such recommendations, the European Centre for Law and Justice (ECLJ) wishes to alert you against this instrumentalization of the WHO by external actors advocating for the liberalization of abortion. The ECLJ is convinced of the importance of the WHO's mission and of the need to ensure its independence. To this end, we would like to share with you three fundamental points to understand and interpret the publication of this document:

As we propose to explain shortly below, this “Abortion care guideline” is in fact a document promoting abortion, which instrumentalizes the United Nations for this purpose.

This document has no binding legal value. It was produced by a guideline development group and many external contributors and was not formally adopted by the WHO, nor by WHO member states at a specific meeting. It was adopted by consensus in late April 2021 during meetings of the Guideline Development Group (p. 136). The document does not contain a specific date of adoption nor the signature of the WHO director nor a relevant department head, as is required for a document with legal force.

The legal sources on which the drafters rely for their legal recommendations are also “soft law.” They are opinions, reports, decisions or recommendations of the Special Rapporteurs, Committees of Experts or working groups of the United Nations. There is a multiplicity of sources aimed at making people forget a fundamental point of international law that this document does not change: there is no international right to abortion. No international convention obliges states to legalize the practice.

It is out of expediency and ideology that the drafters expand as much as possible the categories of personnel who may perform abortions, as well as the time frames, methods, and circumstances for such performance. The authors of the document seek to justify their ideological position with science, but in fact, in 37% of their recommendations, they are forced to admit that they have no specific evidence-based studies to support their recommendations or suggestions. In addition, 10 of the 54 recommendations are not medical or scientific in nature, but purely political or ideological, such as the recommendation not to inform parents in the case of an abortion on a minor girl, or not to refer to a “pregnant woman” but to a “pregnant person,” in accordance with gender ideology.

The new guidelines are promoted with the official goal “to protect the health of women and girls and help prevent over 25 million unsafe abortions that currently occur each year.” This claim is doubly misleading. On the one hand, it is based on the idea that abortion is an inevitability that cannot be prevented. This is not true. The use of abortion depends mainly on social and cultural factors, as shown by the diversity of abortion rates between countries. Moreover, this statement contradicts the commitment made by States at the 1994 Cairo Conference on Population and Development to “reducing the recourse to abortion” and to “take appropriate measures to help women avoid abortion”. Since then, several countries have succeeded in greatly reducing the use of abortion through social policies, proving that it is possible. However, any idea of prevention of abortion, promotion of family policies, continence or, downstream, psychological and material help to pregnant women is absolutely lacking in the document.

Another misconception underlying the guidelines is that abortion would be a safe medical procedure. This statement ignores the psychological, emotional and social consequences of abortion for the woman, her partner, her other children and society as a whole. As scientific studies show, women who have abortions have an increased risk of having premature babies later on, of having breast cancer, of developing mental disorders such as depression and of committing suicide. Abortion also has consequences for couples: nearly 50% of women report that abortion is a cause of major crisis in the couple and that the relationship with their partner has been significantly altered. 22% of relationships end following an abortion.

The guidelines ignore the conceived child and refer to it only as “pregnancy tissue”[3] to be discarded with the “biological material.” This disregard for the human being before birth is inhumane and outrageous, especially since the guidelines recommend legalizing abortion until birth.

Yet science, religion and law in many countries recognize the child as a human being from before birth. The European Court of Human Rights has stated that “States may legitimately choose to consider the unborn child as a person and to protect his or her life.”[4]

Such elements illustrate an ideological drift and the influence of private groups trying to advance their interests by using the prestige of this international organization that is the WHO.

To develop these guidelines, the WHO consulted 121 experts[5] from outside the organization.[6] However, 81 of these “experts,” or nearly 67%, either worked for or were activists promoting abortion, or were paid by private abortion organizations. For example, 11 of these experts received nearly $1,800,000 over the course of their careers from the Society of Family Planning & SFP Researcher Fund[7] (funded in 2020 to the tune of US$3,024,868 by the Susan Thompson Buffett Foundation).[8] Of the 142 people who worked on the guidelines[9] (including members of the WHO Steering Group and the WHO Secretariat), 91 have an activist profile (64%). For example, 12 worked for IPAS, 7 for the Population Council, and 4 for the Center for Reproductive Rights.

The drafting of the guidelines unfolded in several steps, in different working and drafting groups. Of the eighteen experts in the Guideline Development Group (GDG), fourteen have been pro-abortion advocates, either through their publications, public statements, or through the organizations they work for.[10] With one exception, these experts are also members of the Evidence and Recommendation Review Group (ERRG), which is divided into three groups: Clinical services domain ERRG, Service delivery domain ERRG and Law and policy domain ERRG.

Of the remaining twelve ERRG members (non-GDG members), nine have the same activist profile.[11] In addition, out of the six other Human Rights advisors (non-GDG members), who contributed to the Law and Policy ERRG, three also have an activist profile.[12] Similarly, the human rights advisor for the GDG meeting and the three ERRG meetings is lobbyist Christina Zampas.[13] She is the associate director of global advocacy at the Center for Reproductive Rights. A total of thirty-six people participated in the ERRG that resulted in the WHO “Abortion care guideline.” Twenty-three of these thirty-six people were linked to pro-abortion NGOs, and no one from a NGO preventing abortion was consulted. In total, out of the thirty-six experts consulted, at least twenty-eight have an abortion activist profile.[14]

WHO also formed three Evidence Synthesis Teams, which prepared the GRADE (Grading of Recommendations Assessment, Development and Evaluation) systematic reviews. In the Clinical services domain group, 28 out of 37 members are activists, in the Service delivery domain group,[17] 11 out of 24 members are activists[18] and, in the Law and policy domain group, 9 out of 11 members are activists.[19] Thus, at least 67% of the Evidence Synthesis Teams' members are publicly pro-abortion. Three of the four members of the GDG meeting observers are also pro-abortion activists.[20] One of them, Patricia Lohr, received $112,309 in 2012 from the Society of Family Planning & SFP Researcher Fund[21] for a study titled “Effect of intracardiac potassium chloride for feticide before dilatation and evacuation on procedure duration and outcomes.”

The eight members of the WHO Steering Group[22] and eight of the nineteen members of the WHO Secretariat[23] who provided administrative support for the drafting of the guidelines are also activists. They include Bela Ganatra, who was Senior Advisor to IPAS between 2001 and 2010,[24] Chilanga Asmani, who worked for the International Planned Parenthood Federation between 2013 and 2019,[25] and Ian Askew, who held senior positions at the Population Council between 1990 and 2015,[26] and between 2016 and 2022 was Director of the WHO Department of Sexual and Reproductive Health and Research, which includes the HRP.[27]

The details of the activism of the authors of the guidelines are available online and from the footnote 10.

It is the massive presence of these activists that explains why the guidelines fully reflect the demands of the large private groups working to promote abortion around the world.

[2] See Ch. Louissaint, Medical and Relational Effects of Abortion, in Law and Prevention of Abortion in Europe, Sallux Publishing, 2018.

[5] Not to mention the 11 experts who appear two or three times.

Germany Legalizes Abortion AdvertisingBy ECLJ1656932400000
If 24 June 2022 was a day of victory for life in the United States, the same cannot be said of Western Europe, where a new law passed by the German Parliament (Bundestag) countered this news. The...
Read More
More Related Articles