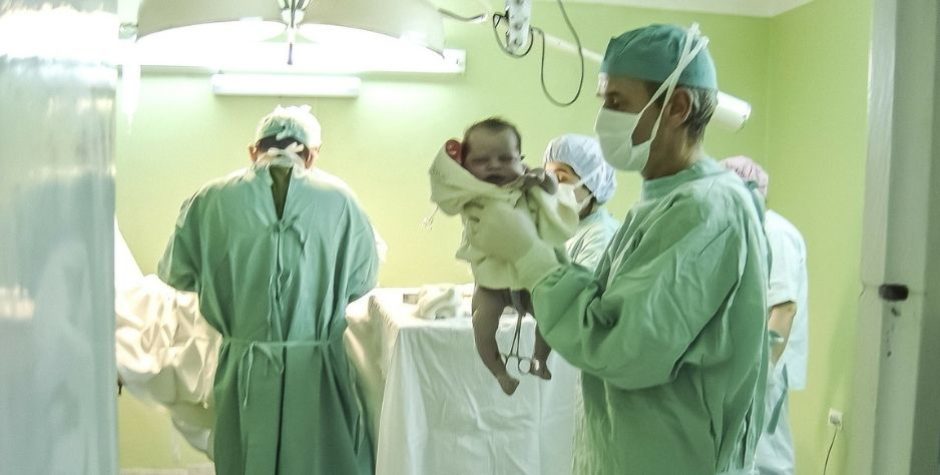 The Working Group on Discrimination against Women and Girls of the Office of the United Nations High Commissioner for Human Rights is preparing a report on the sexual and reproductive health and rights of women and girls in crisis situations. This document will be presented to the Human Rights Council in June 2021.

“The Working Group will examine how existing laws, policies, and practices can contribute to negative reproductive health outcomes for women and girls in situations of crisis and restrictions on their autonomy during their life-cycle, using an intersectional approach” states the Group on its webpage.

All possible challenges that would challenge “women’s and girls’ sexual and reproductive rights” will be explored, says the Working Group. To this end, it launched a call for submissions to which the European Centre for Law and Justice (ECLJ) responded and sent its comments. The ECLJ has intervened to denounce what lies behind these convoluted formulations and under the term "reproductive health": abortion.

Although there is no international right to abortion, but rather an international agreement that States should seek to reduce the number of abortions,[1] many UN bodies continue to incite States to legalize abortion in the name of sexual and reproductive rights.

It was particularly important for the ECLJ to intervene before this Working Group to recall what it demonstrated in a book: that abortion is not an international right; that abortion as a medical act is neither harmless, nor safe, nor a good for women’s health; and that women and families have, above all, a right to be helped to have a child.

However, some governments and pro-abortion organizations are trying to imposequite the opposite through the economic crisis due to measures taken to fight the coronavirus. In the name of the serious economic difficulties that millions of women and families are and will be going through, these organizations hope to further promote abortion as an appropriate solution.

As the ECLJ explains in its written contribution, there is first of all a misuse of words and secondly an inadequate response to the crisis through more abortions.

The words “maternal health”, “reproductive health”, “sexual health”, or “reproductive rights”, are used against the meaning that States pledged to guarantee. They have expressed their commitment to help women to carry out their pregnancies and childbirth in the best possible medical conditions, to not undergo mutilation or forced sterilization and to be informed about the risks of medical care they might undergo. This does not include a general right for women who feel unable to bear a child to have an abortion.

Even in states where abortion is permitted, it is always subjected to restrictive conditions of time, place, and person. Moreover, as we explain in detail in our observations and our book with numerous medical and scientific sources: abortion has proven harmful consequences on women’s physical and psychological health. Therefore, it cannot be promoted as a good solution for women.

Furthermore, in countries severely affected by the Covid and its economic consequences such as China and India, abortion has been used for the purpose of sexual selection for decades. According to local traditions, it is preferable to have a son rather than a daughter. Thus, some couples abort their child when it is a girl, hoping that the next pregnancy will bring them a boy. The deficit of girls in these two countries is already in the millions and the development of polyandry in India illustrates this phenomenon. Promoting abortion would nothing but increase this tragic issue.

In conclusion, the ECLJ recalls that an economic crisis calls for economic responses and should not be unduly used by the UN and governments to implement other projects far removed from the problem at hand. We therefore hope that the Working Group on Discrimination against Women and Girls will be able to focus on the real difficulties of women in times of crisis, particularly forced prostitution, and avoid using this crisis to promote a right to abortion against the will of States.

We encourage you to sign this petition for the protection of all human life to support our action and to be kept informed of the follow-up of this issue at the UN:

[1] Programme of Action Adopted at the International Conference on Population and Development, Cairo, 5-13 September 1994, §7.24: “Governments should take appropriate steps to help women avoid abortion, which in no case should be promoted as a method of family planning”.