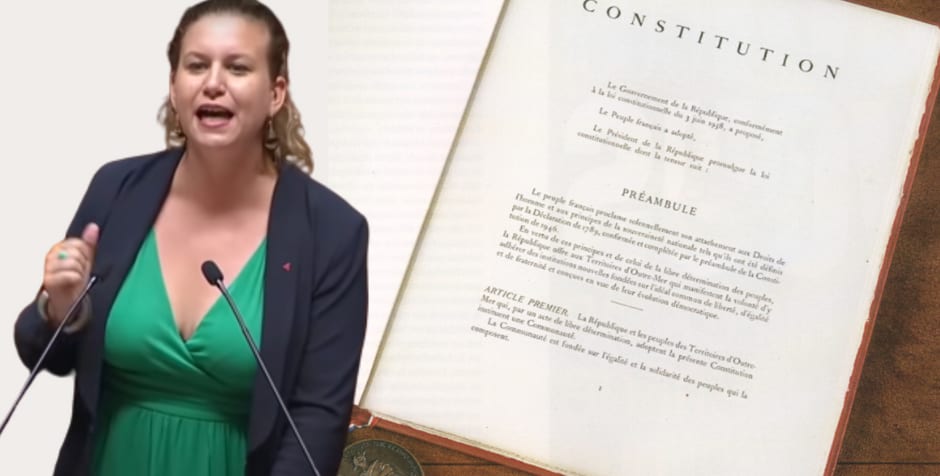 Abortion in the French Constitution

Several bills were submitted to insert a right to abortion into the French Constitution. One was rejected by the Senate last month, a second was debated on November 9 in the National Assembly's law commission. Nicolas Bauer, Research Fellow at the European Centre for Law and Justice (ECLJ), answered three questions in Valeurs actuelles about these attempts to constitutionalize abortion.

Will the left succeed in inserting abortion into the Constitution?

The Senate rejected Melanie Vogel's bill in October. The Senate is predominantly right-wing and Les Républicains (LR) senators voted overwhelmingly against the text. In the National Assembly, however, the balance of power is different. The Renaissance and NUPES groups together have an absolute majority. The LR parliamentarians are much less numerous. As for the Rassemblement national (RN), the "Hénin-Beaumont clan" threw away a few "tradish Catholics" and then the group ended up prohibiting its deputies from tabling amendments.

In the National Assembly, two constitutional bills were tabled. For the first one, Aurore Bergé, president of the Renaissance group, was named rapporteur. For this cause, she has already shown her determination in the hemicycle, even to the point of testifying personally on abortion. She said she was ready to come back to defend her text less than a month after having given birth to a baby girl. The second bill will be carried by Mathilde Panot, president of the group La France insoumise - NUPES. This deputy is not only campaigning for the constitutionalization of abortion, but also for the abolition of the right to conscientious objection for abortion.

If the National Assembly is likely to adopt one of these two bills, it will not be enough to enshrine abortion in the Constitution. The text would have to be adopted in the same terms by the Senate and then approved by referendum. Because of the opposition of the majority of senators in October, NUPES and Renaissance are not expected to achieve this result. They also know that a referendum is risky. The only referendum in the world that included the constitutionalization of abortion was rejected in September in Chile by 62% of the population, despite previous very favorable polls. Gabriel Boric, Chilean president adored by NUPES, did not expect such a failure.

Isn't the consecration of a "right to abortion" only symbolic?

The symbolic purpose of these bills has been denounced by eminent jurists. It is an operation of "agit-prop," for Jean-Éric Schoettl, a "symbolic coup," for Anne Levade. By inserting it into the Constitution, the left wants to make abortion sacred, as a value at the heart of the "social contract." From being a crime, abortion has become a medical act among others, and the left now wants to set it above all others, as a fundamental right. The wording of the proposed laws even places abortion above other fundamental rights, making it an absolute right, which "no one may infringe" and of which "no one may be deprived."

Whatever the intention of its promoters, the constitutionalization of abortion would have disastrous legal consequences. When a fundamental right is absolute, it means that it cannot be limited by the rights or needs of others or by the public interest. Absolute rights are very few in number and are directly related to human dignity. Thus, there is an absolute right not to be subjected to torture. If an absolute "right to abortion" is incorporated into the Constitution, it will crush everything in its path. For example, the maintenance of a legal time limit and the conscience clause would become unconstitutional.

According to Aurore Bergé, a constitutionalization would compensate for the "fragility" of abortion, because of "associations" that attack it. In reality, if abortion is "fragile", it is not because of pro-life associations, but because it is based on the negation of a reality, that of the life of an unborn child. Abortion is "fragile" every time this reality reminds us of it. In particular, in the first weeks of a desired pregnancy, parents see their child by ultrasound and ask themselves questions about their past abortions. Even Mrs. Bergé had to think about this. It is often at such an occasion that women contact pro-life associations, in order to rebuild themselves.

Is the debate on abortion in the constitution imported from the United States?

In fact, the trigger for the current debate in France was the Dobbs vs. Jackson decision of the U.S. Supreme Court in June 2022. This decision overturned the Roe vs. Wade case law, which in 1973 had constitutionalized abortion in the United States. That said, the strategy of NUPES and Renaissance to constitutionalize abortion is not modeled on the American Roe decision. Their idea is not to interpret the Constitution as including a "right to abortion" but to explicitly insert such a right into the Constitution. Only one country has already done this: Tito's socialist former Yugoslavia, in 1974. He influenced the current Chilean president Boric.

The method is not liberal, but leftist: to lengthen the Constitution to include all the "values" of the left. While the French constitution has 89 articles, abortion was in article 191 of 406 in the Yugoslav constitution and in article 253.16 of 499 in the initial draft of the Chilean constitution. During the debates on the constitutionalization of abortion in the Senate, an article in La Voix du Nord called on France to follow the Yugoslav socialist model. It was retweeted by the senator Mélanie Vogel and "liked" by the former minister of gender equality Élisabeth Moreno.

The use of this socialist reference to defend abortion is shocking. It was through the same constitutional reform that the former Yugoslavia added a right to abortion and proclaimed Tito president for life. Tito's regime was based on massacres and tortured his political prisoners. This dictator also proudly said that he had to "tame" his five (very) young wives, the first of whom was 13-14 years old. NUPES and Renaissance could find more democratic and feminist inspirations.