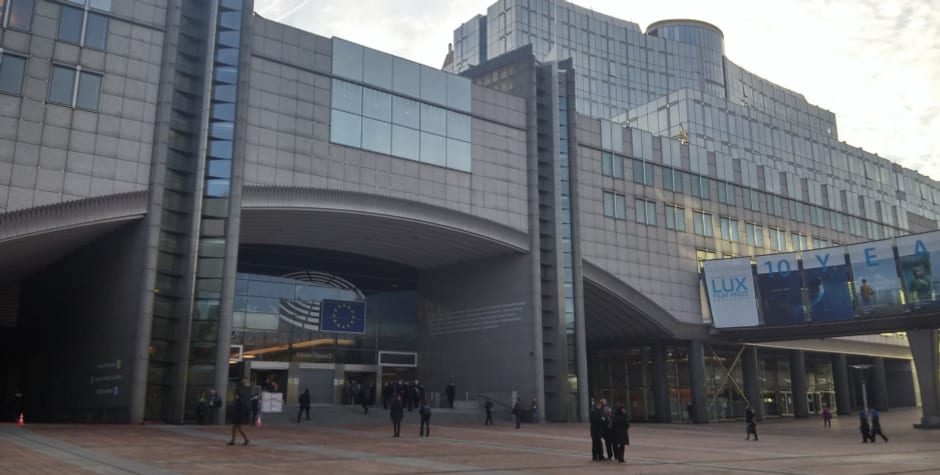 While awaiting the ruling of the US Supreme Court on abortion in the coming weeks, Nicolas Bauer, Research Fellow at the European Center for Law and Justice (ECLJ), analyses the resolution of the European Parliament that worries about a reversal of case law. The MEPs dare to lecture American Judges on the topic of the US Constitution. The ECLJ sent an amicus curiae to the Supreme Court on the ongoing case.

This opinion was published in French in Famille chrétienne.

Last May, a draft opinion of the US Supreme Court on abortion was leaked to the media. The constitutional Judges consider giving back to the States the possibility to protect unborn lives. Since the fraudulent publication of this text, pro-abortion followers are frenziedly attacking the Supreme Court. For some of them, the end justified the means, even attempting to murder one of the Judges in his home, on the 8th of June 2022. On that very day, the European Parliament debated on a resolution addressed to the Supreme Court.

A trickery that deserves to be reviewed in detail

The resolution is about the “possible dismantling of abortion rights by the Supreme Court of the United States” and was adopted on the following day, the 9th of June 2022. This was initiated by four political groups in the US Parliament, from far-leftists to liberals. The European Parliament is certainly used to taking a stance on issues of current interest, through a plethora of texts that have no legal value and often lack seriousness. However, this resolution is, even more than the others, a genuine trickery that deserves to be reviewed in detail.

The resolution begins with a visa, listing 33 references, in support of a so-called “right to abortion”. International treaties are quoted excessively, even though none of them include such a right. On the contrary, several treaties enshrine a right to life. The UN Convention on the Rights of the Child even acknowledged the need to offer legal protection to children before they are born. MEPs also used the 1994 Cairo conference as a tool, forgetting that, at the time, governments committed themselves to “reducing the recourse to abortion”.

The mobilisation of controversial UN experts

This visa is followed by 20 recitals. There, the European Parliament describes the background to its resolution: “rise of the far right”, the “pressure on governments and courts outside the US to roll back abortion rights”, and the “backsliding on the right to access safe and legal abortion”. Being unafraid of ridiculousness, MEPs also noted that restrictions on abortion “would have a disproportionate impact on … LGBTIQ people”

In two of those recitals, the European Parliament relies on the most controversial UN experts, since revelations in August 2021 denounced the influence of private funding on those experts. It quotes a statement signed by Tlaleng Mofokeng, an expert who called abortion a “radical act of self-love”, and Melissa Upreti, an expert funded by the Soros galaxy. The European Parliament also validated the idea of UN expert Juan Méndez, who equated restricting abortion to “torture”, an “idea” notably supported by a USD90,000 cheque from the Ford Foundation.

A distribution of good and bad points

After the recitals, the heart of the resolution itself “Strongly condemns” as a start, anything that counters abortion, and then distributes good and bad points. It “Encourages” Joe Biden, and “calls on” Texas and other southern US States to repeal their laws. The text of the MEPs “Welcomes” a vote in the US House of Representatives, but “deeply regrets” the opposing vote in the US Senate. The European Parliament also expresses “its firm solidarity with … women and girls in the US”.

Above all, the European Parliament dares to lecture the US Supreme Court on… American constitutional law! The MEPs claim to explain to the US Judges “the importance of upholding the landmark case of Roe v Wade (1973)”, as it “established a precedent”, and that an overturn of said caselaw would have “consequences”. If necessary, the resolution invites other European institutions to “condemn and denounce” such an overturn.

An eagerly awaited ruling of the US Supreme Court

The global reactions to the draft opinion of the US Supreme Court intensify the social stress on the topic of abortion, stress that is already considerable. Yet, this text is not “pro-life” in its content, because it does not state that abortion goes against the US Constitution. Its only action is to give back to the political sphere the power to establish rules on the matter, at the level of federated states (or even of the Federal State). The States will not be under the constitutional obligation to legalise abortion; however, nothing will force them to repeal it.

It is a paradox that the European Parliament is so offended by this draft opinion, as it is lining up with the stance taken by the European judges. Indeed, the European Court of Human Rights (ECHR) gives the European states the possibility to rule on abortion, in either direction. Due to the very nature of their function, the MEPs should logically approve of this idea of not letting the judge replace the politician.