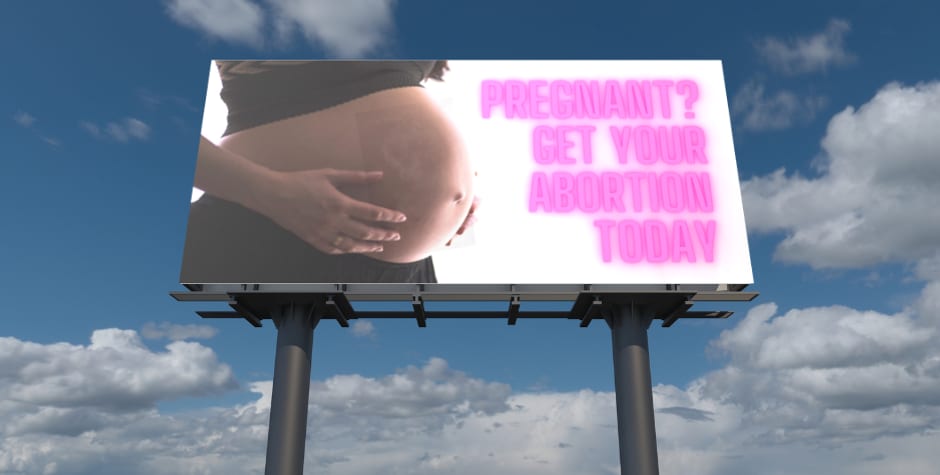 If 24 June 2022 was a day of victory for life in the United States, the same cannot be said of Western Europe, where a new law passed by the German Parliament (Bundestag) countered this news.

The majority of the Bundestag - the coalition factions of the SPD, the Greens and the FDP as well as the left-wing faction - voted in favour of a law repealing Article 219a of the German Criminal Code, which prohibited advertising for abortion.

In parallel to this parliamentary debate, the disputed article is also the subject of a petition before the Federal Constitutional Court (Bundesverfassungsgericht) since 19 February 2021. On that date, Kristina Hänel, a specialist in general medicine who was convicted by a lower court of violating Article 219a, filed an appeal to ask the Court to judge the constitutionality of this provision.

The law newly adopted by the Bundestag does not render null and void the decision to be taken by the Bundesverfassungsgericht, which alone has the capacity to rule on the constitutionality of a federal law. In the present case, the Court could therefore still declare Article 219a to be constitutional. This seems all the more likely as the case is before the Second Chamber, which is known for its attachment to conservative values. The same chamber had curtailed reforms to liberalise access to abortion in 1975 and 1993.

According to Michael Kubiciel, Professor of Criminal Law at the University of Augsburg, the deletion of this article was not necessary from the point of view of constitutional law and is instead problematic. In his view, the objective stated by the government (to provide more objective information on methods of terminating a pregnancy) could be achieved in a more targeted manner by amending the article. Furthermore, the repeal opens room for publicity, which runs counter to the requirement of the Bundesverfassungsgericht that the legislator should prevent the impression being created that the termination of a pregnancy is an 'everyday act, which corresponds to normality'.

As an NGO with expertise in international law, the ECLJ intervened as amicus curiae before the Bundesverfassungsgericht. In our written observations, sent on 28 June 2022, we demonstrated that Article 219a is in line with international law. In Article 25, the German Constitution states that it is subordinate to international treaties and that the same applies to German domestic laws. International law is therefore relevant to the determination of the constitutionality of the article in question.

Amicus curiae filed by the ECLJ

Whatever the final decision of the Bundesverfassungsgericht, the ECLJ demonstrated in its amicus curiae that the former Article 219a was, in any case, in line with international law, in particular for the following reasons:

- The Preamble to the Convention on the Rights of the Child of 20 November 1989 states “the child, because of his lack of physical and mental immaturity, needs special safeguards and care, including appropriate legal protection, before as after birth.”;

- Since the cases Brüggemann and Scheuten v. Federal Republic of Germany and H. v. Norway, the case law of the ECHR has refused to exclude, as a matter of principle, the unborn child from the scope of the protection of the Convention and to declare that he is not a person in the regard of Article 2 of the Convention;

- States have made international commitments regarding abortion, the most important and unanimous of which is to limit the number of abortions. At the International Conference on Population and Development (ICPD) held in Cairo in September 1994, UN Member States committed themselves to "reduce the recourse to abortion" and to "take appropriate measures to help women avoid abortion, which in no case should be promoted as a method of family planning". And at the Fourth World Conference on Women, held the following year and also known as the 'Beijing Conference', states reinforced the commitment taken in Cairo by affirming that “every attempt should be made to eliminate the need for abortion.” Finally, in 2014, the then UN Secretary-General Ban Ki-moon affirmed that this "roadmap (…) remains undiminished".

The amicus further noted that Article 219a fully meets the requirements of proportionality review as it pursues at least four legitimate objectives listed in Article 10 § 2 of the European Convention on Human Rights: the prevention of crime (abortion is a crime under Article 218 of the German Criminal Code); the protection of the life of others (Article 219 paragraph 1 of the German Criminal Code states that "the unborn child has his own right to life"); the protection of public health and morals.

In view of these four crucial objectives, it appears that the prohibition of advertising for abortion only concerns cases where people act for their "pecuniary advantage" or "in a grossly offensive manner". What is prohibited is therefore only speech of a commercial and advertising nature or of a grossly offensive content. In addition, the prohibition is subject to exceptions.

As regards the criminal sanction, it may seem relatively heavy - up to two years' imprisonment - but it is justified insofar as it is aimed at the prevention of a crime. Especially since in practice judges have applied fines as punishment in all the precedents: Kristina Hänel was fined 6,000 euros, while the Tiergarten District Court fined two female doctors twenty daily rates at one hundred euros each. Considering that the average gross annual income of a German gynaecologist is between 52,000 and 75,000 euros, the amount of these fines seems relatively small.

The ins and outs of the voted law

During the debate leading up to the vote on the law abolishing § 219a, Lisa Paus, the Federal Minister for Family Affairs, affiliated to the Green Party (Bündnis 90/Die Grünen), stated that the abolition of § 219a StGB was a "signal".

The Federal Ministry for Family Affairs, Senior Citizens, Women and Youth said of the new law: "Self-determined family planning is a human right. Germany is obliged to preserve and enforce this right. The Federal Government wants to go further and strengthen sexual rights. It will therefore set up a commission on reproductive self-determination and medically assisted reproduction, which will examine, among other things, whether it is possible to regulate the termination of pregnancy outside the criminal code.”

This prompted Beatrix von Storch, an AFD member of the Bundestag, to tell her colleagues: "In a moment, when the law is repealed, you will be jubilant. But don't forget one thing: you can only do it because you are alive and well, while a hundred thousand children in this country will never be able to rejoice."