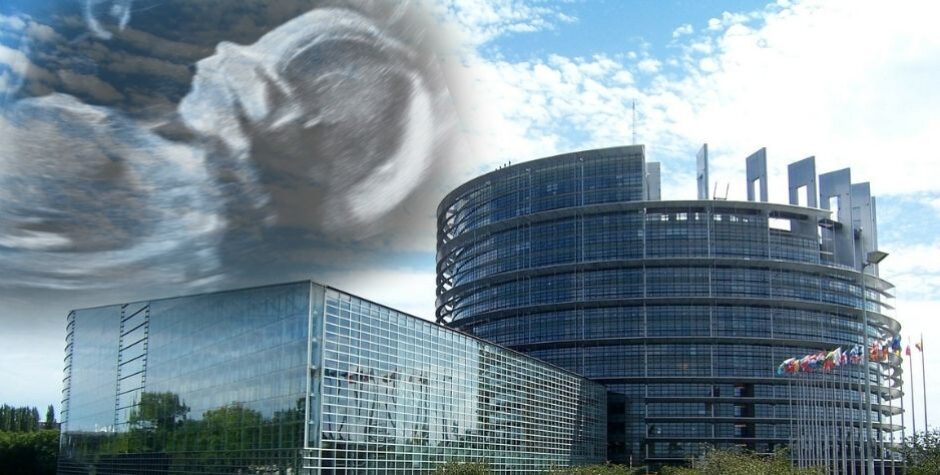 EU: Misapplying of the Right to Health

As you may know, the European Parliament finally adopted the Matić Resolution on abortion, with 378 votes in favour, 255 against, and 42 abstentions. It is a defeat, marked however by a strong mobilization of all right-wing parties, including the main one, the European People's Party (EPP), whose commitment to the unborn was not assured in advance.

However, this mobilization was not enough to counter the alliance of liberals, ecologists, and socialists who currently have a large majority in the European Parliament.

This defeat is therefore primarily the result of the loss of the majority of the right wing in the European Parliament since the last European elections. Even if the three right-wing groups—Identity and Democracy (I&D), European Conservatives and Reformists (ECR), and the EPP—had voted as one against this pro-abortion project, they would not have won. This is almost what happened; the I&D and CRE groups voted almost unanimously against the Matić Resolution and the EPP two-thirds against it.

On the other side, the center and the left formed an almost flawless block on this abortion issue. Only a very small minority, who can be counted on the fingers of one hand, abstained from voting for the Matić resolution.

Considering these votes and seeing the alternative proposals carried by the right-wing groups, one cannot help but notice the liberalization of these parties on the subject of abortion. Only a minority of MEPs are actively opposed to "a right to abortion". The alternative resolutions of the ECR and EPP groups did not propose to ban eugenic abortion or abortion on demand.

The proposal of the ECR group was short and consensual because of its objective reminder of the law: the incompetence of the European Union on the subject of health; abortion is not a fundamental right but conscientious objection is.

The proposal of the EPP group was a little longer. While making some concessions, notably on the promotion of "comprehensive sex education", this alternative resolution made more proposals in the right direction. First, it promoted a clear distinction between "abortion" and "sexual and reproductive health", as the "pro-abortionists" seek to integrate and equate abortion with a sexual and reproductive health right. The EPP group also wanted to recall that abortion is not a method of contraception and that "everything must be done to reduce the number of abortions", supporting families and helping them also when they have infertility problems.

However, despite some concessions and a consensual drafting, the EPP proposal had only one vote from the left, that of a Green/EFA MEP (see voting results).

The left is indeed increasingly united and determined to promote a right to abortion, so much so that it is no longer objectively "pro-choice", but only "pro-abortion". Indeed, all attempts to amend the Matić resolution by recalling the duty and interest of states to prevent abortion and to help women keep their children were rejected in the parliamentary committee. The left's fight against women's cooling-off periods before an abortion also illustrates this determination to really push women to abort, as if the alternative to abortion should not exist. Conscientious objection has become for the left a legal scoria, a vestige of a moral order that must be ended. The resolution devotes three paragraphs to it (36 to 38) to urge States to empty it of its substance and effectiveness. When it comes to abortion, women should not think too much, and neither should medical personnel.

This ideological blindness is also perfectly illustrated by French MEP Raphaël Glucksmann, who was a staunch supporter of this Matić resolution throughout the debates. A few days before the vote, pro-life associations sent a small box to all MEPs, the contents of which were shared by some, including Mr. Glucksmann: 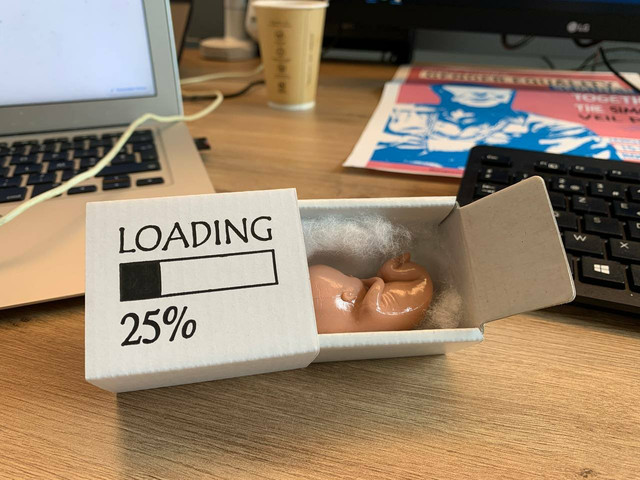 In front of this, Mr. Glucksmann exclaimed on his LinkedIn account against the associations that sent the plastic foetus: "you do not impress us. On the contrary, you encourage us to defend the freedom of choice and self-determination!"

How can he not see that these associations want to make him understand in the most concrete way possible what an abortion performed at 12 weeks ends? What blindness!

Incidentally, the only mention of the word "child" that existed in the Matić motion for a resolution was deleted in the final vote in paragraph 38, which concerns conscientious objection. The proposal stated that "this conscience clause also hinders access to prenatal screening . . . also in many cases obstructs the successful treatment of a child during pregnancy or immediately afterwards". The final version still charges that conscientious objection prevents "the successful treatment during pregnancy or immediately afterwards," but no longer refers to the "child". This is the one and only change in the document between the proposal and the final resolution.

The adoption of the Matić Resolution is therefore a new step. It is not a final victory for the Left, as states are not obliged to transpose its content into their national law, but it is an additional text that it will use to put pressure on conservative European governments.

The fight against this drift must continue because this is, once again, only a step to make abortion everywhere in Europe not only "a freedom", but "a right" in the name of health and perhaps soon "a duty" in the name of ecology. Indeed, legally, as soon as the legislator enshrines a practice in law, it becomes a good. Logically, the legislator can also encourage and sometimes even, under certain conditions, force the holders of this right to exercise it. This is what certain green politicians, who fully assume to be neo-Malthusian, have begun to promote, such as Yves Cochet, former French Minister of the Environment. According to him, family allowances should be reduced: "The more children you have, the more your allowances decrease until they disappear after the third birth"; and this should be done in the name of ecology: "Not having more children is the first ecological gesture."

More and more press articles are echoing the environmental impact of an additional child by evaluating their CO2 production. Citizen groups, as well as media personalities, claim that they wish to have fewer or no children, out of respect for the planet.

A kind of one-child policy with an environmentalist twist is looming in Europe. Although this perspective may seem distant or unrealistic, the European left will continue its fight against conscientious objection and promote abortion as part of the right to health.

These voting results and perspectives confirm the need to adopt both a social and intellectual approach to abortion.

Intellectual: because we must defend true human rights and fight the culture of death to its roots.

Social: because it is necessary to help couples and women not to resort to abortion, by promoting a social policy of prevention of abortion.

It is not possible to fight the culture of death without making an effort to understand it, and without proposing a policy of acceptance and respect for life. At the ECLJ, we are determined to continue this effort, convinced of the value of every human life.

For all those who wish to continue this effort, we are making available documents and analyses of the highest possible quality. Knowing that summer is a good time for reading, we offer you two synthesis texts:

Why abortion is no human right

You can find other substantive texts on this page.

Thanks to all those who supported our actions against this Matić Resolution.