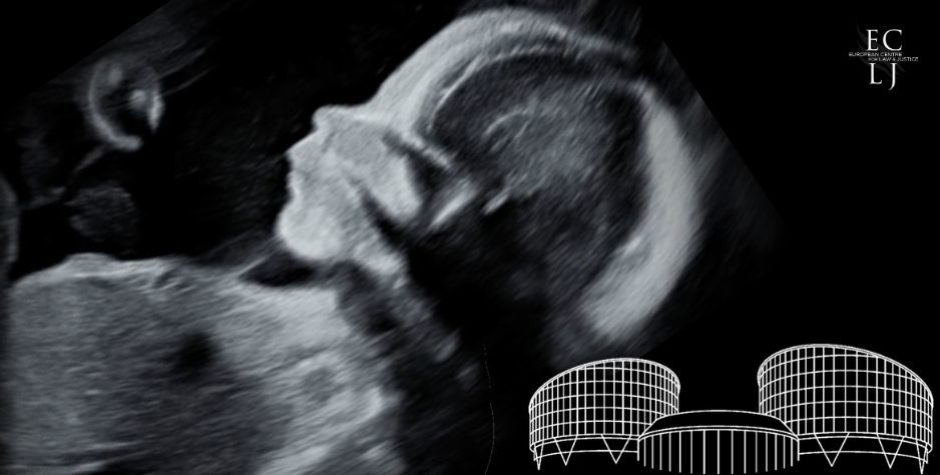 According to Mr. Boštjan M. Zupančič, a former judge at the European Court of Human Rights (ECHR), the practice of abortion raises the question of the existence of the legal personality of the unborn child, or in other words, whether it has rights and duties, including the right to live. The purpose of this text is to resume several of his arguments in favour of a recognition of the legal personality of the foetus in utero, as developed in his book: "Sur la Cour européenne des droits de l'homme: rétrospective d'un initié, 1998-2016" published in December 2018 by l'Harmattan.[1] He was approached to be a Rapporteur at the United Nations, but his position on abortion, which was made public, seems to have disqualified him.[2]

The paradoxes of the ECHR

First of all, the drafters of the European Convention on Human Rights were mindful that birth was not to be the starting point for legal personality. According to Judge Zupančič, the founding fathers of the Convention implied that the embryo and the foetus, although in utero, were holders of human rights, including the right to life as provided for in Article 2 of the Convention. When the European Convention was drafted, abortion was the subject of extensive criminal law repression in Europe. Moreover, the absence of abortion among the list of exceptions to the right to life (art. 2§2)[3] shows that abortion is not protected by the Convention. For all these reasons, the Convention should therefore reasonably apply to all persons - including the unborn child.

Yet, in the 2005 Vo v. France case,[4] the ECHR considered that it does not need to answer the question of the legal personality of the unborn child because "the protection of the child can be achieved through the mother". The Court thus considers that the child does not have to be the object of a particular protection even though the mother does not necessarily wish to protect her child. In the present case, one of the judges, Georg Ress, delivered a dissenting opinion in which he clearly stated that "the notion of “everyone” (“toute personne”) as including the human being before birth and, above all, the notion of “life” as covering all human life commencing with conception, that is to say from the moment an independent existence develops until it ends with death, birth being but a stage in that development [...] Yet the failure to give a clear answer can no longer be justified by reasons of procedural economy. Nor can the problem of protecting the embryo through the Convention be solved solely through the protection of the mother’s life. As this case illustrates, the embryo and the mother, as two separate “human beings”, need separate protection. "[5].

The 2015 case of Lambert et al. v. France[6] highlighted another paradox. On the one hand, the Court considered that Vincent Lambert, in a pauci-relational state, was endowed with legal personality but that he did not have a right to life; and on the other hand, it denied the foetus in utero, which presents neurological vital signs superior to those of Vincent Lambert, the right to be recognized as a person endowed with legal personality. The Court therefore makes of birth the criterion for the child to be considered as a person, to whom legal personality can be recognized. And yet the foetus already has a great deal of brain activity at 12 weeks of age as well as the appearance of a small baby[7]. It is known, moreover, that at the psychological level, everything that the baby experiences and feels in utero has a strong impact on their lives[8].  They are a person themselves. Moreover, at a certain stage of development of the foetus, it is even necessary to kill them in utero before expelling them from the woman's body.

In Roman law, according to Julius Paulus Prudentissimus (II-III century AD), the one who is about to be born is considered, as far as his rights are concerned, as already born (Nasciturus pro iam nato habetur quomodo de iuris eius agitur). This jurist explicitly acknowledged the unborn child with an unequivocal juridical personality, the fiction residing only on the birth that has not yet taken place but not on their existence. This adage has been adapted and preserved in French law, allowing a child conceived at the time of the death of their parent to be considered as an heir (art. 725 of the Civil Code). How could the unborn child only be recognized certain rights in utero, including the right to inherit - on the condition that they be born alive and viable - but not the right to live? Either the unborn child is endowed with legal personality from the moment of conception and can therefore inherit, or they are not, in which case no rights should be granted to them.

When the unborn child present in the woman's womb is killed, a distinction must be made between whether the mother consented or not. Thus, if the death of the child is the result of a forced abortion suffered by the mother at the hands of a third party, the abortion may then be qualified as a criminal offence, manslaughter[9] but also as a civil law offence. However, if the mother consents to her abortion, in this case there is no longer any criminal or tortious offence. In short, the presence or absence of the mother's consent to abortion has an impact on the legal nature of the foetus. In one case they have no legal existence and in the other they do. This indicates an inconsistency, the (legal) existence of the child cannot depend on consent, but only on an objective reality.

Animal rights and the rights of the unborn child

Animals are subject to increasing legal protection. Thus, both courts and parliaments in different states have granted legal personality to dolphins or monkeys [10]. They are no longer simply objects, personnal property. This legal personality, which in principle makes the person holder of rights and obligations (how could an animal be the holder?), is a legal fiction whose purpose is to protect animals from cruelty, torture or degrading treatment. If the purpose is praiseworthy, the means is inadequate since these animals will never be able to claim these rights for themselves. The treatment is quite different for the unborn child who is denied a legal personality and even, a minima, legal protection[11]. It seems incongruous that so many people today seek to protect animals without seeking to protect the human baby.

The reality of abortion

To think that abortion allows the woman to no longer be pregnant, that the child no longer exists is a lie. It only makes her the mother of a dead child. Moreover, the principle of the free disposition of the woman's body by herself as justification for abortion is an untenable fiction. There is the body of the woman and the body of the foetus: they are two distinct bodies. Their genetic heritages are different, they have two different hearts. Even if legally only the woman has a legal personality, there are two persons and therefore two subjects of rights. To deny it to the unborn child is a fiction.

2] Candidate for Special Rapporteur on the independence of judges and lawyers: https://www.ohchr.org/EN/HRBodies/HRC/SP/Pages/HRC29.aspx https://www.ohchr.org/_layouts/15/WopiFrame.aspx?sourcedoc=/Documents/HRBodies/SP/CallApplications/HRC29/Judiciary/ZUPANCICBostjan.doc&action=default&DefaultItemOpen=1 (consulted on 16/01/2020).

9] For the only example in France, abortion performed without the woman's consent is a crime, punishable by 5 years in prison and a fine of 75,000 euros (art. 223-10 of the Penal Code), see also the different interpretations of the Cour de cassation to retain or refuse, depending on the case, the qualification of manslaughter when the foetus in utero dies as a result of a car accident (notes 57 et seq. under article 221-6 of the Penal Code, Dalloz, 2017).

11] This can be seen with the possibility of having an abortion later and later in the pregnancy, but also with the addition proposed by Yval Shany, Israeli member of the UN Human Rights Committee (CCPR), which was accepted in the General Comments on Article 6 to allow abortion without time limit in case of pain or suffering of the pregnant woman.