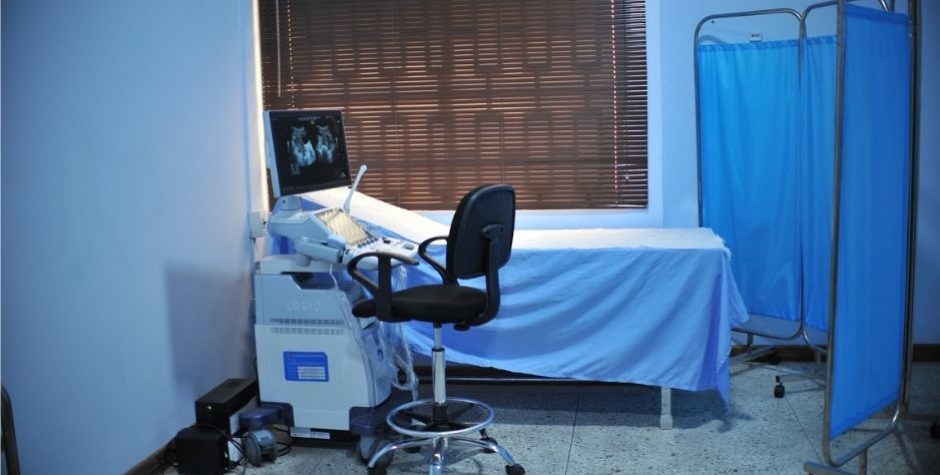 In the pending case B.B. v. Poland,[1] the Polish law on abortion and conscientious objection is being challenged before the European Court of Human Rights (ECHR). In essence, the applicant complains that she suffered from the birth and death of her disabled son. She believes that the Polish health care system is responsible for this, due to a doctor's refusal to perform an abortion after 24 weeks of pregnancy.

The ECLJ, authorized by the Court to intervene in the case as a third party, filed its written observations in September 2020. These provide legal expertise that is gaining momentum with the vast political and media campaign in which this case was born in 2014 and of which this procedure before the Court is only an extension.

The request to abort a child after the discovery of his disability at 22 weeks of pregnancy.

The applicant, "B.B.", after four miscarriages, began an in vitro fertilization (IVF) procedure in early November 2013, at the age of 38. Eventually, the applicant conceived the child in a private clinic. At 22 weeks of pregnancy, a prenatal examination revealed that the child was severely disabled.

The applicant wished to have an abortion, but after 22 weeks of pregnancy, Dr. Bogdan Chazan, then director of the Holy Family Hospital in Warsaw, refused to perform an abortion out of respect for the unborn child and to avoid "damage that abortion could cause to the mother especially within this age of pregnancy" (see appendix to the observations). Such an abortion would have been illegal as long as the child would have been viable ; and the child had exceeded the WHO's viability threshold of 22 weeks.

However, the doctor took into account B.B.'s desire not to continue the pregnancy to term, by stopping her anti-contraction medication and removing the cervical cerclage, which had previously been placed to prevent a possible natural miscarriage. Finally, on June 30, 2014, the applicant's son was born prematurely, by Caesarean section, one month before term. He received palliative care and died on July 9 of the same year.

Mrs. B.B.'s suffering is real. Indeed, the child she had conceived was severely disabled, she watched him being born handicapped and called a "monster" in the media, and he died ten days after his birth. Ms. B. B. does not complain about the suffering of her disabled child, who was receiving palliative care, but about her own suffering. She claims that she would have suffered less if her child had been aborted.

The suffering of a woman instrumentalized for strategic litigation

Encouraged by the media and associations, the applicant has used or joined several appeals. A non-judicial procedure with an Ombudsman led to the finding of a violation of the petitioner's rights (06/14 - 18/15), then to disciplinary proceedings against Dr. Chazan, which were later abandoned (05/15). Civil liability proceedings led to an amicable settlement between the hospital and the applicant (04/17). In addition, criminal proceedings, initiated separately by a left-wing Polish political party, were abandoned by the prosecutor (04/15).

The applicant's rights as a patient were recognized. She freely accepted the amicable settlement of April 2017, which ended the civil proceedings in Poland. The politico-media campaign that supported Ms. B.B. also resulted in the former mayor of Warsaw dismissing Dr. Chazan from his position as hospital director (07/14). She thus obtained and accepted compensation and reparation, as much on the judicial level as on the political and symbolic level.

Ms. B.B.'s application to the ECHR is in fact a strategic litigation, i.e. a judicial remedy used to achieve a more global objective of a political nature. The applicant's lawyer at the Court is Marcin Szwed, who is a member of the Strategic Litigation Team of the Helsinki Foundation (Poland).[2] According to this NGO, taking a case to the ECHR is "a method of obtaining innovative decisions to change laws and practices.[3]

Strategic litigation is used here to promote the abortion of disabled children. The applicant's first lawyer in Poland is Marcin Dubieniecki, who is now in prison for organized crime involving the extortion of 248 disabled people. He has already served sixteen months in prison and is facing another fifteen years. He is also supported by the Helsinki Foundation.[4]

The first cause for surprise is that the ECHR agreed to judge this case even though no Polish court decision is being challenged.

In principle, an appeal is only admissible at the ECHR if it is aimed at a final and internal judicial decision. However, this is not the case here since Mrs B.B. has reached an agreement with the hospital.

This case is therefore manifestly inadmissible, and it is incomprehensible that it was favourably received by the Court's registry according to legal criteria. Only ideological motivations can explain it, which is highly probable because among the Court's lawyers in charge of Polish cases there is a radical activist such as Katarzyna Szwed who is a member of the "Feminist Revolutionary Brigade" (Feministyczna Brygada Rewolucyjna) and spokesperson for Polish demonstrations for abortion[5] or against Christianity.[6] She was one of the organizers of the demonstrations of March 23, 2018 in favour of abortion (known as Black Friday), and declared, among other things, that the Church "is the enemy of women's rights and human rights".

This request for strategic litigation poses another problem of judicial ethics[7]  because two judges likely to sit in this case were members of the board of directors of organizations close to the Helsinki Foundation, which represents the applicant. Ksenija Turković and Tim Eicke have been directors respectively of the Open Society Institute of Croatia and Interights, which have in common with the Helsinki Foundation of Poland[8] to be funded by George Soros' Open Society Foundation (OSF). According to the Open Society, these financial dependencies are aimed at establishing true "alliances in pursuing crucial parts of the open society agenda."[9] If these two judges sit on the B.B. case, there will be doubts about the impartiality of the Court.

Since the petitioner and the hospital have reached an agreement, the petitioner is no longer a "victim" within the meaning of the Convention, and the Court should declare this application inadmissible. However, assuming that this application be declared admissible and examined on the merits, the ECLJ took advantage of its written observations to recall some principles on abortion and the right to freedom of conscience.

The ECLJ relied on the case law of the Court according to which the European Convention cannot be interpreted as conferring a "right to abortion"[10] and the unborn child cannot be excluded as a matter of principle from the right to life within the meaning of Article 2.[11] In all cases "The [pregnant] woman’s right to respect for her private life must be weighed against other competing rights and freedoms invoked including those of the unborn child".[12] The national legislature has a wide margin of appreciation regarding such "weight".[13]

With respect to freedom of conscience, the ECLJ reminded the Court that, according to its jurisprudence, if a state chooses to legalize abortion, it is the state that has an obligation to reconcile access to abortion with the effective exercise of the freedom of conscience of health professionals.[14] Thus, Dr. Chazan who was not to be held responsible for providing access to abortion to the applicant.

Finally, because of the amicable settlement between the hospital and the petitioner, the facts were not established by the Polish justice system, and the ECHR will therefore rely solely on the testimony of the petitioner. For this reason, the ECLJ has made available to the Court an additional testimony of Dr. Chazan, with his agreement. After having described the facts, he gives a reflection on the mission of medicine, in the service of life, in particular that of unborn children.

The ECLJ also stressed the need to protect the unborn child from the suffering of abortion, because abortion, especially when it is late, is traumatic for the child and for the woman. In France, in the case of late abortion, the foetus is usually killed with a lethal injection into the heart or umbilical cord, and then birth is induced. In some countries, a more brutal method is used, called dilatation-evacuation.[15] This method involves dilating the cervix and then removing the foetal limbs with forceps. To complete the abortion, the doctor makes sure that nothing is missing. If there was no prior injection to kill the foetus (as in England), or if the injection did not kill the foetus,[16] it means that the foetus was alive while being dismembered. This frightening and cruel method is inhumane and constitutes real torture.

It is difficult to argue that the practice of such an abortion would have been more respectful of the child than a birth with palliative care, and would have caused less suffering to the child. The description of this practice also helps to understand the reasons for the doctors' conscientious objection.

[2] See Appendix 5 of the report of the ECLJ "NGOs and the Judges of the ECHR, 2009-2019": Delphine Loiseau, The “Strategic litigation” team of the Helsinki Foundation for Human Rights (Poland) and cases before the ECHR January 2020.

[3] Excerpt from the 2018 Strategic Litigation Report of the Helsinki Federation for Human Rights (Poland), p. 3: “Strategic litigation as a method of obtaining ground-breaking decisions with a view to changing laws and practices could in no way do without the use of such a measure as the ECtHR application”. See also the report of the OSJI "Global Human Rights Litigiation Report", April 2018: https://www.justiceinitiative.org/uploads/4e9483ab-a36f-4b2d-9e6f-bb80ec1dcc8d/litigation-global-report-20180428.pdf (checked on 01 February 2020).

[8] See for example the information published by the OSF and the European Union Transparency Registry for the year 2017.

[16] According to a study, injection actually causes death in 87% of cases. This means that in 13% of cases, the child survives. Nucatola D, Roth N, Gatter M. “A randomized pilot study on the effectiveness and side-effect profiles of two doses of digoxin as fetocide when administered intraamniotically or intrafetally prior to second-trimester surgical abortion”. January 2010, 81(1):67-74.

El Salvador: A Case of InfanticideBy Ligia Castaldi1600850186398
The Inter-American Court of Human Rights will rule on an important case on abortion against El Salvador. The ECLJ will intervene before the Court in defence of human life. Professor Ligia De Jesús...
Read More

Covid-19 & women’s reproductive healthBy Christophe Foltzenlogel1600149600000
The Working Group on Discrimination against Women and Girls of the Office of the United Nations High Commissioner for Human Rights is preparing a report on the sexual and reproductive health and...
Read More

Abortion for Psychological Distress?By ECLJ1599817686835
The Assembly adopted, as part of the bioethics bill, an amendment adding "psychosocial distress" to the grounds for authorizing a medical abortion up to birth. Article published in The FigaroVox on...
Read More
More Related Articles